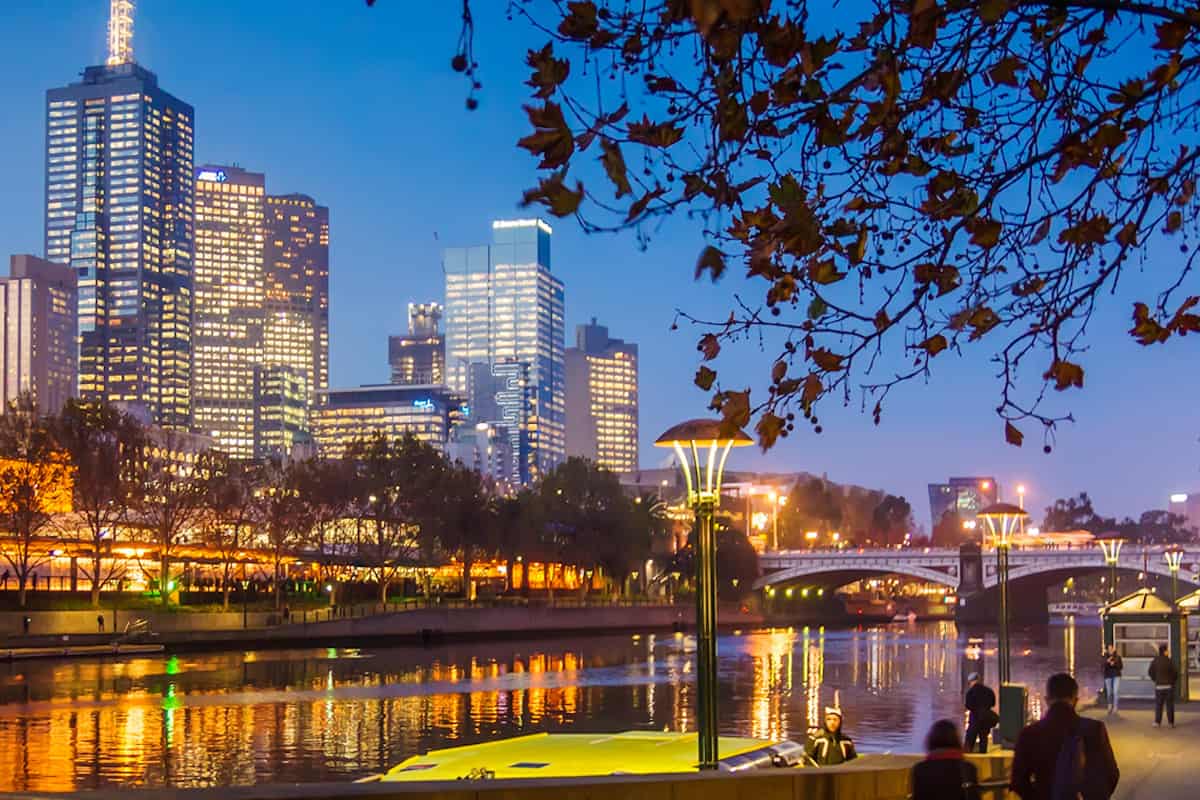 How can you tell if someone’s from Melbourne? Easy. They’ll tell you.

In the same way that vegans love telling people that they’re vegan or how someone who’s just taken up CrossFit won’t stop yapping on about it, there’s nothing Melburnians love more than bragging about their city. Particularly around Sydneysiders. Much of Australia’s modern history has been defined by the great rivalry between its two biggest cities – hell, Canberra only exists because Sydney and Melbourne couldn’t settle their fight over who should be the capital.

A huge point of pride for Melbourne is its title of ‘world’s most liveable city’. Most Australian capital cities consistently rank pretty highly in these liveability rankings, but Melbourne has been the most awarded, notably taking the top spot in The Economist Intelligence Unit’s (EIU) Global Liveability Ranking for seven years in a row between 2011 and 2017.

But with Victoria currently locked down with stage 4 social isolation requirements and Melbourne solidly the current epicentre of COVID-19 cases in Australia, has Melbourne taken itself out of the running in 2020? Or is this global pandemic so terrible that everyone’s going to be doing badly, and Melbourne’s still in with a chance?

DMARGE spoke exclusively to Dr Lucy Gunn, Senior Research Fellow at RMIT’s Centre for Urban Research, who explained how the events of 2020 might affect Melbourne’s ranking.

“It’s been a challenging year and ideally any organisation measuring liveability should be acknowledging this when presenting their results. Neighbourhood liveability and access to important places such as doctors’ clinics / healthcare [or] supermarkets is more important than ever given the current stage 4 social isolation requirements happening in Victoria and the limitations placed on movements.”

“In regards to rankings, it is difficult to comment – each country and city is approaching the pandemic situation differently and these pandemic responses are extraordinary, immediate, and hopefully short-term. The rankings for all cities in the EIU index are likely to be affected but in different ways subject to the differing global responses and the differing opinions of the EIU raters.”

Dr Gunn relates how some of these liveability indexes use methodologies that could be open to bias or misrepresentation.

“Briefly, a few things are important here: first, how the index is constructed – subjectively measured data (i.e. data based on the opinion of someone (e.g. EIU uses the opinion of an EIU rater) is inherently flawed because it relies on the opinion of those creating the data; objective measures are more stable and don’t change according to peoples’ opinions.”

“A good example of this is the liveability measures from the Australian Urban Observatory. They were carefully chosen to reflect areas that influence the health and wellbeing of city residents here in Australia – they are objectively measured and offer a clear picture of liveability and the infrastructure that could be improved to support it, the data and maps clearly show where there is inequity in liveability across each of the 21 largest cities in Australia.”

“Second, the purpose and audience for an index are important – the purpose for the EIU index is for executive remuneration and work-based immigration – it isn’t designed for a broad audience, it’s not designed to help city planners or the general public understand liveability as a means for improving it.”

“Finally, some liveability indexes are composites of a number of different measures (the EIU is an example). This obscures the impact of the underlying measures. Essentially a city may perform well on one measure and poorly on another cancelling out or compressing the overall effect. This makes it difficult to understand what the individual issues are. Nevertheless, there is still value in composite indexes because they focus attention on high-level issues that can be delved into using the individual measures on which the index is comprised.”

So while it makes for a good headline or talking point, the EIU’s Global Liveability Ranking (as well as other corporate rankings, such as Mercer’s Quality of Living Ranking or Monocle’s Quality of Life Survey) don’t necessarily represent how good a city is to live in. It’s exceedingly difficult to make a broad, objective comparison between world cities.

What The Australian Urban Observatory Thinks

What is intriguing is the Australian Urban Observatory’s results. They don’t explicitly delineate ‘Australia’s most liveable city’ but instead rate each of Australia’s 21 biggest cities on nine separate indices – liveability and walkability, where they make no comparison between different cities and instead examine suburb-by-suburb data, and then seven indices where they make explicit rankings: social infrastructure, public transport, food environment, alcohol environment, public open space, local employment, and housing affordability.

Shockingly, Melbourne doesn’t rank first in any of those seven indices.

In fact, Melbourne only makes the top three in one of those indices – ranking second for social infrastructure (which is a measure of how much access residents have to community services and resources e.g. healthcare, childcare, aged care, sporting facilities and cultural amenities).

So does this mean Melbourne doesn’t deserve its ‘liveable’ reputation? Not at all.

Some of these indices are up for interpretation. For example, the ‘alcohol environment’ category measures the average distance between people’s homes and their nearest bottle shop, with cities that have a higher average distance given a higher ranking. The rationale is that access to alcohol is linked to harmful alcohol consumption and alcohol-related violence, but for many people, greater access to alcohol would be considered a positive as opposed to a negative.

Like any exercise in data analysis, one needs to look critically at the results of these rankings rather than boiling things down to a simple exercise in ‘whoever gets the most #1s wins’.

What these rankings don’t take into account is The Pandemic – which is where Melbourne may see the biggest hit to their liveability reputation, at least in the eyes of the public.

While Melbourne might be suffering particularly badly right now compared to other Australian cities, a little bit of perspective is worthwhile. Australia as a whole has been quite fortunate when it comes to COVID-19 – many other ‘liveable’ countries and cities are faring far worse than we are.

For example, Switzerland: the richest country in the world, whose largest city, Zürich, topped the most recent Monocle liveability index, has 37,403 active COVID-19 cases as of the 14th of August, while Australia has but 22,358 cases. Considering Australia has almost three times the population of Switzerland, that’s not bad.

Virtually every country on earth has been affected by the pandemic, so it will be hard to say how the 2020 rankings will reflect this global crisis. Indeed, Dr Gunn reckons that the events of 2020 will have an impact on how these organisations determine liveability going forward.

“In time, I think that other aspects related to liveability will play a role in its measurement. The measurement of disasters (e.g. bushfires, floods, pandemics) and of our environments and biodiversity will also help decision-makers, those in government, and health and emergency services prepare and understand risks associated with these big issues… [But] to have the greatest effect, these aspects need to be measured objectively.”

Time will tell if Melbourne tops the rankings this year – the jury’s still out, however.