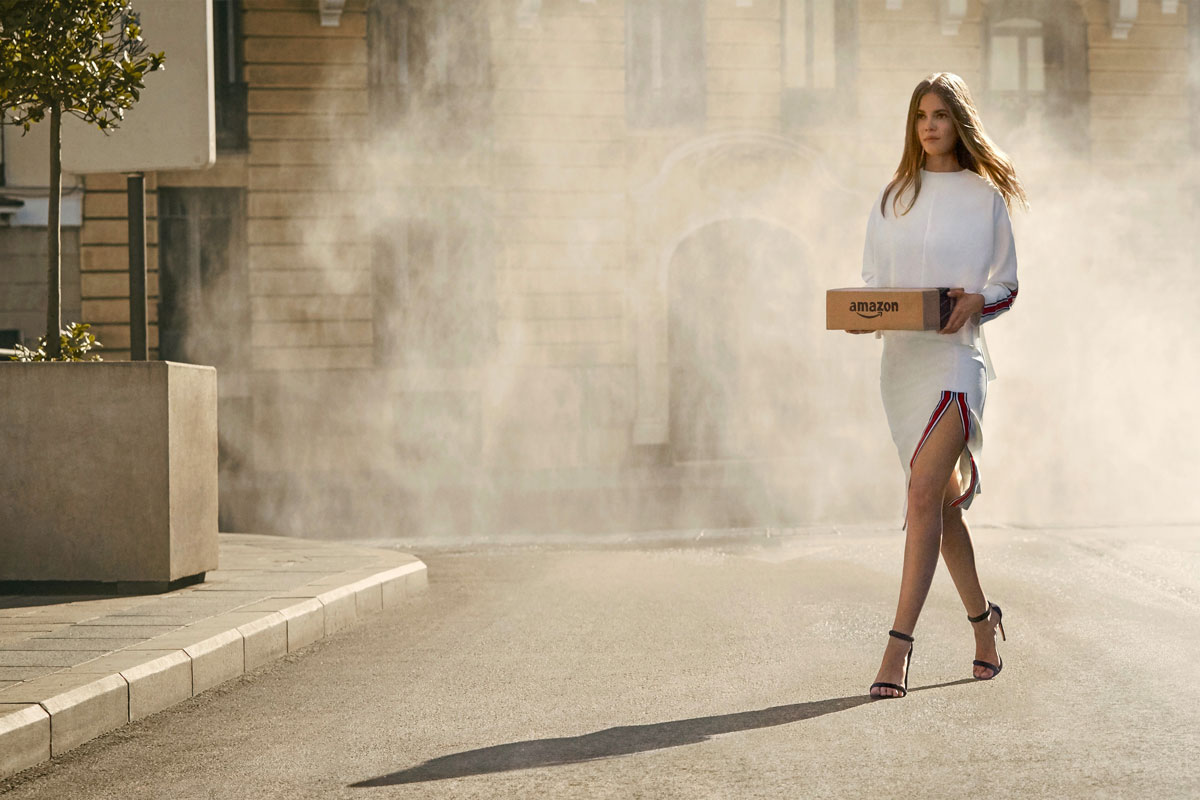 Amazon is a behemoth. The world’s most valuable brand, largest online marketplace, largest Internet company and the second-largest private employer in the United States has its influence felt in almost every aspect of daily life. Its CEO, Jeff Bezos, is the world’s richest man. It’s been one of the most successful companies of all time. You’ve probably got empty Amazon boxes under your bed right now.

But one area in which Amazon is yet to taste success is in luxury. You might be able to buy everything from books to car parts to your groceries on their platforms, but luxury brands still remain somewhat elusive for the global e-commerce giant.

Initially, Luxury Stores will be an invitation-only opportunity for American Amazon Prime members, rolling out with Oscar De La Renta’s pre-autumn and autumn/winter collections, with other brands to join in the coming weeks. Other aspects of the launch include exclusive video content starring model and actress Cara Delevingne. The platform will also offer technology like ‘View 360,’ an interactive feature available on select garments that will allow shoppers to look at items in greater detail. The announcement has certainly been good news for Amazon’s stock prices, which have already been soaring this year despite the global economic downturn.

RELATED: The Harsh Truth Of The American Stock Market Every Investor Should Know

But it’s telling that so few people – particularly in the luxury world – are talking about Amazon’s new Luxury Stores concept. The reality is that the world isn’t ready to accept Amazon as a luxury retailer just yet, even in a year like 2020 which has seen so many changes to the way we live and consume.

Let’s talk about the obvious: they chose Oscar De La Renta for their big debut? Don’t get us wrong: the American fashion house makes lovely pieces, but it’s not a brand people (particularly those who aren’t particularly familiar with luxury brands) are going to get excited about. Despite their enormous influence and effectively limitless funds, Amazon could only get De La Renta, and not a household name like Gucci, Burberry or Hugo Boss. Imagine if Amazon launched Luxury Stores with an iconic brand like Chanel?

For comparison, when luxury men’s retailer MR PORTER was launched in 2011, it had brands like Ralph Lauren, Gucci, Lanvin, Balmain and Dunhill straight out the gate. Even streetwear blog Highsnobiety managed to snag an exclusive Prada Linea Rossa collection for their online shop. Hell, when Amazon launched their in-car voice assistant Alexa Auto, it debuted in a high-end car, the Lamborghini Huracán Evo – why didn’t they deploy a similar tactic for Luxury Stores?

Maybe it shows that the big luxury brands don’t trust Amazon. Luxury brands have been admittedly slow to move to e-commerce, even in 2020 when it’s more of a necessity than ever. But online is not completely alien to them, and maybe they don’t want to sully their premium image by going with such a mass-market brand like Amazon. The exclusivity of luxury brands is part of their allure, and therefore Amazon’s ubiquity is potentially a curse rather than a blessing.

Perhaps Luxury Stores doesn’t offer enough differentiation from other platforms. Case in point: Amazon are touting ‘View 360’ as a big selling point but brands like Bulgari have had similar features on their online storefronts for ages.

But perhaps there’s more method to the madness than we’re giving Amazon credit for. By picking a brand that’s not so mainstream like De La Renta, perhaps they’re trying to flag to consumers that this isn’t just a headline grab or Amazon simply trying to bully their way into the luxury space. It’s a measured choice that’s meant to attract the attention of serious luxury consumers – hence the invitation-only initial release.

Amazon have also said that more brands are on their way, so it’s likely they’re saving the shock and awe brands for later down the track. Watch this space: we bet in a few months’ time they’ll whip out a name like Louis Vuitton or Balenciaga and people will start taking Luxury Stores seriously.

There’s also a lot to be said about convenience. While Luxury Stores might not compare to the ‘premium’ experiences other online (or brick and mortar) retailers offer, consumers’ familiarity and integration with the Amazon ecosystem of products could be a compelling reason for shoppers to turn to Luxury Stores.

Time will tell how successful Amazon’s luxury experiment is. We’ll get a clearer picture when (or if) Luxury Stores has an ‘open beta’ or broader release.