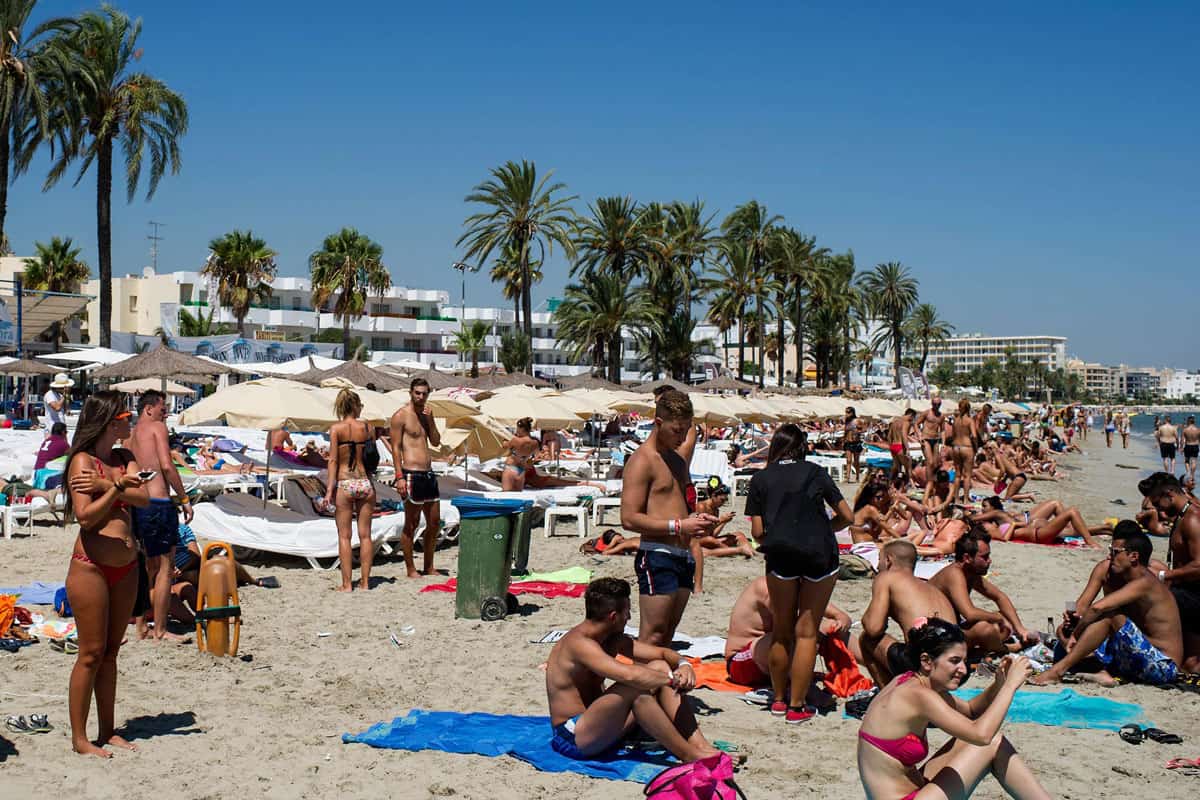 Sticky sand. Peeling skin. Blistering headaches. Unforgettable memories. Ibiza is a perilous cocktail of sun and fun – the mecca British tourists just can’t resist. Britons are – economically – to Ibiza what Australians are to Bali and Americans are to Miami (and arguably what Russians are to Bulgaria’s Sunny Beach).

But despite raising travellers’ dopamine levels to outrageous heights for 40 years (it’s come a long way from the underground dance party scene of the 1980s), Ibiza may now be facing an extended hangover, as the destination’s most well-known attraction – super clubs with world-class DJ’s and masses of sweaty revellers – are poised, for the foreseeable future, to be outlawed thanks to the pandemic.

With three million visitors normally gracing Ibiza’s shores during the summer months alone (close to 75% of the island’s 147,000-plus population get their income from tourism, directly and indirectly), this could prove quite a shockwave.

Of course, there is a lot more to Ibiza than clubs (Spain’s Balearic Islands are home to some pristine natural attractions), but economically speaking, this is a low key disaster.

Right now, if it weren’t for The Bat Kiss, young Europeans would still be spilling out of Ibiza’s beaches, bars and throbbing nightclubs, enjoying the tail end of Ibiza’s peak tourism season.

That’s not the case, however. As Juan Miguel Costa, Ibiza’s tourism director, recently told CNN Travel: “There’s no tourism at all, now, on our island… Just a few people coming just for a few days.”

“We had a very bad summer. And the thing is that we will have a very, very bad winter.”

“Thanks to a summer characterized by Covid quarantines, shuttered nightclubs and canceled flights – the Balearic Islands… are suffering from an abysmal hangover without even having enjoyed the night before,” CNN Travel reports.

Will Ibiza now need to pivot, then, to an economy that doesn’t rely on massive nocturnal gatherings?

Rosana Morillo, general director of tourism for the Balearic Islands, told CNN Travel, “this current situation is an opportunity for us to change our model, for the hotels to change the offers they make based on these, let’s say, alcohol consumption and cheap holidays.”

“Even if virus cases dwindle again, and countries lift their quarantines, a clubbing vacation is largely out of the question in the age of Covid,” CNN Travel reports.

Costa told CNN Travel, coming out of 2020, Ibiza would look to maximise the whole spectrum of attractions which – to the degree it can be done safely – may also include nightlife.

“What is in our mind is to be able to let people know that in Ibiza we have nightlife, as well, of course we have parties, but as well we have other products that are really interesting,” he told CNN Travel.

“If you are a family with two kids, you can come to Ibiza without any problem […] It’s not a full party island. That’s what we try to let people know, that is important for us.”

This could also be a chance to go back to the future. As thenational.ae reports, “Ibiza Rocks is reopening this month and aims to offer a socially distanced al fresco clubbing experience.”

“The rock & roll-themed Pikes Ibiza in the San Antonio hills [reopened] in July, with a focus on ‘a bucolic Ibiza past, a time when life was more laid-back and our hotel guests and island characters gathered under the stars for magical Mediterranean evenings.'”

Scubadiving is also tipped to be another point of attraction due for a resurgence.

As for those that come to Ibiza purely to revel, the future remains uncertain. But one thing is for sure – the demand for live DJs and music isn’t going anywhere, even if we can’t have them right now.

As Luke Neville, owner of PR firm Listen Up Neville recently told The Guardian (after discussing the idea of ‘live stream’ DJs), “Good music will always be good music but there’s something about hearing a record and going, that was the tune me and my mates were listening to in Ibiza last summer.”