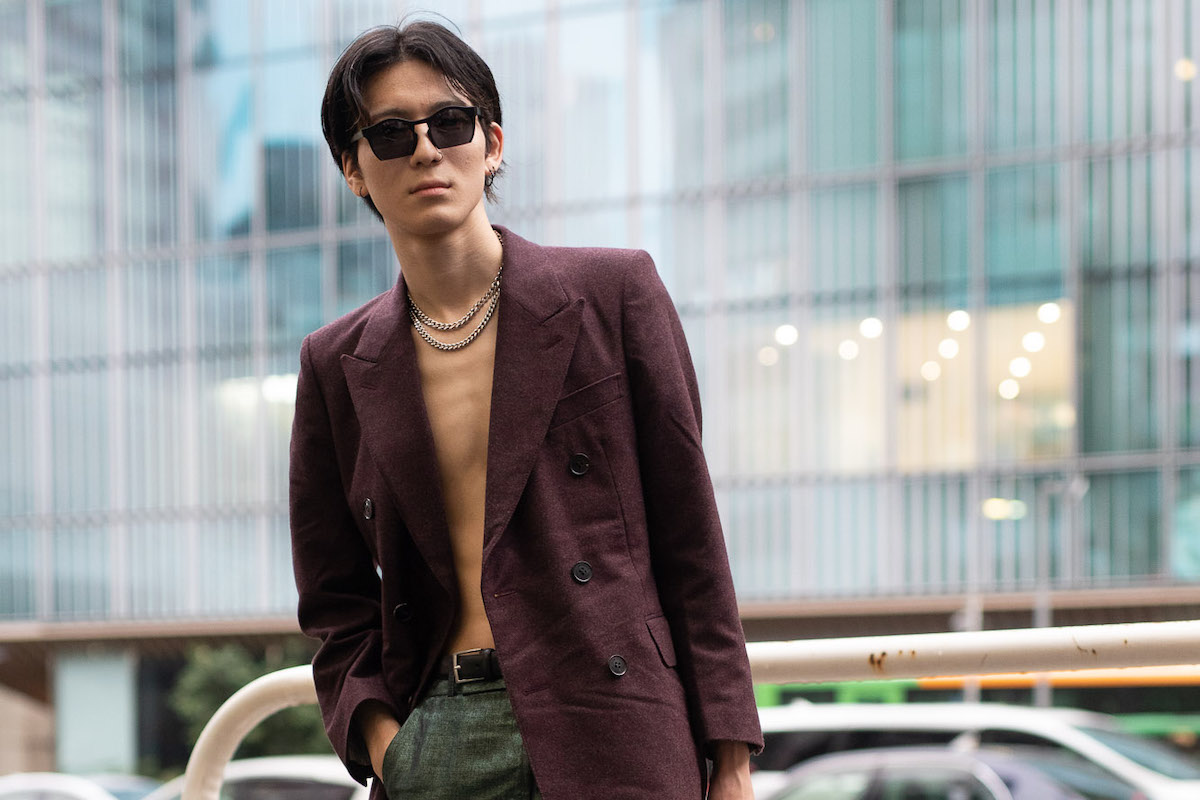 One of the many well-heeled men at the Rakuten Fashion Week SS21 show on October 15th in Tokyo. Image: Matthew Sperzel/Getty Images

Stereotypes are rude but often true.

Just as ‘Australian fashion’ used to be considered an oxymoron or punchline for most of the 20th century, some countries are world-renowned for their sartorial expertise. Just the words Milan or Paris immediately conjure up thoughts of fashion weeks, luxury brands; fancily-dressed men and women.

Yet those in the know would tell you that the real fashion capital of the world isn’t in Europe, but in Asia: the Japanese have long been regarded as the world’s most fashionable nation.

Not only are Japanese people, generally speaking, particularly fashion-forward, but the Land of the Rising Sun is also home to brands like Comme des Garçons, fragment design, NEIGHBORHOOD and Uniqlo; world-famous shops like Beams, atmos and Dover Street Market; plus acclaimed designers like Yohji Yamamoto, Jun Takahashi, Issey Miyake, Nigo and the recently-departed Kenzo Takada.

Japanese men in particular are well-regarded for their impeccable fashion sense, and the way they dress has had enormous impacts on modern style. The streetwear, workwear and retro emphasis that defines much of modern men’s fashion in 2020 is straight from the streets of Tokyo in the 90s. Even modern sneaker culture – which revolves around limited releases and building up hype – owes much to the fastidious footwear collectors of Japan, which has long been the world’s #1 destination for rare kicks.

The real question is this: what do Japanese men do differently to men in other parts of the world?

It’s a simple answer, but it’s because the Japanese care more about fashion than other cultures.

Firstly, they’re master curators. Not only does Japan have a rich fashion culture all of its own – think the kimono, tabi, noragi or hachimaki – but the Japanese have always been masters of taking the best looks from abroad and applying a distinctly Japanese edge.

Case in point: Japanese denim is well-known and regarded for its quality and timeless fashion appeal, with celebrities like John Mayer, Kid Cudi and Benedict Cumberbatch just some prominent devotees of the stuff. Denim’s a great case study where the Japanese have taken an element of another culture – in this case, American fashion – and elevated it beyond its origins. The same could be said about Japanese whisky, watches or cars.

While there’s definitely a consumerist, disposable culture within mainstream Japanese society (there’s a cultural obsession with ‘the new’), that doesn’t extend to fashion. Indeed, the Japanese have been well ahead of the curve when it comes to investing in quality basics and timeless goods. Some brands that emphasise this old-school approach to men’s clothing include Hender Scheme, Visvim, Wacko Maria and WTAPS.

It’s also why sneaker culture and streetwear had their genesis in Japan: while Australians obsess about the housing market and the Spanish obsess about food, the Japanese obsess about fashion. Perfecting a ‘fit’ and standing out from the crowd is the way Japanese men express their individuality.

RELATED: The ‘Untranslatable Secret’ To The Perfect Spanish Meal

Perhaps the most striking thing about Japanese men’s fashion is that unlike Australians for example, they’re not afraid to take risks, experiment and wear what they want. Too much of modern men’s fashion is ‘ironic’ – like wearing chunky dad sneakers, aviator prescription glasses or growing out a ‘skullet‘.

The Japanese don’t buy into that sort of thinking, however. They wear what they like because they like it, not because they think someone’s going to recognise the brand, or let them into a party. It’s about creating a community instead of riding a wave.

That’s perhaps the biggest takeaway from Japanese men’s style: do your research, consider your choices, and wear your clothes with confidence. That’s another thing worth keeping in mind: confidence makes you more attractive, too…