‘Humbling’ 1951 Encounter That Changed The Course Of Porsche In Australia

From Stuttgart to Southbank. 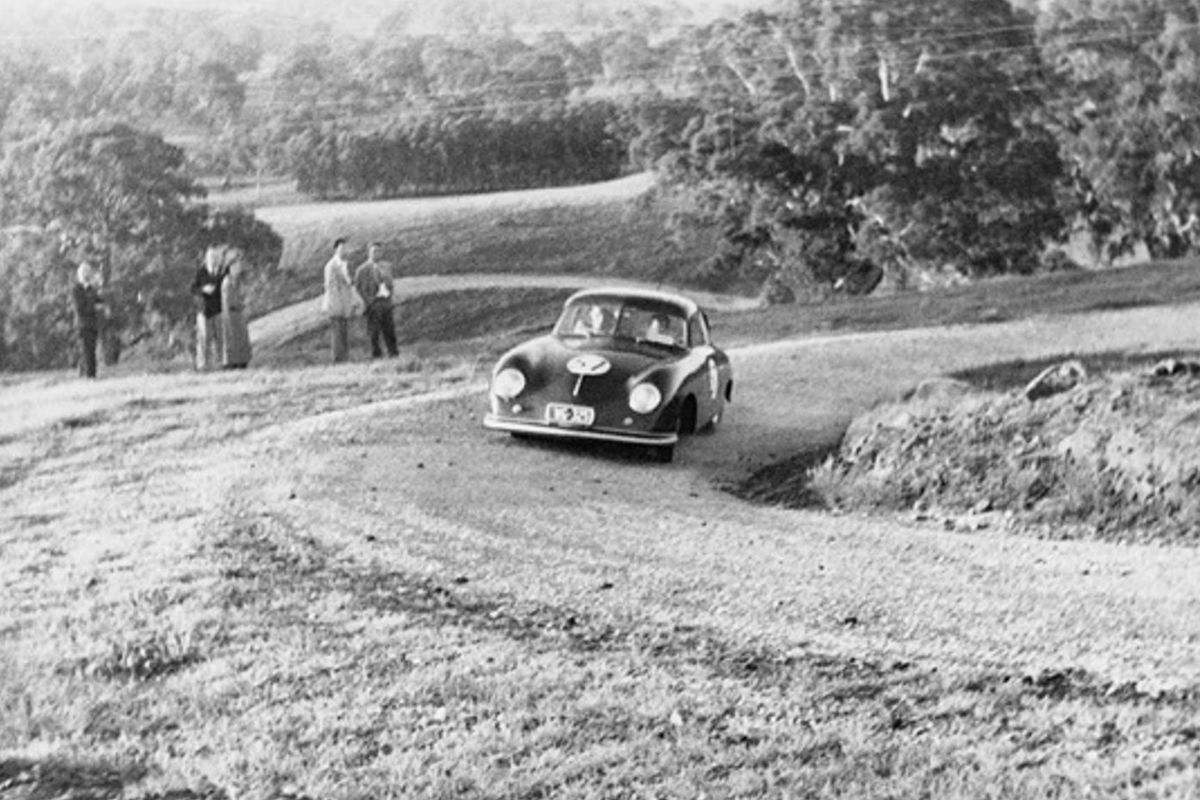 Some car brands have found their most dedicated fans a long way from home.

The classic Mini might be adored as an icon of British culture, but the car found an unexpectedly passionate following in Japan. Ferrari makes most of their sales in the Middle East, their supercars a common sight on the streets of Dubai. The classic Volkswagen Beetle was still being manufactured in Brazil and Mexico until very recently, and while General Motors doesn’t sell many Buicks in the United States any more, it’s one of the most popular car brands in China.

Australians have always had an appetite for high-performance German cars – with Audi’s RS, BMW’s M and Mercedes-Benz’s AMG divisions finding one of their biggest markets in the Land Down Under – but our affinity with Porsche has a long and unique history.

Indeed, one entrepreneurial Melburnian was responsible for making Australia one of the first countries outside of Europe to ever receive Porsches, and it’s all thanks to a humbling, chance encounter in Austria just after WWII.

On his way from Austria to Switzerland in 1951 to investigate the latest in pump technology for Australia’s nation-building Snowy Hydro project, Melbourne pump distributor Norman McKinnon Hamilton found his cumbersome rented Oldsmobile 88 was ’rounded up’ by a low slung, silver sports car, Porsche Australia relates.

“In a village further up the valley, he came upon noted German racing driver and Porsche tester, Richard von Frankenberg, at an inn, with his silver steed still ‘pinging’ hot outside. The two struck up a conversation.”

“Interrupting his mission of refining its chassis, von Frankenberg showed Norman Hamilton over the sleek little car. Then, in a burst of entrepreneurial enthusiasm, Hamilton followed the German back to the Porsche factory and after a formal introduction to Ferry Porsche, followed by a short factory tour, he secured the Australian and New Zealand commercial rights to sell the rear-engined sports cars on a hand-shake. In doing so, he became only the second Porsche agent outside Europe, following Max Hoffman in the USA.” 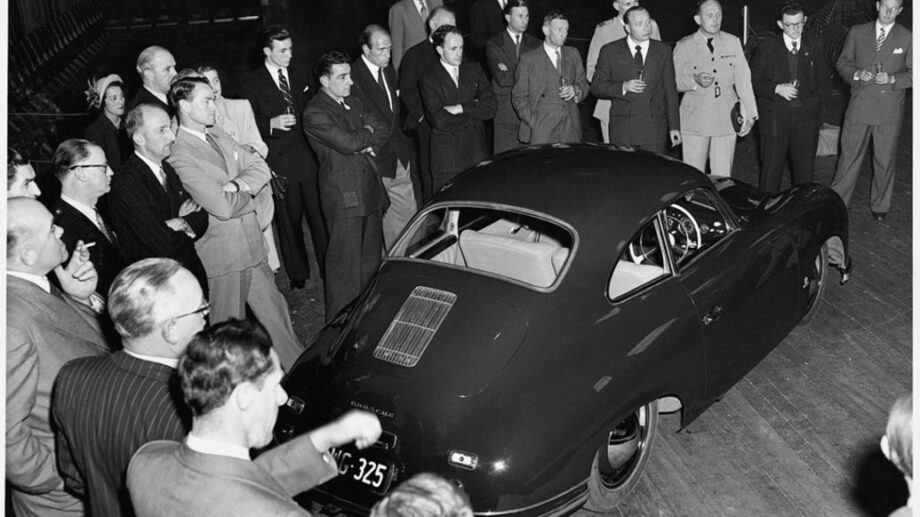 Norman Hamilton shows off one of the two first right-hand drive Porsche 356s to celebrities and motorsport identities at a function at the South Melbourne Town Hall. Image: Porsche Australia

Rather than get sour grapes that he got bested on the autobahn, Hamilton was instead inspired by that humbling experience to bring Porsche to Australia – a risky and groundbreaking move.

Porsche as a firm had only existed for a few years, and with the exception of one custom job, had never made right-hand drive vehicles. That didn’t faze Hamilton, who helped bankroll the added tooling costs. It meant that the two Porsche 356s Hamilton brought back to Melbourne with him later that year were the first two production right-hand drive Porsches, meaning Australia got their own Porsches before other big right-hand drive markets such as Japan or the UK.

There’s an argument to be made that without Hamilton, Porsche might never have expanded internationally the way they did – instead remaining a niche, low-volume manufacturer with little international presence.

It wasn’t just passenger cars that Porsche found success with Down Under, either. Porsche industrial engines based on the 356’s later 1,600cc engine were used in the Australian Antarctic Division over-snow transport, and also found use around Mt. Kosciuszko. Porsche even had a brief stint in Supercars in the 60s when revised rules meant that the sleek German 911 could go up against the big V8-powered ‘Yank Tanks’ common in the sport.

In 1992 Porsche AG took control of all Porsche operations in Australia, ending 41 years of Hamilton family control of the marque. The company has grown to be one of the longest continuously represented makes in the Australian motor industry – ironically, Porsche was in Australia before its now-parent brand, Volkswagen (VWs were first sold commercially here from 1953, two years after Hamilton imported his first two Porsches).

It speaks to the Australian entrepreneurial spirit – as well as our open-mindedness when it comes to car brands – that Porsche found a home here so quickly and so passionately.