We’re barely one month into 2021 but we’re already seeing a men’s style trend flapping in the breeze – cargo pants.

First utilised by British and American troops in the Second World War, cargo pants are more commonly associated with the 90s, which was all about baggy, comfy style and a postmodern appropriation of workwear. In the intervening years, tastes have changed and skinny pants have become more popular, making cargo pants a distinctly unfashionable move.

But of course, fashion is highly cyclical, and now cargo pants are slowly becoming cool again, in no small part to celebrity style icons like Justin Bieber and Travis Scott, the latter of which is rarely seen not wearing cargo pants.

Now it seems the NBA – which in recent years has gone from a bastion of daggy looks to perhaps the most fashion-forward sports league in America – has been bitten by the cargo pants bug. If you were previously unconvinced that cargo pants were on the way in, the best basketballers in the world would like to prove you wrong. 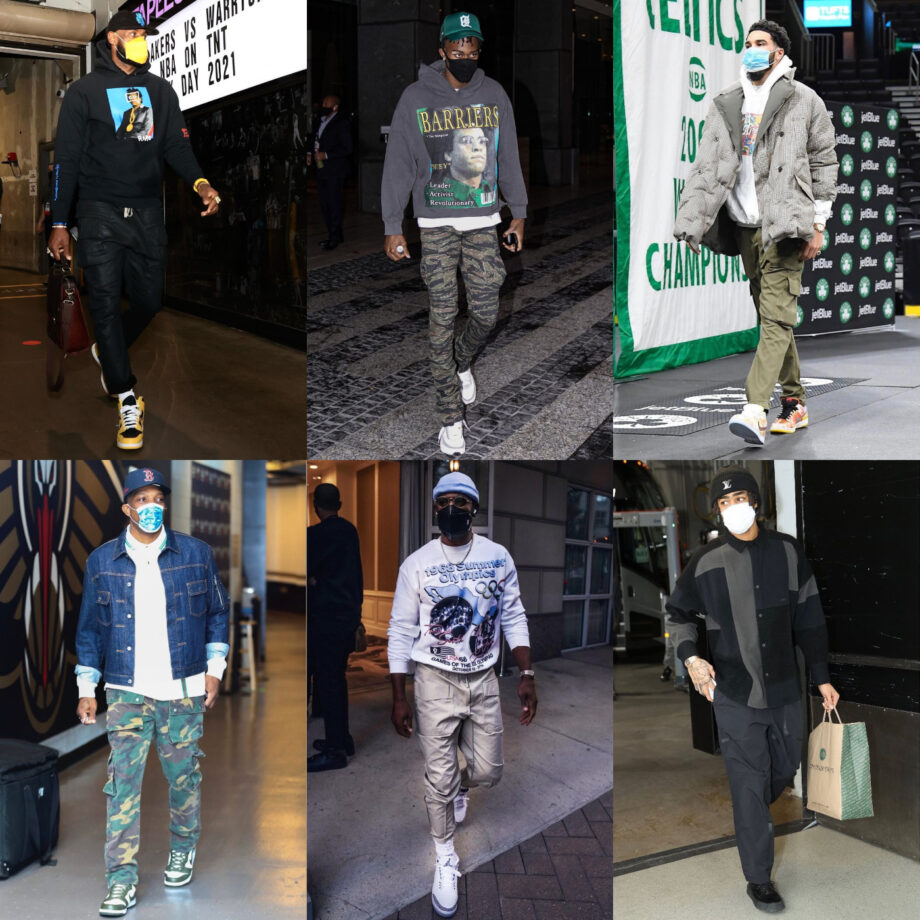 You can also see how there’s more to cargo pants these days than just olive drab or camo prints, and oversized vibes. As the style of trousers has started to become more fashionable, more and more brands are offering different takes on the humble mil-spec duds.

The style revival of cargo pants can also be seen as part of a broader men’s fashion trend that’s gaining more momentum in 2021: 80s Americana. While we associate cargo pants more with the 90s than the 80s, it’s the 80s that laid the groundwork for cargo pants’ initial rise in the world of men’s fashion – in no small part thanks to action movie franchises like Rambo, Top Gun or The Terminator.

The 2020-21 NBA season is in full swing and will run until May 16, with playoffs tentatively scheduled to run under the standard 16-team playoff format between May 22 and July 22. Due to the COVID-19 pandemic, the regular season has been reduced to 72 games, and the one non-American team in the NBA – the Toronto Raptors – are playing all their home games in Florida in order to avoid Canadian border restrictions.