I Moved To Byron Bay: What I Discovered In My First 30 Days Of Being A Cliché

“Hemp and linen are not just conscious clothing choices. They’re a necessity.” 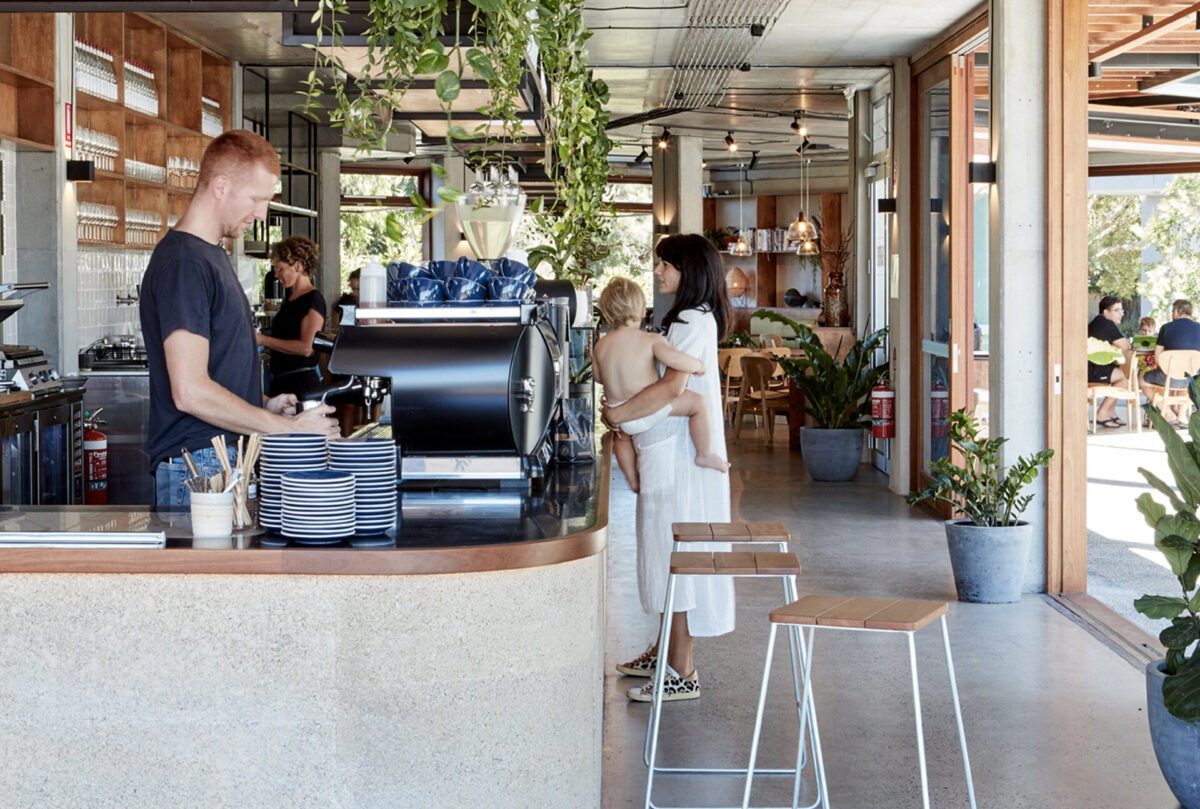 In case you’ve been living under a 5G-proof pile of Ochre linen button-downs for the last 20 years, you will have noticed Byron Bay has become a meme. The laidback, hippified coastal town is never far from the limelight, but with the global situation continuing to put a halt on international travel in and out of Australia, Byron Bay has never been more popular.

It’s easy to see why. Stunning beaches (albeit not currently looking their pristine best), a chilled atmosphere and a far-but-not-too-far location from hubs like Sydney and Brisbane make travelling to Byron Bay feel like a genuine holiday. The upshot is that ‘The Bay’ is currently on the receiving end of an influx of domestic tourists (itself a source of controversy).

RELATED: The Awkward Truth About Byron Bay’s ‘Locals Only’ Attitude

Hailing from England and finding myself a couple of years into my stay in Australia, I feel I can visit Byron without judgement. It’s a rite of passage for backpackers, after all. Byron Bay is easily in the top 3 places us Brits should visit. I’ve already been to Byron Bay a couple of times before for short stays, but with the perfect cocktail of a work from home renaissance (and an understanding boss) I decided to make a change, pack up the car and move to Byron for an indefinite period of time.

Here’s what I’ve discovered since living here for a month.

I Should Have Believed My Own Research…

For all my writing about it on DMARGE, I wasn’t quite prepared for how competitive the housing market was going to be. Despite joining Facebook groups and looking for listings online, finding a place to live proved to be much harder than I expected.

Most listings asked for a specific type of person – vegan females, predominantly – so I felt there was a little bit of discrimination going on, especially when there are so many people looking for places. I was prepared to settle on a hostel for a few months if I had to, and I had a bed frame for the back of my car as a real last resort. An Airbnb was out the question, since prices for stays have skyrocketed.

I started to stress a little and told myself I would be forced to move back to Sydney if I wasn’t able to find a place. A friend reminded me I’d only been in the area for 4 days, so I shouldn’t expect miracles to happen right away. Fortunately, I managed to secure a room on a short-term lease for a bargain $200/week.

I’m not the type of person to pass judgement on other people’s interests, but there really is a far greater spiritual contingent in Byron Bay (this won’t come as a shock to many). I’ve never been one to really tap into my spiritual side, which, when coupled with the numerous listings demanding only vegans move in (which I’m not), made me feel as though I’d moved to the wrong place.

RELATED: I Went To NSW’s Most Instagram Famous Waterfall. It Was A Complete Disaster

However, I’m not sure if it’s the hold Byron Bay can have over people or just my inquisitive nature, but I now feel keen enough to at least try to understand the idea of ‘energies’ and meditation. I’m not sure if I’m yet in a position to be performing yoga at The Pass, but I have found myself heading there early in the morning to stretch and to swim.

Good Coffee Is A Mission To Seek Out

Moving away from Cronulla naturally meant moving away from home comforts. When you move, you can often underestimate the importance of a regular joint for services such as coffee and haircuts.

I haven’t had to suss out a new barber just yet, but in my first few days I found myself trialling numerous cafes to find what would become my (potentially temporary) elixir (I feel my regular order of an oat milk flat white is one of the more simple ones, unlike this mammoth order spotted in Byron). My coffee champion? The Byron Bay General Store.

A post shared by The Byron Bay General Store (@byron_general_store)

Hemp and linen are not just conscious clothing choices. They’re a necessity. It’s been so damn humid I’ve been going through at least two of my relatively thick cotton t-shirts everyday.

Breathable clothing is an absolute must, so, without wanting to dress myself head to toe in linen, I’ve had no option but to make myself look like a local (which has helped somewhat in making me feel more like I ‘belong’).

I noticed over New Year’s when I visited, several of my friends from Cronulla who were also in town, all visited the same restaurants during their time, to the point where it became clear that there was an unofficial ‘food tour’ all visitors simply have to visit.

Byron Bay is home to some great restaurants, but if you don’t visit the collective of Rae’s; The Mez Club; Lightyears; Bang Bang and The Farm for dinner, or the aforementioned Byron Bay General Store and Bayleaf for coffee, then can you really say you’ve been to Byron Bay?

Despite The ‘Rude Influencer’ Stereotypes, It’s Quite Friendly

I was told before I made the move that I would find it incredibly easy to make friends. I moved up to Byron Bay only really knowing one person, which for me meant I was very much jumping out of my comfort zone. Fortunately that friend knows a lot of people around town, many of whom I’ve already had the pleasure of meeting. They have all been friendly.

RELATED: Fear & Loathing In Seminyak: The Truth About Bali’s Most Instagram-Famous Dayclub

You can immediately tell nobody cares about anyone else’s personal business. If you feel stressed or embarrassed about anything going on in your personal life, you can be sure that someone else will either relate to it, or just simply won’t care and will offer support.

There Is Less Of A Gym Culture

As I’ve mentioned in a previous article, Cronulla is to Australia what Venice Beach is to Los Angeles. Everywhere you look you see the same type of person: tanned, sleeve tattoos and muscles (and usually no body hair). While those observations did encourage me to hit the gym – which was further benefitted by lockdown – it has been immediately clear that there is far less of a gym culture in Byron.

Instead, it’s all surfers and yogis, and combination of the two more often that not. I’ve already been asked several times if I surf or practice yoga. The fact I (currently) do neither is a little embarrassing, but at least the people asking are far less pretentious.

Again, I’m not sure if it’s simply because Byron Bay ‘tells’ you to chill out – quite literally on a sign as you enter the town – but I really do feel more chilled and calm. Part of my reason for moving was because I’d spent my entire time since moving to Australia in Cronulla, Sydney, so fancied a change.

The other was to do a bit less. To work from home and to not have to commute to work, so that I could head straight to the beach as soon as the laptop lid closed. This is exactly what I’ve been doing, and I love it. I’m someone who thrives off routine, and even though it took a little over a week to feel acclimatised, I now feel very content.

There’s a genuine excitement in the air, the very same type that makes Byron Bay such a special place.

I Promise I’ll Learn To Surf

I told myself this as soon as I moved to Australia and settled in Cronulla, but in two and a half years I’ve only found myself on a board a sum total of twice. With The Pass’ consistent and usually pretty small waves that favour foam and longboards right on my doorstep – and a number of other amateurs directing attention away from my hopeless attempts – I feel I have one of the best opportunities to teach myself.

I Need To Slow Down & Chill Out

As the entry sign says, I need to slow down and chill out. I’ve always been a forward thinker, wondering what effect my decisions today will have on the future days, weeks and months. But I’m slowly becoming aware I just need to focus on the present and to be happy with how things are right at this very moment. It’s not a simple process and it won’t happen overnight, but I’m actively taking steps to change my way of thinking.

Perhaps I am more spiritual than I thought.