It makes sense that Machine Gun Kelly and Megan Fox are dating – they’re both celebrities who’ve consistently been written off their entire careers by naysayers.

Machine Gun Kelly (real name Colson Baker) has long been clowned for his status as a white rapper and his polarising transition from hip-hop to pop-punk and rap-rock since his last album. Megan Fox’s status as a modern sex symbol has made her the brunt of a huge amount of criticism, misogyny and public scrutiny. To many, they’re walking symbols of bad taste; objects of ridicule; trashy.

But it’s a reputation neither of them deserves. Indeed, far from being trashy, they’ve both actually got exceptional taste – one only has to look to their choice of automobiles to realise that they’re not quite the lowest common denominators they’ve been made out to be by the media. 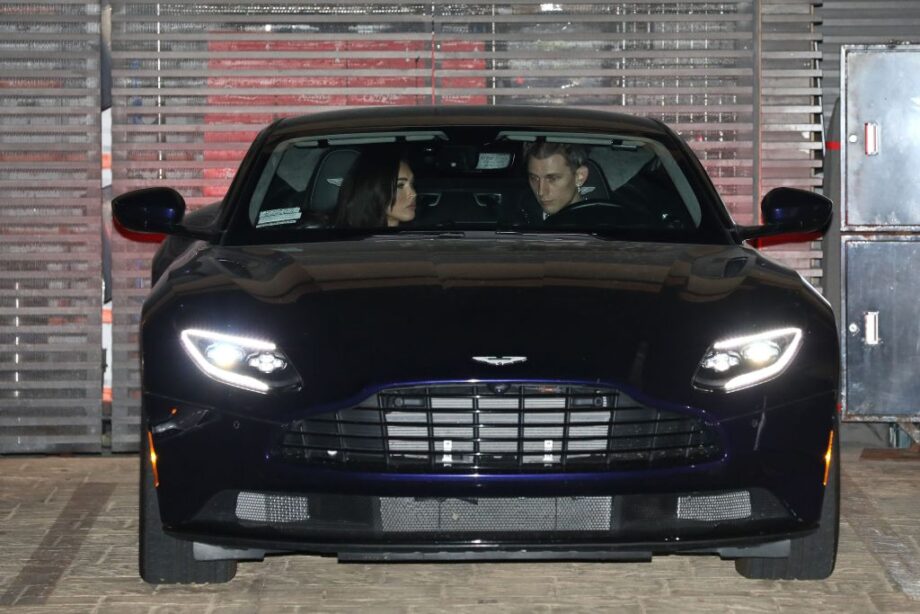 First introduced in 2016 as a replacement for the venerable DB9, the DB11 is one of the most exciting and beautiful grand tourers on the market. Powered by a monstrous 5.2L twin-turbocharged V12, the DB11 makes 447kW, does 0-100 in 3.8 seconds and has a top speed of 322km/h – all while cosseting its passengers in the finest British sporting luxury. MGK’s DB11 was actually stolen late last year from the rapper’s driveway. Luckily, the LAPD was able to return the car to him in under a week.

This Aston’s not the only classy motor MGK owns: his collection also includes a Lamborghini Gallardo, a Mercedes-Benz S-Class, a Rolls-Royce Phantom Drophead Coupé as well as a bright yellow 1979 Chevy Camaro that’s prominently featured in the music video for his 2018 single LOCO.

Fox herself is the proud owner of a rather fine car collection – you’d expect nothing less from a star of the Transformers franchise. Her pride and joy is a Mercedes-Benz CLS 55 AMG, but she’s also got a BMW 535d and a G-Wagen in the garage. No Hummers to be found anywhere, people.

Cars aside, we’re just glad the pair seem happy. Leave Britney Alone and all that.

MGK recently released a film titled Downfalls High, a “first of its kind musical film experience” that complements his fifth studio album, Tickets To My Downfall. The ambitious, almost 50min-long project stars Chase Hudson and DMARGE fave Sydney Sweeney – you can watch it in full on YouTube.