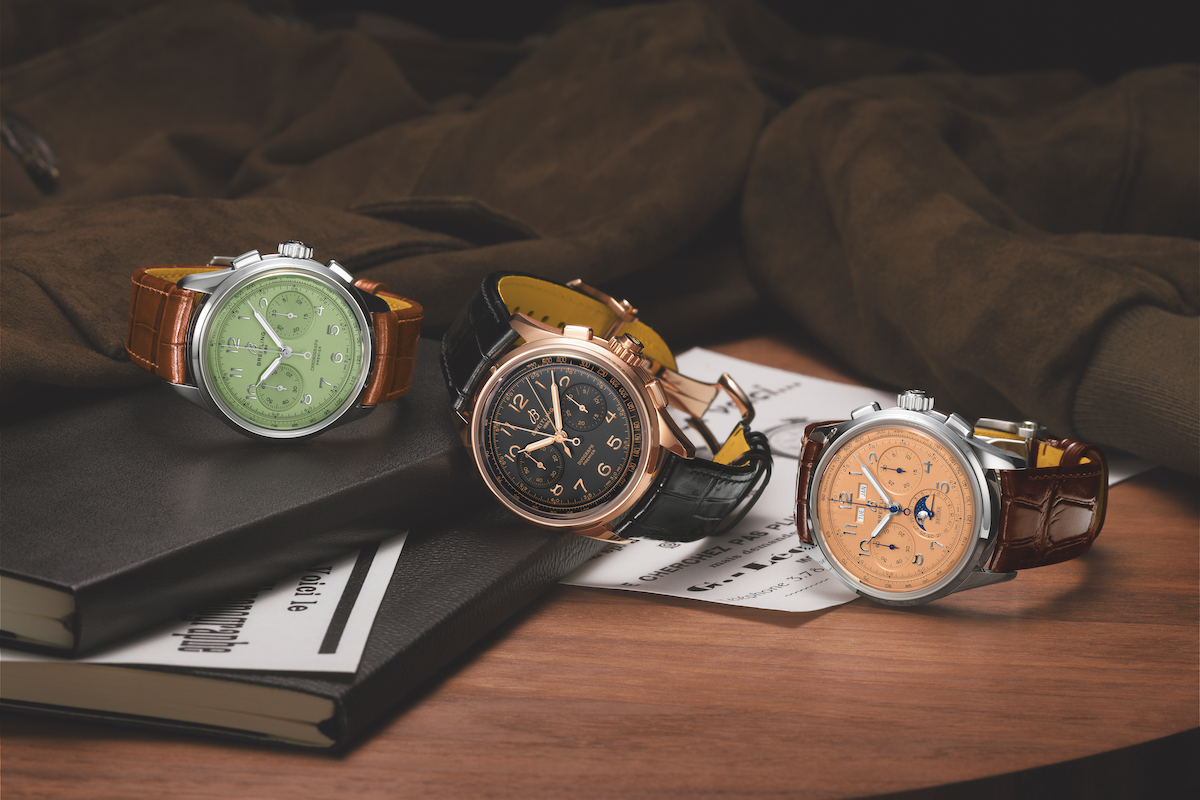 The Breitling Premier Heritage Collection. L to R: the Chronograph, the Duograph, the Datograph.

From seeking out interesting collaborations like their recent one with Australia’s very own Deus Ex Machina to unique material innovations such as the Breitlight composite and ECONYL straps of their new Endurance Pro, Breitling is making exciting, forward-thinking moves with Kern at the helm.

But sometimes to move forward, you have to look back; honour your heritage. And that’s exactly what Kern’s done with Breitling’s ‘newest’ collection: drawing upon over 137 years of history, the Breitling Premier Heritage Collection proves there’s much more to the brand than just pilot’s watches.

The original Premier collection first hit the market back in 1940, designed by Willy Breitling, grandson of the brand’s founder, Léon. These groundbreaking watches took the technical prowess of Breitling’s action-tested chronographs and gave them a stylish touch: Breitling had always been a leader when it came to the development of chronographs but Willy was one of the first to recognise a market for a gentlemanly, fashion-forward version of the handy tool.

Fittingly, the Premier Heritage Collection’s watches feature designs that closely resemble those first pioneered by Willy back in the 40s but also boast a variety of modern innovations under the skin. The collection includes six watches divided into three distinctive categories: the Chronograph, the Duograph, and the Datora, with references available in either stainless steel or 18ct red gold.

All feature Arabic numerals, vintage-inspired hands and semi-shiny alligator straps with tone-on-tone stitching. Crucially, all are COSC-certified chronometers and water-resistant up to 100m. making them eminently modern, capable watches. 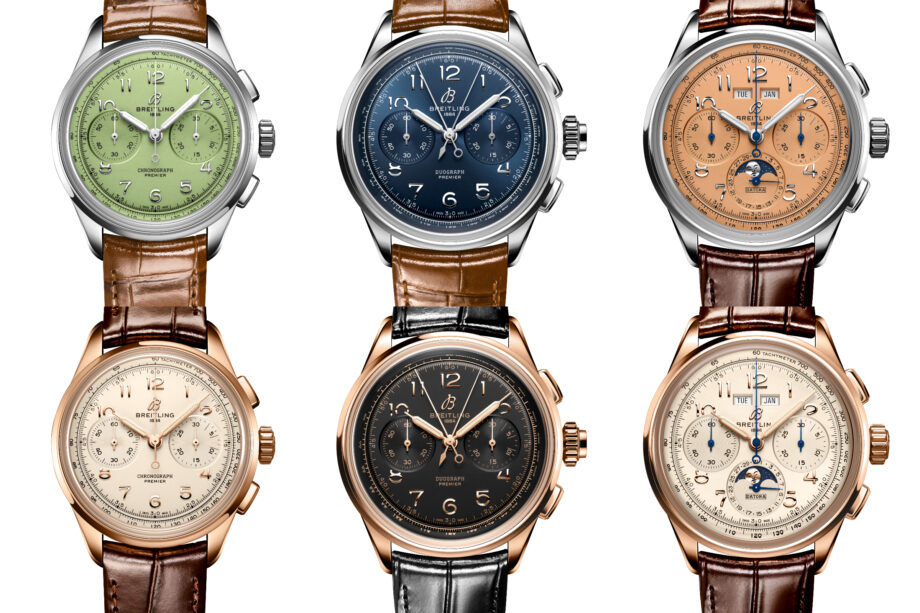 The three models, shown here in both metals for a grand total of six watches.

The Premier Chronograph is the simplest of the three variants but by no means the least impressive. With a 40mm case size, it’s slightly smaller than contemporary tastes would normally dictate, but an appropriate throwback to older case sizes, as well as emblematic of the burgeoning swing back towards smaller case sizes we’ve seen over the last 24 months. The gold model’s aged silver dial (ref. RB0930371G1P1) looks fantastic but the real standout is the steel’s pistachio green dial (ref. AB0930D31L1P1) – one that’s sure to have real watch fans champing at the bit.

The Premier Duograph, as the name suggests, has a unique double chronograph (also known as a rattrapante function) which enables the wearer to measure two elapsed times simultaneously thanks to its two superimposed chronograph hands. This is one of the most elaborate complications in the watchmaking world and truly speaks to Breitling’s technical expertise. Slightly larger than the Chronograph at 42mm, the steel comes with a blue dial (ref. AB1510171C1P1) and the gold with a black dial (ref. RB1510251B1P1).

Also at 42mm is the Premier Datora, which stands out among the three variants thanks to its highly visible and complex functions – namely its day-date and moon-phase displays – real hallmarks of haute horlogerie. Unlike the other two models, which are manual timepieces (much like the 40s models) the Datora is self-winding, with a 70-hour power reserve. The gold (ref. RB2510371G1P1) comes with a silver dial like the Chronograph’s, but the steel (ref. AB2510201K1P1) comes with a distinct copper dial that looks delightfully retro.

All six watches are truly beautiful and a fitting homage to Breitling’s heritage models, while simultaneously reflecting Breitling’s innovative drive and modern fortunes. All we know is this: Willy Breitling would be rather jealous…