Almost as thin as a blade of grass, and equally as verdant. 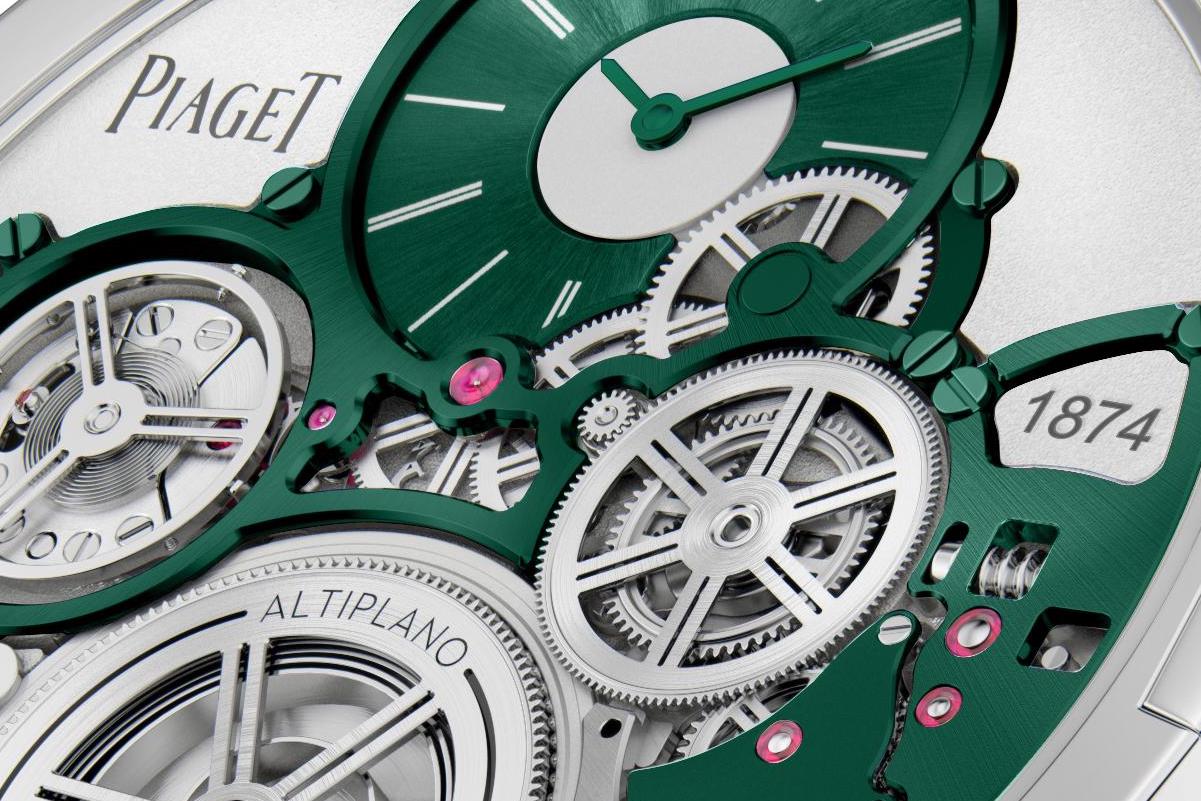 Earlier this year in February, DMARGE made the bold call that the ‘next big thing’ in watches would be green dials… And it seems as if our prediction has come true, as this year’s Watches & Wonders – the industry’s biggest trade show – has seen a flood of green watches unveiled by some of the world’s top watch brands.

Tudor has unveiled green Black Bays made with precious metals. Cartier has revived the classic green Must de Cartier Tank. Panerai has literally gone green with some very eco-friendly (and colourful) models. And that’s just the tip of the iceberg…

But the most impressive green watch of the show might just be Piaget’s contribution to the growing craze: the new Altiplano Ultimate Concept ‘Tribute To La Côte-Aux-Fées’ (ref. G0A46503). Not only is this mechanical marvel the world’s thinnest watch, but it also features one of the most elegantly executed green colour schemes we’ve seen on a watch for a very long time.

Since the mid-20th century, Piaget has been the undisputed leader in ultra-thin watches and movements. The Altiplano Ultimate Concept is their latest record holder and a true work of art that last year was awarded the watchmaking world’s highest honour: the top prize of the Grand Prix d’Horlogerie de Genève; the prestigious Aiguille D’Or.

Piaget have continued the celebrations in 2021 with this special version, dedicated to the Swiss Jura village of La Côte-aux-Fées where Georges Edouard Piaget founded the company back in 1874 and where the design, development and creation of every ultra-thin Piaget movement has been carried out. The deep forest green of the ref. G0A46503 is a homage to the verdant, bucolic landscapes that inform the artistry of Piaget’s watches. 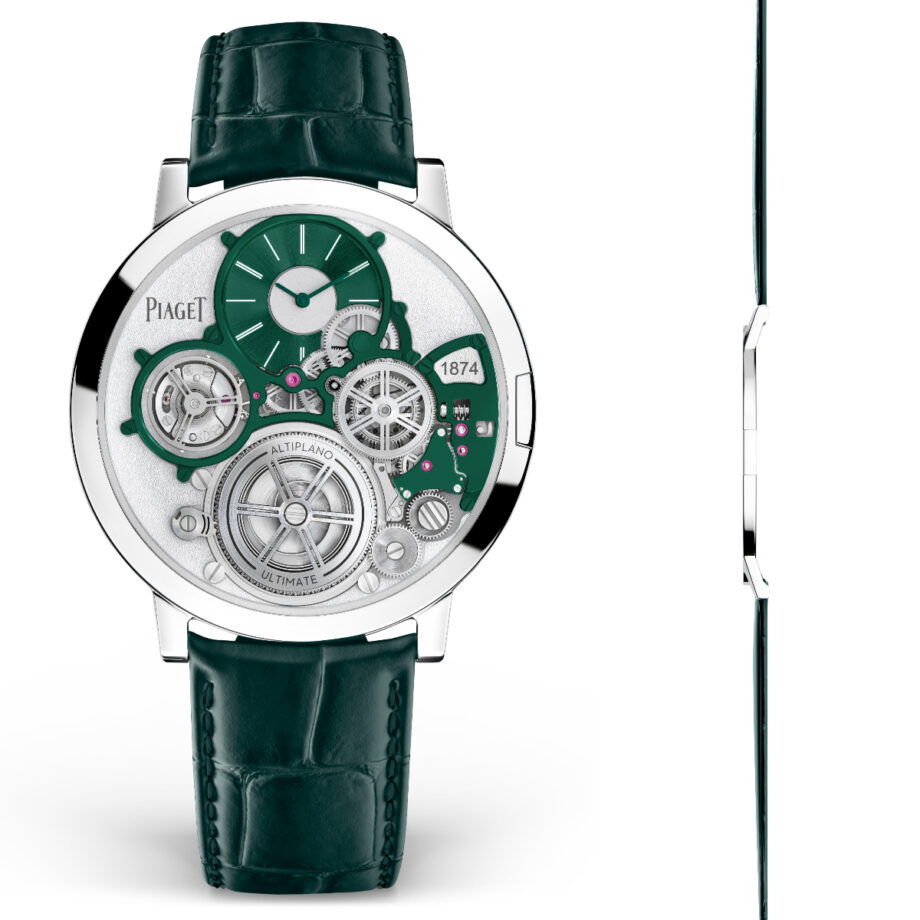 Precision personified: a profile shot of the Altiplano Ultimate Concept shows just how thin it really is.

Measuring up at an astounding 2mm thick (or rather, thin) and weighing only 14.2g without the colour-matched alligator leather strap, the Altiplano Ultimate Concept’s cobalt alloy case is so slight that only 0.12mm separates the movement from the wearer’s skin.

Adding to the watch’s clean look is the unique crown, which has been re-invented to take the form of a flat, telescopic system (with its own, bespoke winding tool) that fits flush with the case band. A semi-skeletonised design shows off the groundbreaking 900P-UC movement for all to see, which despite its thinness, boasts a 40-hour power reserve – more than watches many times thicker than the Altiplano Ultimate Concept. The green of this reference in particular really makes it pop, too.

Just this watch would be enough to satisfy most watch fans but the Altiplano Ultimate Concept ‘Tribute To La Côte-Aux-Fées’ was but one of a score of timepieces Piaget unveiled at W&W.

Other highlights, such as new additions to the Polo Skeleton line and haute joaillerie in the Limelight Gala collection, can be discovered at Piaget’s virtual boutique.