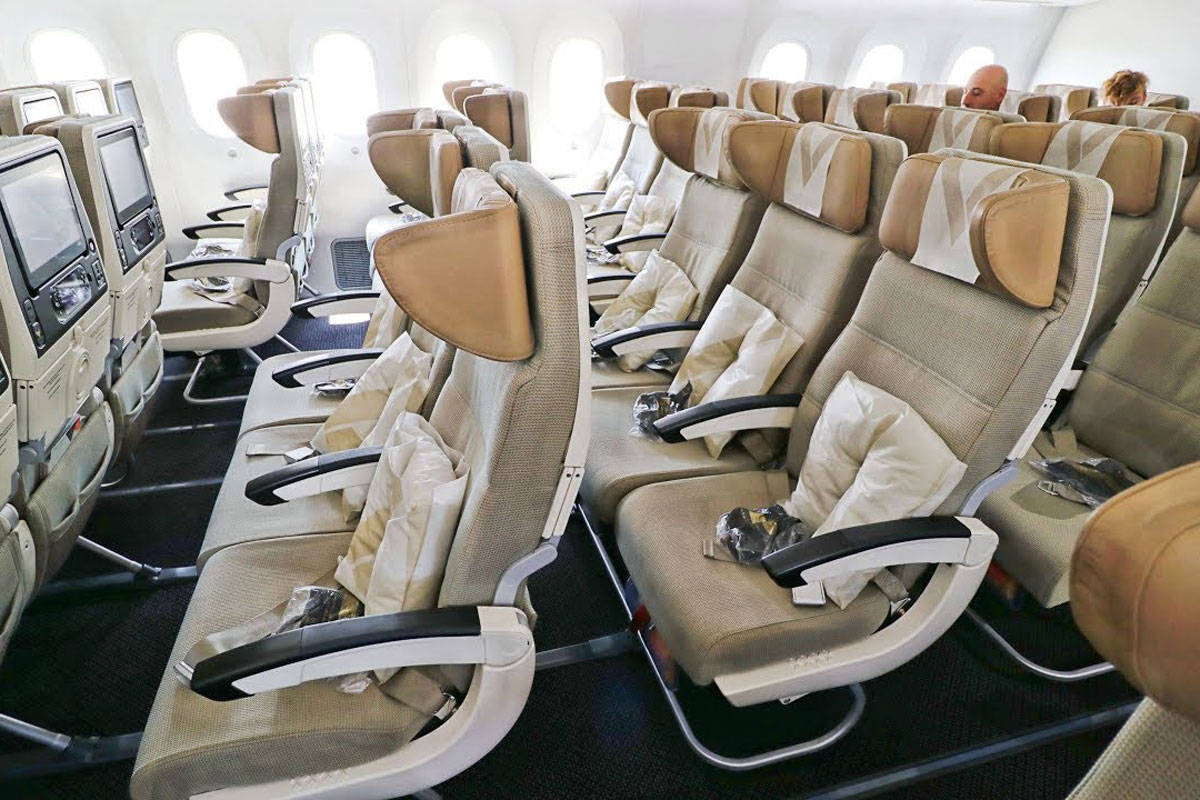 Eye-watering baggage fees are typically associated with the likes of RyanAir, EasyJet, Jetstar; TigerAir (remember them?).

The bigger hitters, on the other hand, though they charge significantly more for a ticket, usually provide you with more baggage allowance than you can throw a heavily-laden Rimowa suitcase at, as part of your fare.

However, as one Australian traveller recently took to Instagram to share, even though cabins (on flights leaving Australia) are super sparse right now, global carriers like Etihad will still savage you with fees should you go over the set baggage allowance.

Brittany Hockley, ex Bachelor in Paradise star, podcast host and radiographer, took to Instagram yesterday to slam Etihad for how they handled her request to pre-pay for her extra baggage, claiming they wouldn’t let her pre-book her extra baggage, then scorched her with a huge fee when she tried to check it in at the airport. 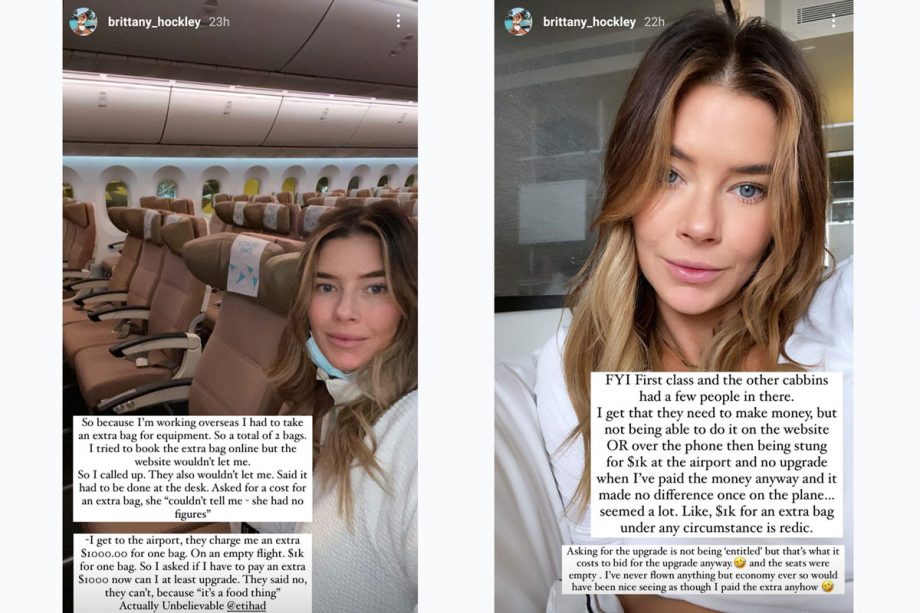 “Because I’m working overseas I had to take an extra bag for equipment, so a total of two bags” Hockley wrote on her Instagram story.

“I tried to book the extra bag online but the website wouldn’t let me.”

“So I called up. They also wouldn’t let me. Said it had to be done at the desk. Asked for a cost for an extra bag, she ‘couldn’t tell me – she had no figures.'”

Hockley then followed up with another missive:

“FYI First Class and the other cabins had a few people in there. I get that they need to make money but not being able to do it on the website OR over the phone then being stung for $1k at the airport and no upgrade when I’ve paid the money anyway and it made no difference, once on the plane…. seemed a lot. Like, $1k for an extra bag under any circumstance is redic.”

“The seats were empty. I’ve never flown anything but economy ever so would have been nice seeing as though I paid the extra anyhow.”

RELATED: How My First Ever Business Class Trip Ruined Me For Life

A spokesperson for Etihad sent a statement to news.com.au commenting on the complaint.

“Etihad is aware of this particular case and while we are disappointed that Ms Hockley was not fully satisfied with her travelling experience, we stand by the way this case was handled,” the statement read.

“Ahead of the flight, our guest services team informed the passenger of the excess baggage fee per kilogram, which is fixed according to the end destination. It was also explained that as a codeshare flight, excess baggage had to be purchased at the airport.”

“Due to the limited capacity available in support of critical cargo movements globally, there is, unfortunately, a premium on cargo and baggage costs.”

“While we do our best to accommodate guests, it is not always possible to provide upgrades at the time of check-in, depending on the catering provisioned for the flight.”

Airlines have lost a lot of money since the start of the pandemic. As Simple Flying reports, the aviation industry, some reckon, has actually lost all the profits it has earned since World War II.

“The airline industry as a whole on a global level has lost everything they’ve earned since World War II. I mean, everything, all the profits that were hard-earned are gone.”

“If it was not for government support, either in the forms of guarantees, equity, loans, all kinds of medicine government agencies have put forth, the airline industry would have been crippled.”

Watch how top airlines are cleaning aircraft during the pandemic