The Ballad Of El Probo. 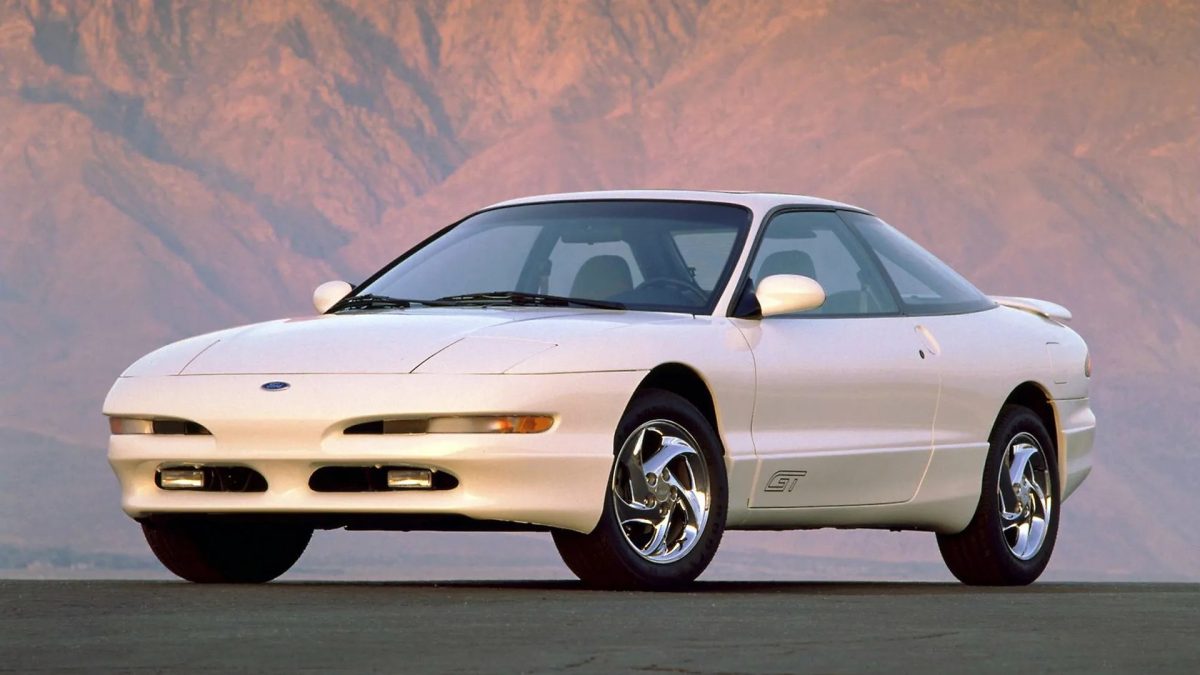 Not El Probo. I wish El Probo was this nice. Image: Motor1.com

Like many Australians last year, I bought a used car as soon as The Spicy Cough came into full swing.

Partially, it was because I was a bit concerned about taking public transport (and didn’t have the budget for a new car), but mostly it was because I was bored. Facing lockdown and between jobs, I was hoping to pick up something cheap that I could tool away on to keep me occupied.

But with used car prices already starting to heat up, I was seriously constrained in my options. I still wanted something halfway cool though – I wasn’t going to drive around in a Daewoo Nubira – so I spent weeks scouring online classifieds to find something.

One day, I came across something truly glorious; something that seemed to tick all the boxes. Fun, interesting, supposedly reliable, and most crucially, cheap… After a few phone calls with the seller (and a PayPal transfer), my journey began.

As the title of this article implies, this journey not end well. Consider this a cautionary tale – welcome to The Ballad Of El Probo. 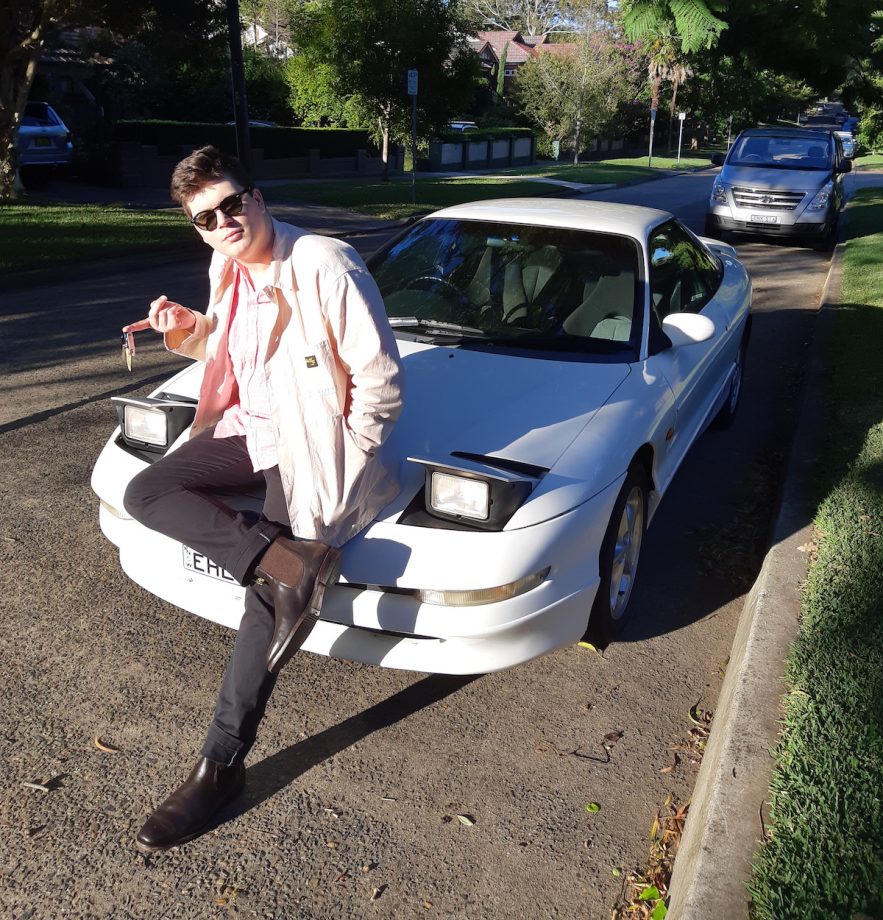 Posing for the ‘gram with El Probo. For all his faults, he’s a good looking rooster… The car’s not bad either. Image: Jamie Weiss/DMARGE

‘El Probo’ was (or is) a white 1996 Ford Probe GT. I found him one night on Gumtree, having dug through pages of overpriced, clapped-out Commos. I was taken in by his pop-up headlights, exquisite 90s aesthetic, powerful V6 engine… And low price.

For those of you scratching your head, having never heard of the Ford Probe, here’s a history lesson. The bizarrely named coupe was one of Ford’s first attempts at making a ‘world car’, and was co-engineered with their long-time Japanese commercial partner Mazda.

Produced over two generations from 1988 to 1997, the Probe was based on the Mazda MX-6 and was originally intended to not only replace the Capri in Europe but was also meant to be the fourth generation Mustang for North America.

It failed pretty badly at both those jobs. Sports coupes were becoming passe in Europe and hot hatches were all the rage. Across the pond, Americans rankled at the prospect of a Japanese-engineered, V6, front-wheel drive Mustang and the Probe’s unveiling lead to a huge consumer backlash, leading to the last-ditch development of the SN-95 Mustang.

In Australia (which only got the second generation), the Probe wasn’t very successful either, as it had to compete with Japanese sports coupes like the Honda Prelude, Mitsubishi GTO and Toyota Celica. The Probe might have been mostly Mazda underneath and was more powerful than many of its competitors, but that Blue Oval didn’t necessarily inspire confidence from Aussie buyers, who probably would have bought a higher-specc’ed Falcon if they wanted something fun from the brand instead.

The Probe wasn’t a bad car by any means, but it was poorly marketed (and named) and never truly got the love it deserved in any of the markets in which it was sold. That’s part of the reason El Probo was so cheap – but not the only reason. 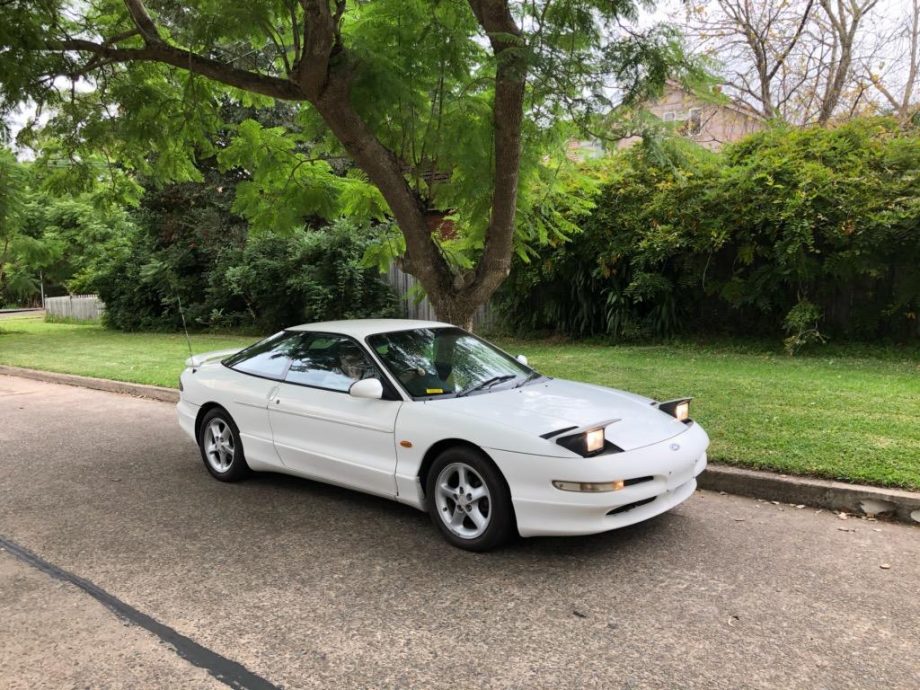 El Probo upon his first arrival in Sydney. The calm before the storm… Image: Jamie Weiss/DMARGE

El Probo set me back only $1,100, making it, at the time, the cheapest American-made car in the country (even cheaper than the nastiest PT Cruisers!) Why was El Probo so cheap? Well, he had around 305,000kms on the clock, and a suite of electrical gremlins such as a broken airbag module and a faulty brake sensor.

These should have been warning signs, but in my mind, those were almost pluses, as they’d give me something to work on. The high mileage was a concern but my research suggested that the K series Mazda engine in the car was a tough beast. Otherwise, the car seemed in remarkable nick, and where else was I going to find a cheap 90s coupe with pop-up headlights?

So I bought the car and paid to have it towed down from Queensland. Oh yeah, he was interstate, and unregistered, too. But I forgot about all that when he rolled off the flatbed and into my street. I couldn’t wait to turn the key, and when I did, I was greeted by a meaty growl, that high-revving V6 purring like a kitten.

That was the first real problem about El Probo. Thanks to his cold air intake and doof-doof exhaust, I sounded like an absolute tosser whenever I drove him. He was an insanely loud car that immediately made my neighbours hate me. I’m honestly surprised I never got pulled over whilst driving him.

But, you know, that’s half the fun, right? I didn’t buy an obscure 90s sports coupe to fly under the radar. And fly he did – when he was working, he was an exceptionally fun car to drive. Torquey, solid, comfortable…

But when he was working is the operative phrase. Not only did it cost me a small fortune to order that airbag module (from Canada, as it turns out) as well as many hours doing even basic maintenance on the thing (a tightly-packaged engine bay with lots of sharp metal does not an easy service make), but the number of issues I had with car was truly astounding. 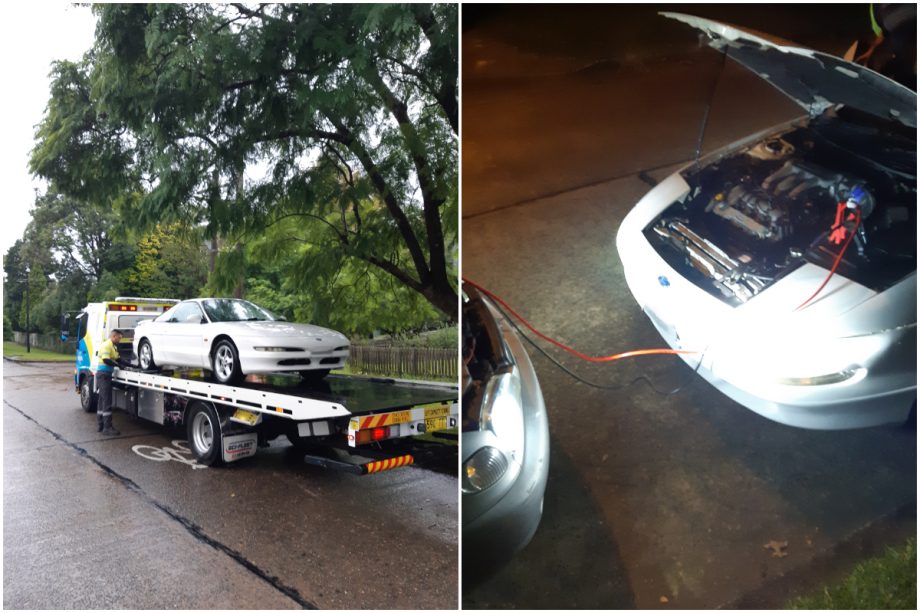 El Probo’s natural habitat (the back of a tow truck) and his favourite activity (being jump-started). Images: Jamie Weiss/DMARGE

Peeling paint, oil leaks, a discharging battery, exploding accessory belts… Every time I thought I’d fixed something myself or paid my mechanic top dollar to repair, El Probo fought back with something new. Turns out buying a 24-year-old ‘Yank tank’ with over 300,000kms on the clock sight unseen from interstate isn’t the best move. Who woulda thought?

RELATED: $125,000 ‘Datto’ Proof The Australian Car Market Is Off Its Rocker

I figured it was time to cut my losses and pass him on to someone who actually knew how to look after a car properly – or, at the very least, had a mechanic with more patience than mine. After a quick and dirty Carsales listing (which attracted immediate interest, maybe because I’d listed him for cheap too), El Probo was in the hands of another.

It was with mixed feelings that I let the poor bastard go, but the gentlemen I ended up selling him to was a fan of working on 90s performance cars and was keen for a new project – he was going to a good home. And so, The Ballad Of El Probo came to an end, as he spurted off down the street, his exhaust blaring and stereo pumping loud.

But what lessons did I learn?

Lowballers have no shame

While the vast majority of the people who were interested in El Probo were fair dinkum, I attracted more than my fair share of dickheads. Sure, used car prices are silly high right now (and El Probo is hardly some trophy car) but the amount of time wasters that responded to my listings were pretty frustrating. 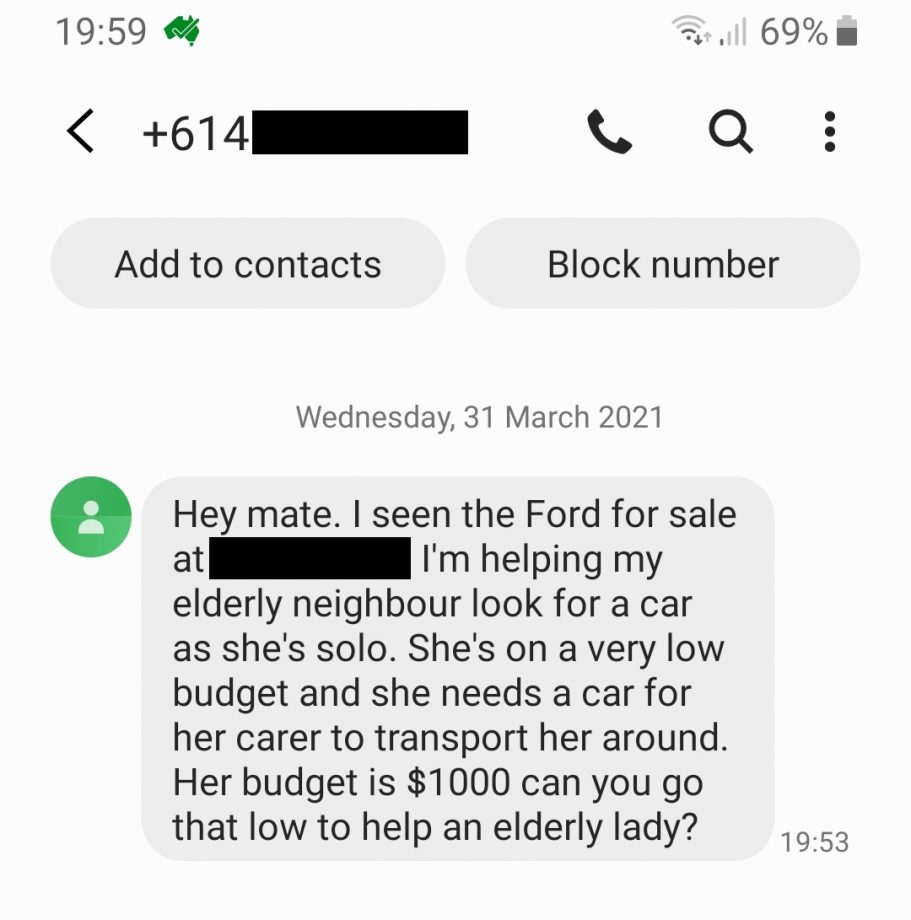 You get what you pay for

Especially in this extremely overheated car market. El Probo ended up being quite an expensive car to own, after all the trips to the mechanic and auto electrician he had to make.

If you’re looking to buy a used car right now, don’t be tempted by outrageous bargains or fixer-uppers – if it’s too good to be true, it probably is. And trying to work on a car during a global pandemic is a hassle.

Don’t be afraid to work on a car yourself

Before I bought El Probo, I wouldn’t have dreamt about trying to do something as basic as an oil change or a tyre rotation. But learning how to do basic service items and repairs on him was an incredibly rewarding experience.

Sure, it might have taken me several hours to change his fuel filter (in my defence, that engine bay is a bitch), but the sense of accomplishment you get from working on a car yourself – not to mention the money you can save – is hard to beat.

Don’t buy a car that’s older than you

Well, this really depends on how old you are, or how deep your pockets are. A better piece of advice might be ‘don’t buy a shitbox like Jamie did’.

If you’re looking to buy a classic or vintage car, make sure you’ve got more than enough time, patience and funds to really do the car (and yourself) justice. Otherwise, buy something modern and maybe a bit more boring.

Did I really hate every moment?

Not really. Sure, it was hardly the best financial decision I’ve ever made but I learnt and grew a lot as a person – and I credit El Probo with helping me get this job at DMARGE, which is a bit of a dream job.

It’s worth pointing out that the second-gen Ford Probe in general is an incredibly underrated vehicle and I wouldn’t necessarily counsel anyone against getting one. Many of the issues with mine could largely be attributed to its high mileage: most on the market right now are far less worn-in (but are much more expensive, ‘natch).

At the end of the day, I wouldn’t have traded the experience for the world. Although my wallet might have.

Did I learn my lesson?

But as we speak, it currently has a misfire, the likes of which I’ve been trying to fix for several months. So maybe I’ve bought yet another dodgy Ford… Watch this space.