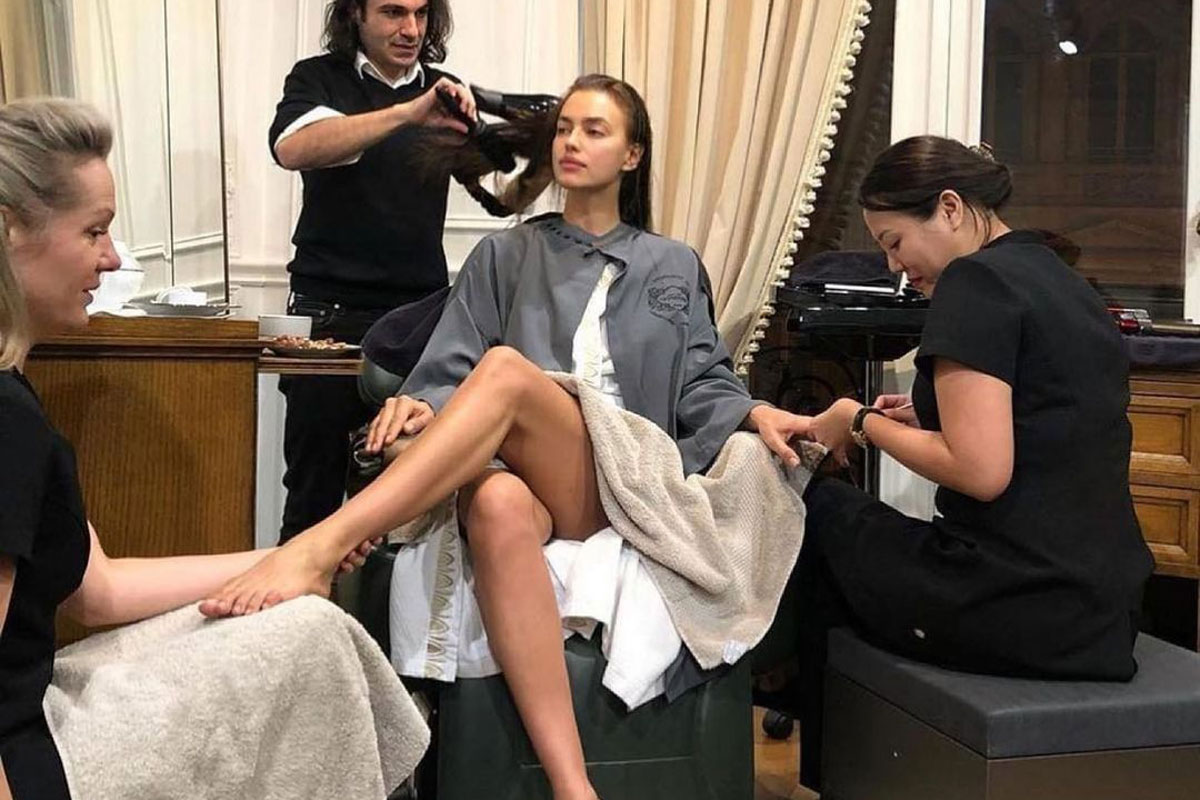 There’s rich and then there’s rich. While most of us look longingly at the world’s most luxurious hotels, the rich look at them like fast cars (or their partners) – DIY projects in constant need of improvement.

Though that’s an insulting stereotype, if the following viral Reddit thread, which recently revealed what really goes on at luxury hotels, is anything to go by, there could be something to it.

From pleas to “never ever ever” use a chocolate fountain from a hotel (“chocolate is waaay too expensive to throw away”) to absurd concierge systems which can procure guests (almost) anything (to the wild things staff have seen guests do), the thread provided both interesting insights and horrifying anecdotes.

Some, such as: never drink out of a hotel water glass, (“GRAs are so stretched thin on time that they will clean the glasses with the same rags they clean the bathroom, after all their goal is to make the room look clean”), will give many travellers anxiety, others are interesting, and others are disgusting.

Entitled, “People who work at 5 Star Hotels: what type of shit goes on that management doesn’t want people to know?” the thread has been commented on 13.8k times and was created by Reddit user u/catstevenseagal.

“A friend of mine works for a small luxurious hotel in London. He told me the concerge system there is absolutely absurd. Money buys everything.”

“Anything the clients want, clients get. They are told never to say no, worst case they say ‘I don’t think this is really appropriate.'”

“Obviously, drugs and escorts are a classic. He showed me 20 phone numbers of drug dealers in his phone to be able to get whatever drugs to the customers (he never buys though, only gets people in contact).”

“And for harder tasks, he goes through professional concierges who charge A LOT.”

“You want a new Prada dress at 2AM for the party you are about to attend? Sure thing, let’s wake a few people up, charge triple the price and split the benefit between people involved. Have a good night madam.”

“You want tickets for the Wimbledon final that takes place tomorrow? You have £20k? Enjoy the game, sir.”

“But in some cases, they can’t satisfy the customer. So when a couple of clients came back drunk asking him to have sex with the wife while the husband was watching and filming, he felt like it was a good time to say ‘I don’t think this is really appropriate.'”

Another commenter wrote: “My husband worked at several luxury hotels and residences (rich people who live at the hotels) and besides how absolutely disgusting everything inside the rooms actually is…I was most shocked by the behavior of the ultra rich.”

“I’m not talking businessmen and doctors. I’m talking Saudi Princes and Heirs to Dynasty families. The level of comfort and technology these people have come to expect is things we cannot imagine.”

“’What do you mean there isn’t there access to intercoms next to the bathroom for when I need services while going potty?’ ‘The television inside the shower is only a 40 inch and there is no gold in this room I need a better suite’. ‘I’m gonna need you to go out, buy me better bedding, remake my bed, and then do it again tomorrow because I won’t sleep on the same bedding twice.'”

Another Reddit user said extra fees would be tacked onto rowdy guests’ bills, especially when a corporation was paying.

“Corporate intern events where the kids would get plied with alcohol. Infuriating. We had one company annually bring 80 interns as part of a site visit tour, and it was a nightmare.”

“I was sure someone would die every year. One year there were three hospitalizations though, and one of the boys sent the hospital bill to the hotel. To be clear, the entire F&B team knew about the event and were very vigilant about refusing service. We were not involved or liable in his medical issue. The audacity.”

“Particularly because he and all of his intern colleagues trashed everything. We had to prepare the lobby by removing sculptures and porcelain plant pots. One year we started always removing a kind of sharp-cornered bookcase because too many drunk interns had hurt themselves on it. There were bodily fluids everywhere and linens destroyed beyond continued use. Plumbing broke daily. There was always smoking damage in some rooms.”

“But all the adults were useless, of course. And all adults were culpable in providing alcohol to the underage people. The company accepted the bill for the damage every year, and always came back. And we would add literally everything we could. We would tack weeks worth of room nights onto their bill because we had to keep dozens of rooms out of service while damage was repaired. The company paid for everything we comped for complaining guests too.”

“They also paid for anything we had to replace, and they were so used to the damage fees we would just throw things in there sometimes. Like a treadmill finally broke during their residence. But did one of their guests break it? Don’t know, didn’t care, they bought us a new treadmill.”

“Some were greeted by prostitutes or ‘escorts’ who were always super nice to everyone. A regular would rent out a room for a day, once a month, and make 30-40k that day from clients. Celebrities, business guys, you name it. Crazy.”

Another commenter on the thread, who claimed to have worked at the high end restaurant at a ski resort that hosts a famous film festival, wrote: “Lots of sex in the walk in coolers, but never the people you’d want to walk in on.”

The comments weren’t all bad though. One user said rich people used to tip very generously.

“My SO worked for a fancy hotel. The building owners (not the chain, the actual building itself) came to visit. He was on the Forbes billionaire list.”

“He was a nice man who had buffet lunches everyday and tipped every staff members he saw a crisp $100, every time he saw them.”

Further down the thread the stories get even more salacious.

“Worked in five star hotels in Beverly Hills.. boy do I have stories,” one Reddit user wrote.

“Sheikh picks up an [escort] in the bar, takes her to his room. She roofies him and steals tens of thousands of dollars of cash, watches and valuables.”

“Husbands who will say hello to staff with their mistress on their arm on Thursday night and their wife on Friday night.”

“Famous teen celebrity left a room full of needles and various drug paraphernalia behind for housekeeping to clean up.”

“Middle eastern royalty ships in multiple Ferraris and Lamborghinis to the hotel from their home country to drive for the week; caught drag racing later that night by the cops in the neighborhoods of Beverly Hills.”

“Largest checkout bill I’ve ever seen was roughly $2 million for guest who rented out an entire floor of suites for three weeks, promptly paid via wire transfer.”

“Had to procure $100k cash for a guest whose wife wanted to shop on Rodeo Drive the next morning, the local bank doesn’t even have that much. Had to get an armored car from the central LA bank branch to deliver.”

Another sad topic mentioned by another Reddit user was suicide. The user wrote: “A lot of lonely people going on vacation to end their life. Happens a lot but is never mentioned on the news.”

There you have it. A look behind the veil at some of the world’s five-star hotels.