And it’s even better than the original. 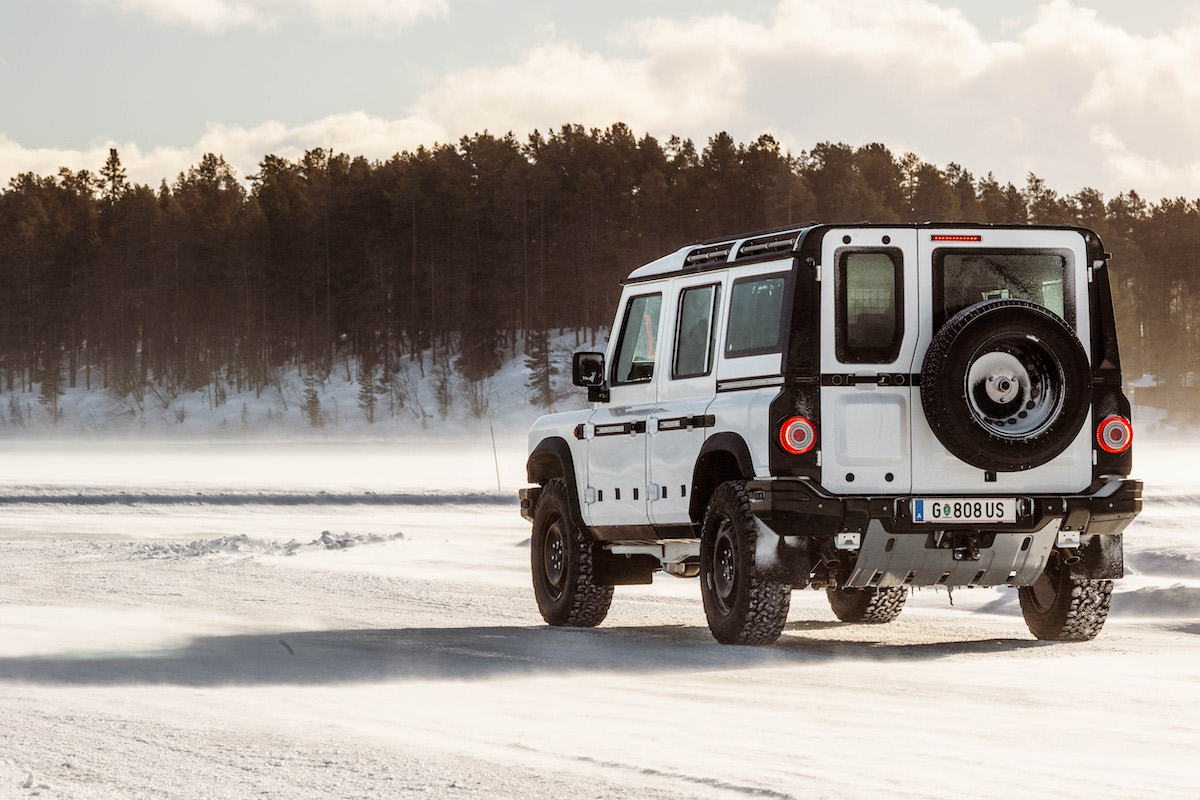 The Land Rover Defender is easily one of the most iconic cars of all time. First introduced in 1983, the boxy British 4×4 enjoyed a 33-year-long production run, during which the car saw very few substantial changes. News production was finally in 2016 devastated many automotive enthusiasts, despite the fact the Defender was by that point a rather ancient car from a technical perspective.

While Land Rover has continued the Defender name, the ‘2020 Defender’ shares little in common with its predecessor: like the rest of the modern Land Rover / Range Rover range, luxury is its first priority. It simply doesn’t have the same rugged aesthetic as the original, even if it’s (arguably) a more capable, nicer to live with vehicle.

Thankfully, one firm has risen to the occasion to fill the Defender-shaped void in our hearts, coming up with a car that shares the utilitarian, form-follows-function spirit of the classic Defender (and vehicles like the G-Wagen or Jeep Wrangler) – but it’s a rather unexpected one.

INEOS, a British multinational chemicals company that’s mostly in the business of making plastics or natural gas production, is currently developing a vehicle called the INEOS Grenadier: a spiritual successor to the classic Land Rover Defender that might even be better looking and more capable than the car that’s inspired it. 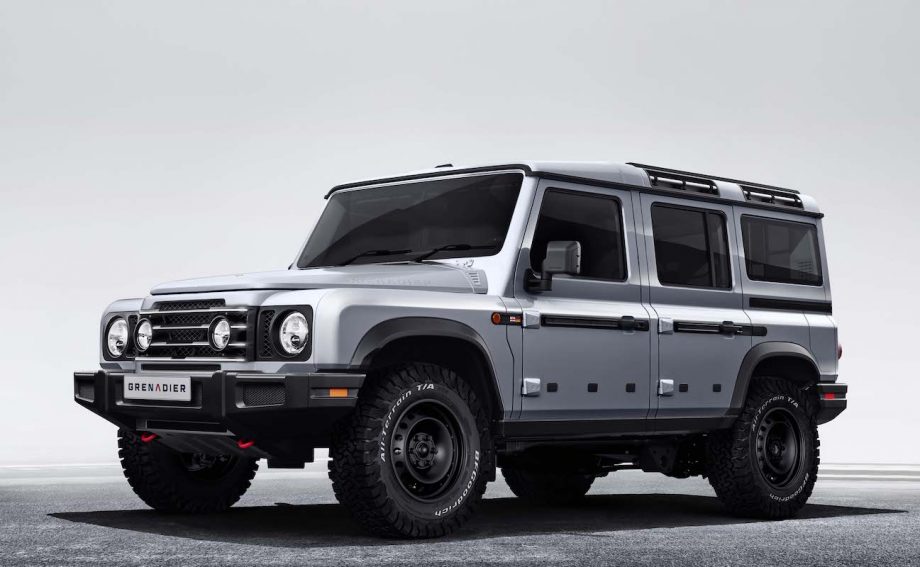 Like the classic Defender, the Grenadier features boxy bodywork, a steel ladder chassis, solid axles and will be available as either an ‘estate’ or with a ute tray. Unlike the classic Defender (or at least early versions of it), it will feature multi-link coil spring suspension as well as modern safety aids like airbags and LED/xenon lights.

Set to be powered by either a petrol or diesel 3.0L BMW turbocharged inline-six, INEOS is also working closely with Hyundai to develop hydrogen fuel cell technology (a savvy move, considering INEOS produces 300,000 tonnes of hydrogen a year).

Earlier this month, INEOS finally unveiled the interior of the Grenadier, which features a rugged look and feel similar to the Defender but with a few key safety and functionality differences.

Unlike the Defender, the Grenadier actually has airbags (even well into the 90s and 00s, the Defender was never updated to feature airbags, unlike many other cars) as well as a modern infotainment system. Fans of militaria will appreciate the rugged design of the cockpit’s buttons and switchgear, which features plenty of exposed bolts and metal switch guards.

The eagle-eyed among you will spot that the gear selector is straight out of the BMW parts bin, and the seats are half-leather half-fabric Recaro numbers – not that that’s a bad thing.

While the Grenadier was officially unveiled almost twelve months ago, it’s been the last six months that have seen the most significant developments for the Grenadier. December saw INEOS purchase Daimler AG’s production facilities in Hambach, France, previously the main production site for the Smart ForTwo.

Recent months have seen the Grenadier put through serious off-road and inclement weather testing in Austria, Italy and Sweden, and if the testing footage is anything to go by, the INEOS Grenadier is one serious beast. 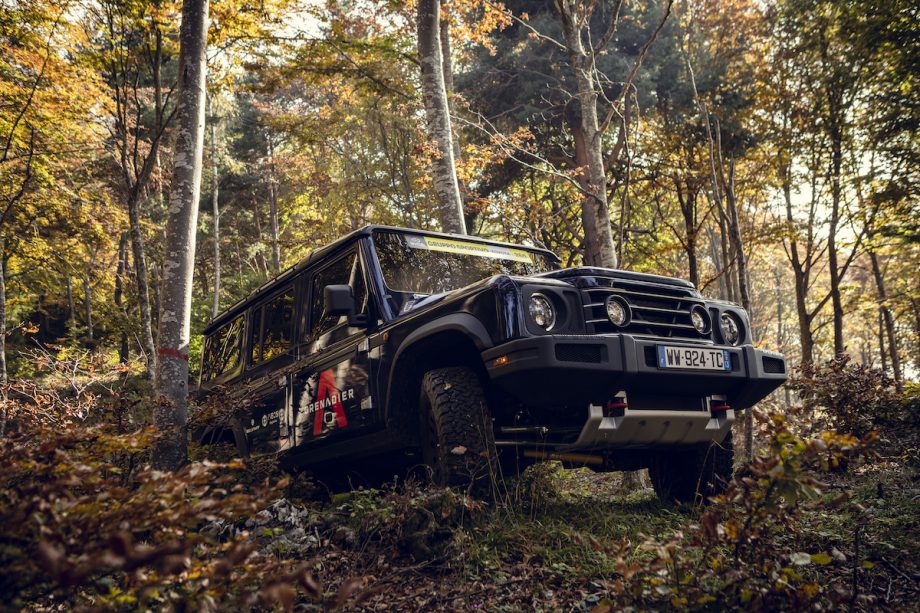 The concept of a chemicals company branching out into a completely unrelated field of manufacturing might seem strange, but it’s not without precedent. Take ZERO Halliburton, the briefcase manufacturer. Halliburton, one of the world’s largest oil field service companies, began making their own aluminium cases because other luggage could not endure the rough travel working on oil fields demands. These days, the briefcase brand is arguably more well-known than the petrochemical firm it owes its genesis to (and is certainly better respected…)

Production of the Grenadier is slated to start next year, with no news yet as to how the car will be distributed or in which markets it will be sold. Being that INEOS is a British firm, right-hand-drive production isn’t just an afterthought – indeed, INEOS has called Australia a “key market” and will soon start accepting deposits ahead of a March 2022 Australian release, CarAdvice relates.

If Suzuki Jimny sales are anything to go by, there’s plenty of demand Down Under for boxy, capable 4x4s… Considering INEOS have stated their intentions to market the Grenadier to “agriculture and forestry workers, explorers and adventurers as well as traditional Defender fans”, they’d be silly not to sell it here.

See the INEOS Grenadier reveal at their design studio [Watch Below]