‘Could Save A Life’: The Simple Text All Australian Men Should Be Sending Their Mates

“Either it gets taken at face value and it’s a lovely message to send to a mate, or it’s a way of using humour to catch someone off guard and spark an important discussion.” 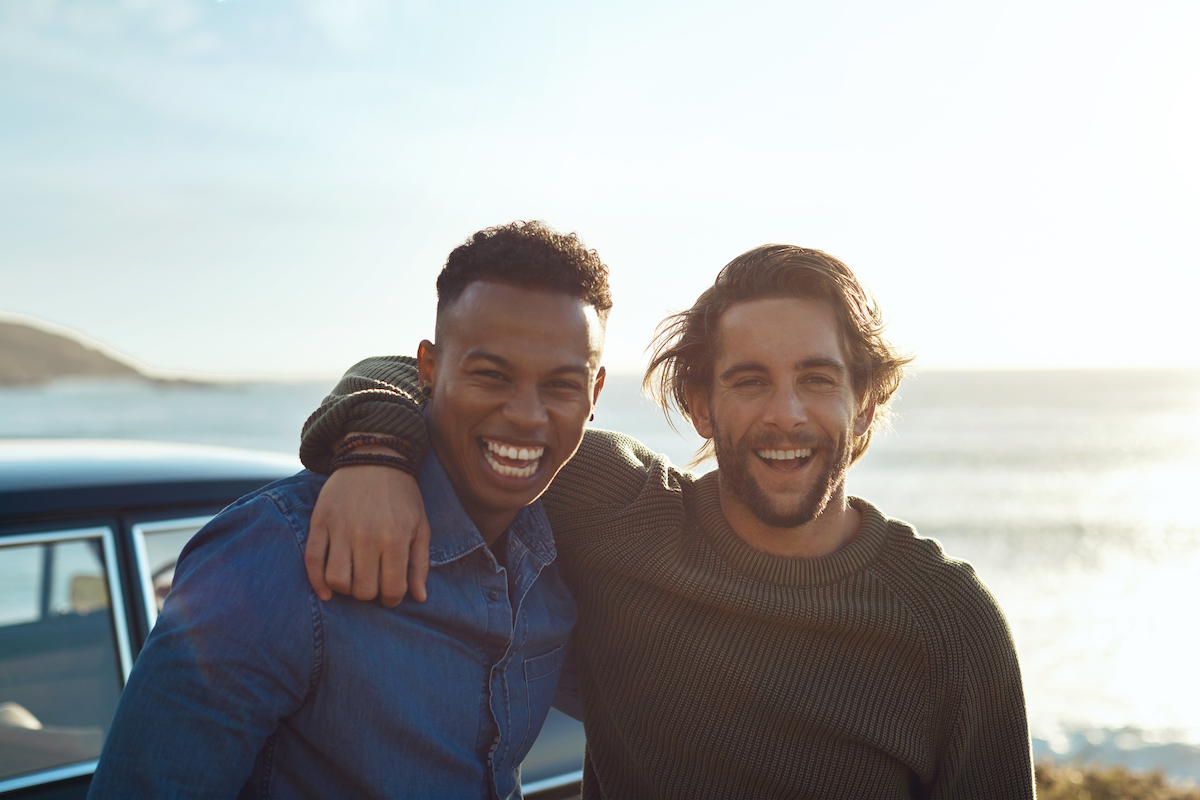 While we Australian men have never been more open and willing to talk about our mental health or mental health more generally, we’ve still got a long way to go.

There’s still this pervasive idea in our society that somehow talking about mental health isn’t ‘manly’. Men are taught to bottle it up and ignore our problems, and at its very worst, make fun of other men who are having mental health issues or who dare bring it up for discussion. All of this makes things even worse.

Of course, this stoic, macho Aussie bloke’s culture is a relic of the past. But it’s still a hurdle many men struggle to clear.

Half the challenge for many men is just breaching the topic with other men. It’s hard to break through this ‘cult of silence’.

Aware of this, one Australian mental health advocate has suggested a deceptively simple way to break the ice with a mate – and one that even the most cynical Aussie bloke could probably get over himself to do.

And though we might have said, in the past, “some things just go without saying,” and though there is a certain beauty to unspoken camaraderie, what’s even more beautiful is letting a mate know you are there for them.

To that end, Gus Worland, founder of Gotcha4Life, an not-for-profit that aims to “increase mental fitness and end suicide in Australia”, issued this challenge on Instagram earlier this week. And it’s a ripper.

“Send this text to a mate you haven’t spoken to in at least a month to let them know how much they mean to you,” Worland says.

“I love you. I miss you. Look forward to seeing you soon xoxo.”

It’s ridiculously wholesome, but also quite genius. While we can imagine some dudes thinking this skirts the line of being too cutesy (or maybe it’s on the border of taking the piss), that’s kind of the point. Either it gets taken at face value and it’s a lovely message to send to a mate, or it’s a way of using humour to catch someone off guard and spark an important discussion.

As Worland puts it, “it’s a conversation starter that can help get deeper connections with your mates and even save a life!”

RELATED: You Don’t Need A Psychology Degree To Ask A Mate If They’re OK

Having these sorts of tricky conversations has never been more important. On average, one in eight men will experience depression and one in five men will experience anxiety at some stage of their lives, according to BeyondBlue. Furthermore, men make up an average of seven out of every nine suicides every single day in Australia. It’s the leading cause of male deaths in this country, more than double the road toll.

We might find it difficult to have these sorts of conversations as men, but they’re a damn sight easier than having to deal with the untimely death of a loved one.

Trent Baldock, Bondi-based marriage celebrant, musician and carpenter by trade, has recently made waves with a raw and honest appeal on social media for people to start talking about mental health more openly, distraught after the loss of two of his mates to suicide over just two days last week. Watch it in full.

Baldock puts it very eloquently: “Enough is enough… Everybody is one phone call away. Don’t be afraid to show vulnerability, don’t be afraid to open up. I would rather sit here and f*cking dumb cry our heart out than bury another mate.”

RELATED: Why You Need To Rethink Your Relationship With Resilience

When it comes to having a conversation with a mate about mental health, you don’t need to reinvent the wheel. Queensland Health has some good tips about how to broach the subject.

Of course, it cuts both ways, too. Reaching out to a mate to check-in might also give you the opportunity to reflect and share your own struggles, which might help them come to terms with theirs. When we’re all open and thoughtful about mental health, we all win.