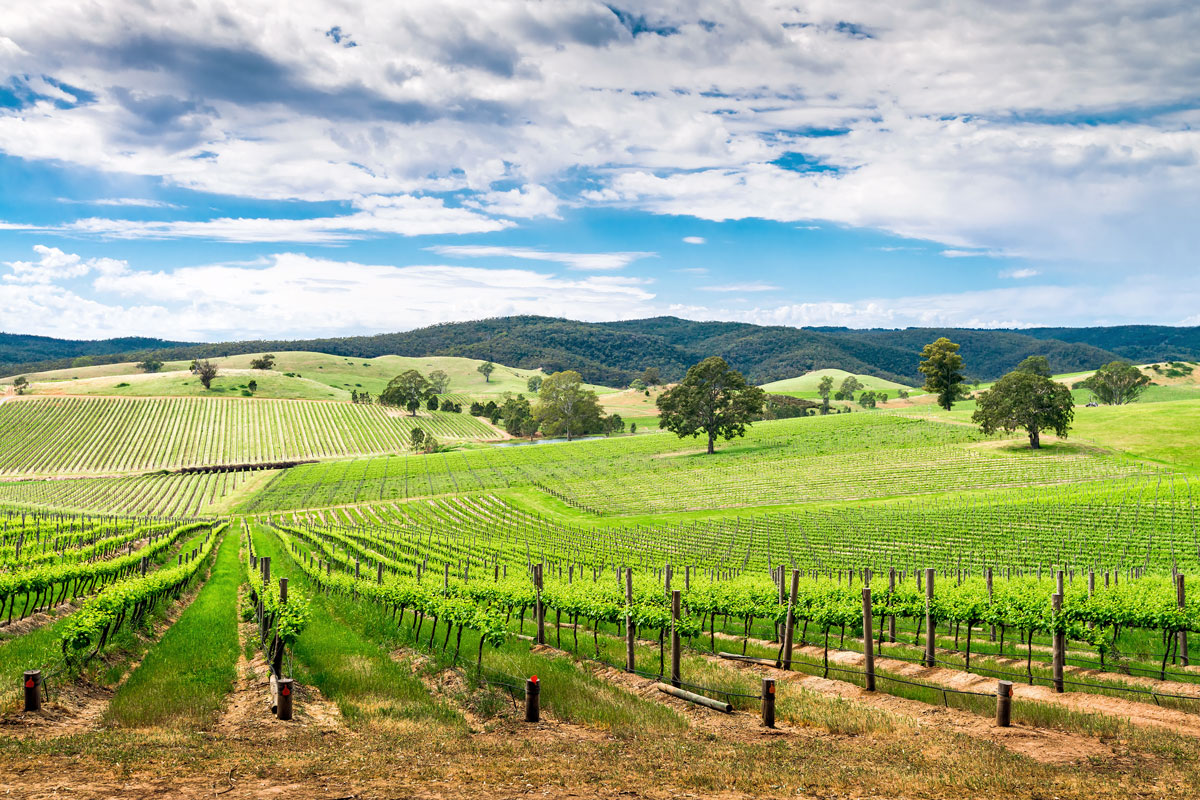 These days, even the most stuffy Frenchman would have to admit that the United States produces some rather good wine, most of which comes out of The Golden State – California.

America’s most populous state boasts some of the best wine regions in the world, many of which are household names, like the Napa Valley or Sonoma County. It also does volume: California alone is responsible for about 90% of the American wine supply and if it was its own country, it would be the world’s fourth-largest wine producer.

But this over US$40 billion industry is increasingly at the mercy of rising temperatures and horrendous wildfires, which are both getting worse and more frequent thanks to global warming.

Beyond that, the industry is the canary in the coal mine for American (and global) agriculture more broadly, as the article relates:

“Their fate matters even for those who can’t tell a merlot from a malbec. Napa boasts some of the country’s most expensive farmland, selling for as much as $1 million per acre; a ton of grapes fetches two to four times as much as anywhere else in California.”

“If there is any nook of American agriculture with both the means and incentive to outwit climate change, it is here. But so far, the experience of winemakers here demonstrates the limits of adapting to a warming planet.” 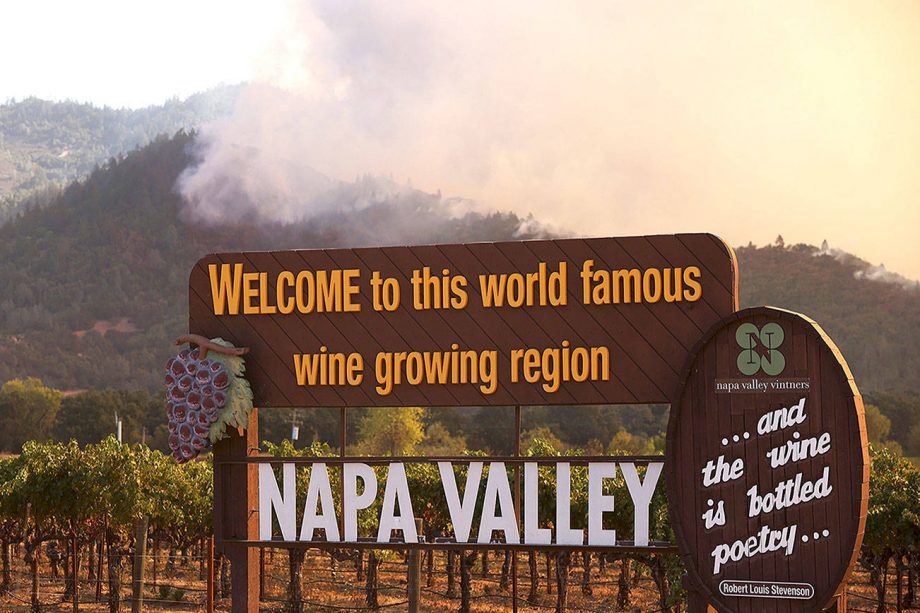 Fires in the Napa Valley earlier this year. One of the big problems with fires is that smoke can affect the taste of grapes, especially red grapes. ‘Smoke taint’ means grapes kilometres away from fires can still be badly affected. Image: Fox Business

One key issue is that it’s extremely expensive to protect grapes from high temperatures and fires. Installing fire extinguishers, replanting vines or even erecting shade cloths are all costly measures – indeed, shade clothes can easily become kindling if a fire is blazing out of control.

Thankfully, there’s one solution to protect grapes from high heat that sounds bizarre but is surprisingly effective – applying sunscreen to grapes.

It’s something Australian growers have been doing for a long time now, as this ABC News report from 2019 relates. Typically based on kaolin clay, the sunscreen is a relatively cheap form of sun protection and is also commonly sprayed on other fruits and vegetables, such as apples and avocados.

It may sound strange but it’s not a recreational pursuit. Grapes can easily get sunburned, which totally ruins them – you just end up with a vineyard full of foul-tasting, expensive raisins still on the vine. If spraying your grapes with clay is the difference between a successful and failed harvest, it’s no laughing matter. 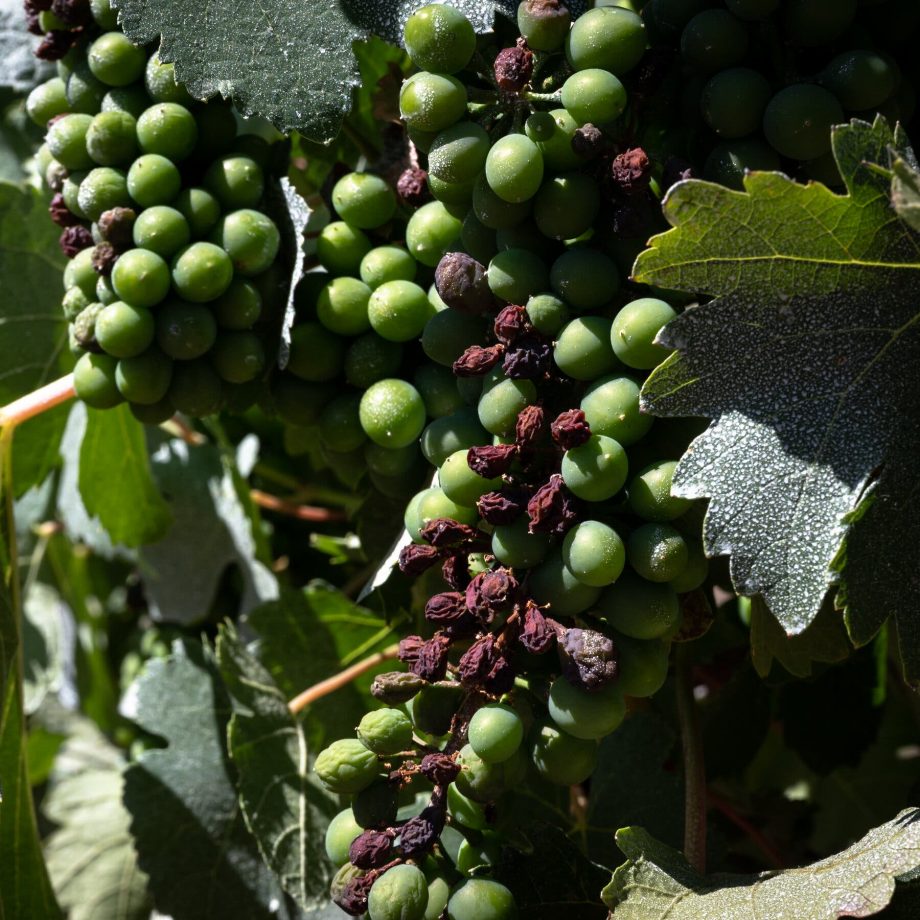 Sunscreen-sprayed grapes at a vineyard in Langhorne Creek, South Australia. You can see the white spray clearly on the vine’s leaves. You can also see that it doesn’t always work – notice how some of the grapes have burned and shrivelled on the vine. Image: ABC News

Recent years have seen multiple instances where Australian experts have been sought in California to help combat climate change and fight fires. Notably, Australian firefighters headed to California last year to help out during their wildfire season – returning the favour, as Californian firefighters who came to Australia’s aid during our Black Summer.

It’s not just the US’ winemakers and farmers that need to start adopting Australian climate change management techniques like these. Summer wildfires and hotter temperatures are also becoming increasingly common in European countries such as Portugal, Italy and Spain, the latter two of which are two of the world’s biggest wine producers and major agricultural nations.

It just goes to show – if you like drinking wine, you might need to do more about the environment.