We should (hopefully) be able to visit Europe again next year. But are we ready to do so? 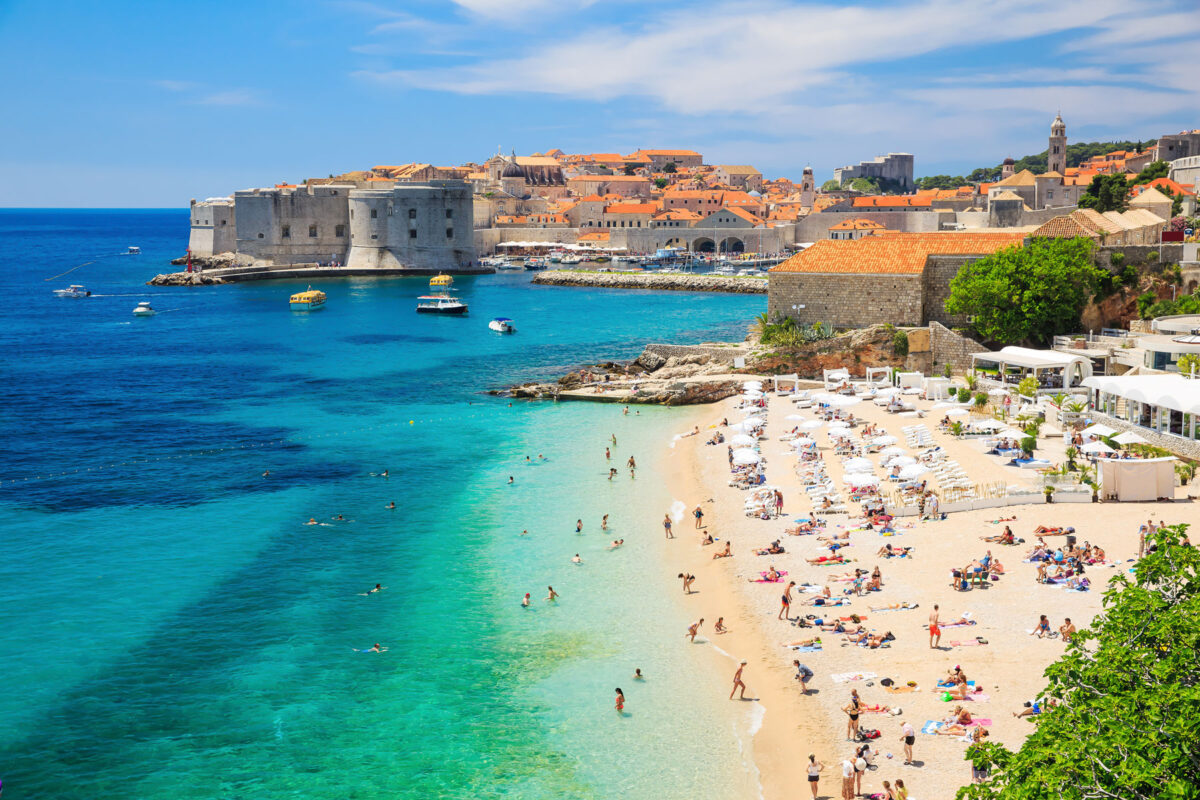 Forget calling flip flops ‘thongs’; being mortified by topless sunbathing is the biggest give-away you are an Australian on a European beach.

Even as body-positivity sweeps Australia and America, when you compare us to Greece, France, and much of Europe, we are very uncomfortable in our own skin.

There are two main reasons for this. The first is that we are brought up to be mortified by nudity.

The second reason is that we have been pepper-sprayed with beauty standards that are only possible to reach within a narrow age (and size) range.

But this can – apparently – be overcome once you realise no one cares what you look like as much as you do.

As Liv Hambrett, European correspondent for the Daily Life wrote on this topic: “I don’t know where the UK and thus Australia and the USA peeled off from Europe in its attitude toward the human bodies, although I can hazard an uneducated guess (church, prudish royals etcetera.) I do know religion doesn’t stop the Germans getting their kit off, or not caring a jot about being naked, and that how a country deals with the human body is ingrained in their greater socio-cultural relationship with sex (and that’s one of the most flawed, damaged relationships we have).”

“And I do know Australians could borrow a little of the European attitude to bodies; it’s just a body.”

It’s also worth pointing out this is clearly not the case in all of Europe. In fact, in France – one of the most well-known countries for its liberal beach attitudes – The Guardian reports topless sunbathing is on the decline.

That said – some tourists – Liv Hambrett, writing for Daily Life among them – have had their eyes opened to this different way of thinking.

“I flipped over and offered my very nude body to the sky… Nothing happened. There wasn’t a clap of shame-thunder [and] the water didn’t reel back in horror and then rush to cover me up.”

“No one pointed, no one looked meaningfully at my ‘problem areas’, no one made any comments about bikini bodies or being bikini ready. Actually, no one even glanced my way. The old nude French man was far too busy loving life with his old nude wife, the merrily naked gay couple behind me were trying to find stones big enough to weigh down their towels and those who strolled by on occasion simply kept strolling by,” (Daily Life).

Whether it’s Mykonos, The French Riviera, Capri or San Sebastian, experiences like these are seeing some Australian tourists start hitching their swimmers to the nudism bandwagon.

As Nine Honey reported in 2018, nudism is now (slowly) growing in Australia. Just this week news broke a petition was circling for a new nudist beach in Sydney (presumably not just because of lockdown inspired madness).

And – as we reported in 2019 – there are various other basic freedoms Europeans are afforded that we are missing out on too.

Of course, you should feel no pressure to get nude, drink 11am beers, embrace ‘hazard flight parking’, cycle without a helmet or start taking your coffee with long-life milk. The point is; it’s great to feel free to do so.

With Australia’s borders rumoured to open (so some countries) as early as November/December, the time to get over your Hollywood brainwashing could be now…