It’s time to get my tall poppy syndrome on. London boasts more restaurants than Sydney, Melbourne and New York City put together. This causes an issue for locals like myself and visitors in a sense that you’re simply spoilt for choice.

Forget the bangers and mash, today we’re showing you guys how to select the coolest places to eat in London when there’s such a staggering amount to choose from. 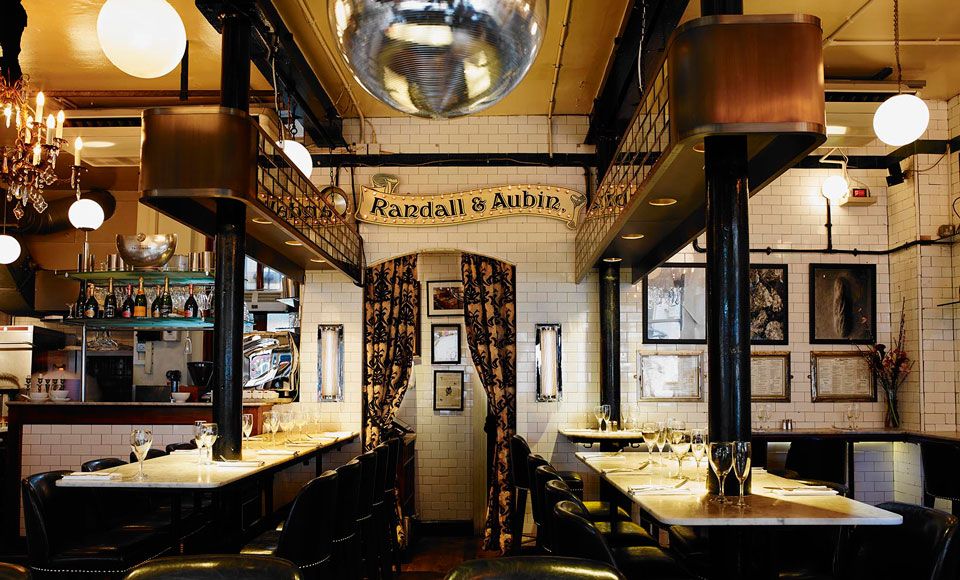 Recently celebrating its 20th anniversary, this smart Anglo/French brasserie in Soho has been a stylish go-to for London’s discerning diners that desire exceptional food in a relaxed but luxurious environment. Head Chef Ed Baines is well known for flying the British flag and his passion for fresh ingredients confidently fuels all the classic dishes here. Think moules mariner, French onion soup, rotisserie chicken, lobster, crab and steak all done to perfection. You can’t go past a dozen oysters and bottle of the house champagne to start things off. 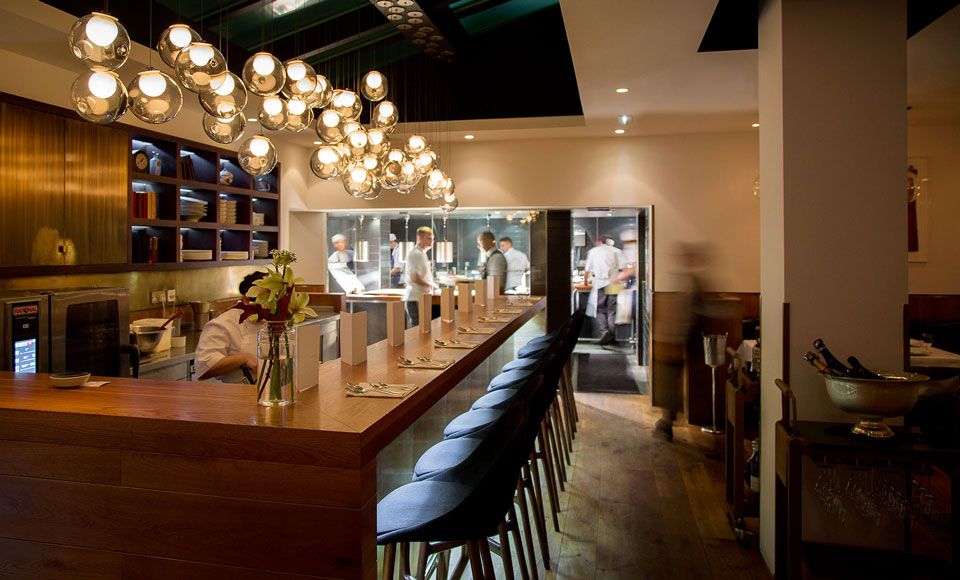 To be honest, any restaurant in London with ‘social’ in the title is a winner in the cool stakes. After gaining a Michelin Star in 2011 Chef Jason Atherton went on to replicate the formula in his other eateries whilst raising the bar for dining experiences in London. We could list any of his restaurants here but Pollen Street is where is all started so it get’s the mention. Food wise it’s the real deal in casual fine dining. It’s starred, has won multiple ‘Restaurant of the Year’ awards and it’s Atherton’s flagship. Enough said. 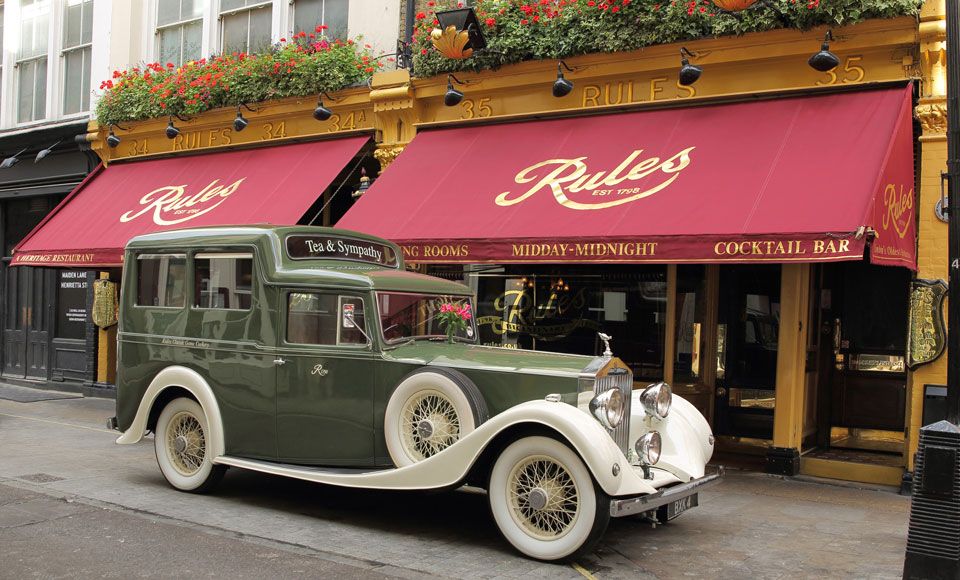 If you don’t think that being the oldest restaurant in London is cool then you are reading the wrong list. You can stick your fancy awards and hard-to-get stars; Rules opened it’s doors around the same time as Australia was first discovered and the French Revolution still raged so they’ve been doing something right over the centuries. We won’t bore you with the history (there’s so much of it) but, if you are looking for the true London dining experience, then look no further than ‘Rules’. It even made a cameo appearance in the last Bond film Spectre. 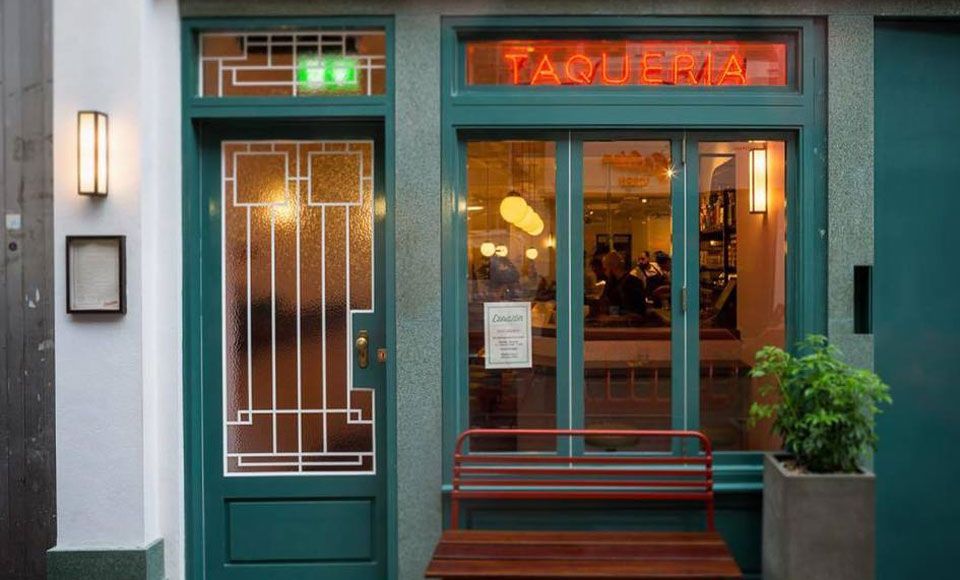 Hot, hot, hot! Some people say that the Mexican wave has been and gone but when food is done right, it never goes out of fashion. This brand new Taqueria off Oxford Street in Soho offers a welcome alternative to some of the chain mexaurants that have dominated the capital in recent years. While the mention of ‘creative Mexican comfort food’’ already had us drooling we also noted the impressive Agave list which marries two of our favourite things in the world together; Epic Tacos and amazing Margaritas! 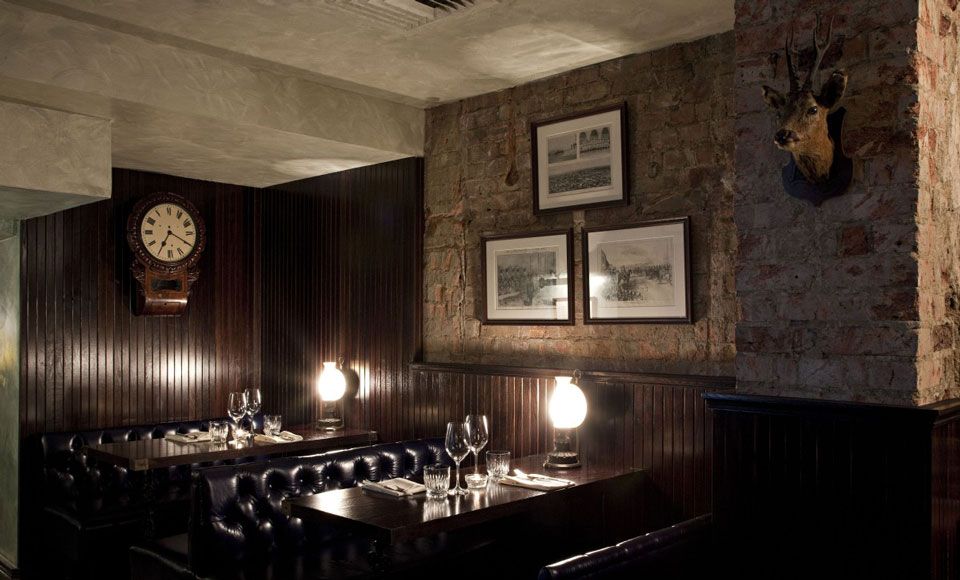 Most Brits will admit that, behind fish n’ chips, the Curry is celebrated as a national dish. This is London and so high-end Indian Tukka needs to be tremendous to stand out from the crowd. In 2014 Gymkhana won the ‘Restaurant of the Year’ award putting ‘posh cuzza’ firmly on the map and beating the Marco’s, the Heston’s and the Gordon’s in the world’s most competitive culinary battlefield. “How good can it be?’ you ask. Well, of course it’s always subjective, but it has been described by one critic as ‘a magnificently perfect restaurant’. Okay then. 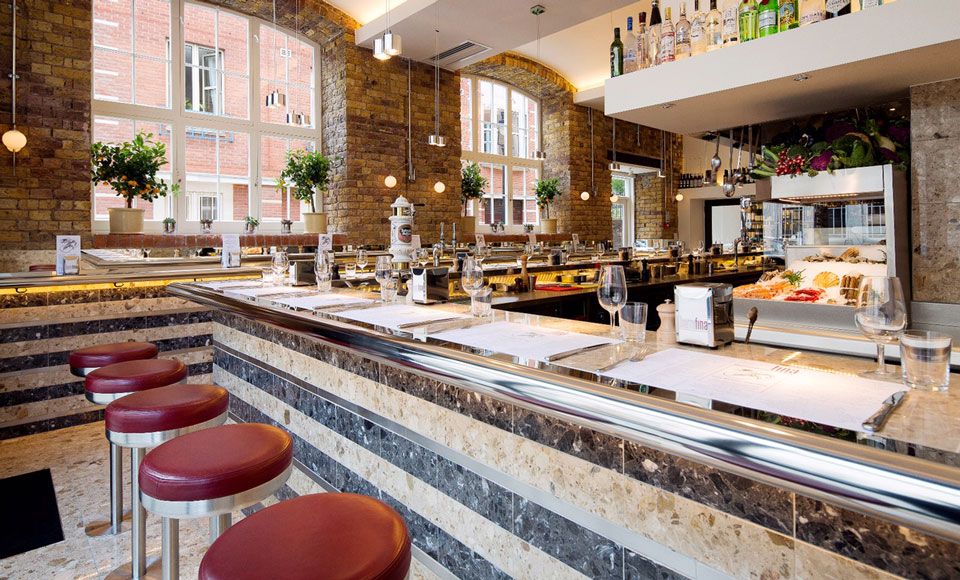 Forgive me, as I need to break my own rules here. Two things that aren’t necessarily ‘cool’ are restaurant franchises (although thank you God for Pizza Express’s ‘American Hottest’ with the Romana base) and queuing. Barrafina is the exception to this. It has taken its winning diner-style Tapas bar and ‘extended’ it to other parts of Central London. Why?

Probably because they don’t take reservations and so you have to queue. So, on one hand, I don’t want to include a restaurant experience that isn’t unique but, on the other hand, there’s more chance of me getting a seat (although possibly less now that you know about it). Take my word; best Tapas in Central London with the queues to prove it. 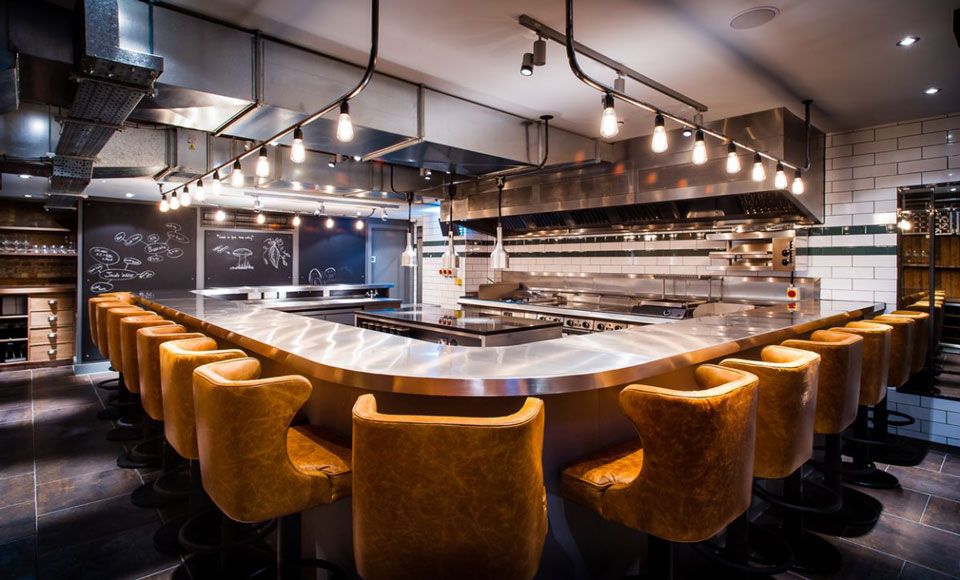 When it comes to cool dining experiences, Kitchen Table should be what it’s all about. We could roll off the standard Michelin-infused restaurant archive which most people can’t afford (or get a reservation at) and offer little in the way of unique participation by the paying customer. Not so with Kitchen Table; although affording the meal and indeed getting a reservation still maybe a challenge, you will be rewarded by a truly special meal that I guarantee you’ll be talking about for days afterwards.

Discretely accessed via an existing restaurant, (Bubbledogs) you enter though a curtain leading you to an edible Narnia. I will now translate what has been described as an ‘amphitheatre of cheffery as a spectator sport’; 19 comfortable bucket seats surrounding a working kitchen space with an 11 course tasting menu and all eyes on your host, Chef James Knappett. P.S Also has a Michelin Star. 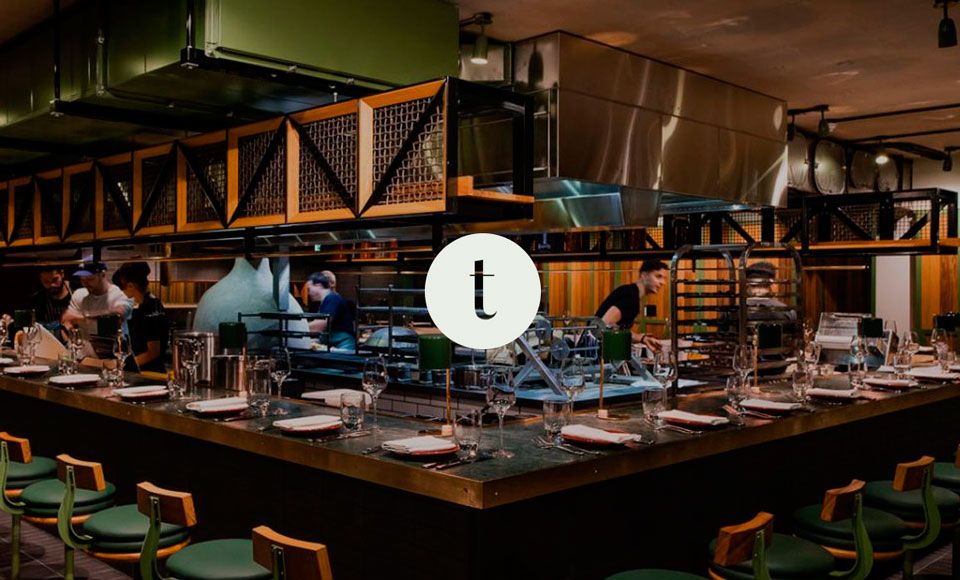 You don’t just need to like meat to visit Temper; you need to love it! Chef Neil Rankin is a master of his craft and part responsible for pioneering the British barbeque scene of late. He uses Temper to exhibit his pit-smoked, flesh-searing techniques and provide an impressive range of tapas style dishes that’s guaranteed to give you the night sweats. Stop complaining! It’s fantastic and they have one of the best Mezcal selections in London to accompany their also tasty tacos. Perfect for the committed carnivore. 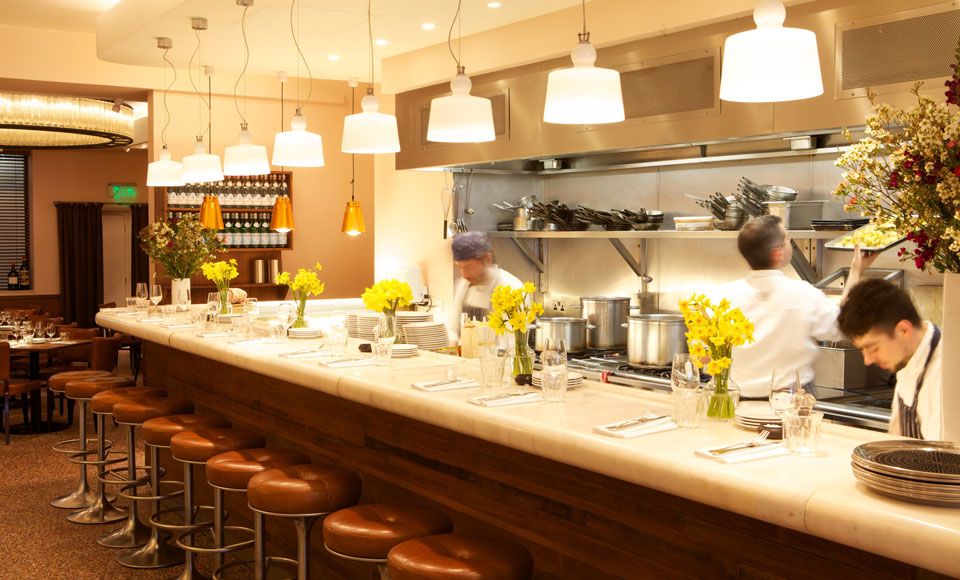 This is a big call but Bocca is probably one of the best Italian restaurants in the world. I know, I know… but I am not alone in this school of thought and this is what makes it so cool. Internationally renowned as another Soho stalwart this restaurant revels in its consistent excellence. Chef Jason Kennedy opened at the height of the global financial crisis in 2008 (ballsy) and has continued to please his customers time and again. It offers big and small plates depending on appetite or occasion and goes that extra yard with the finesse of its service. All this, as well as housing some of the finest wines known to humanity right there on the premises. Cannot. Go. Wrong. 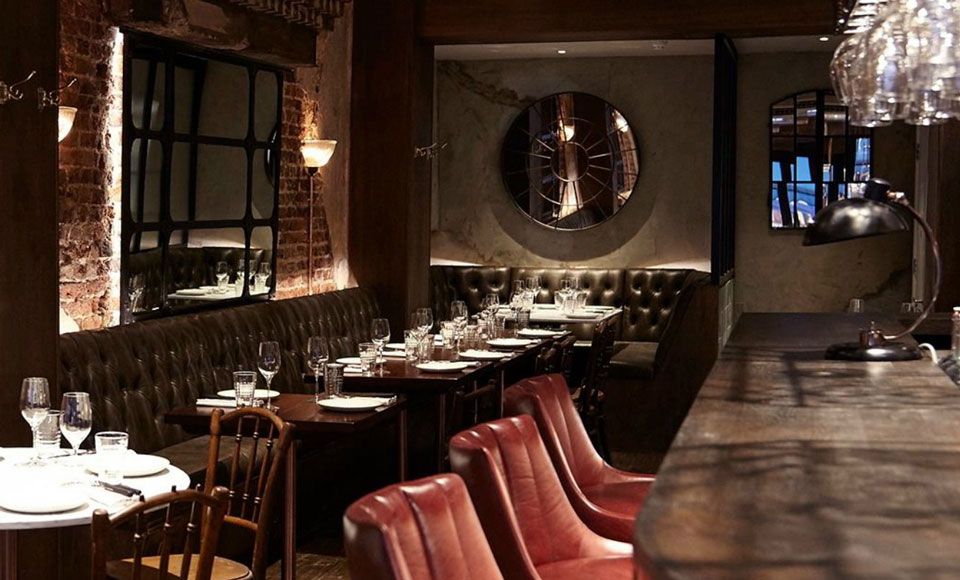 The Ninth is the ninth restaurant by Chef Jun Tanaka and has food critics and customers raving about it. The cuisine is described as ‘European/French/Mediterranean’ and just one look at the menu will delight even the fussiest of foodies. The restaurant environment itself is distinctly unfussy although intimate and, dare-I-say, ‘neo-industrial romantic’ (yes, I did just make that up).

You may easily forget about your surroundings once you taste the dishes on offer. This is cool for being a true food lovers restaurant and the prices are also quite reasonable including a 3 plate ‘set lunch’ for just £23. 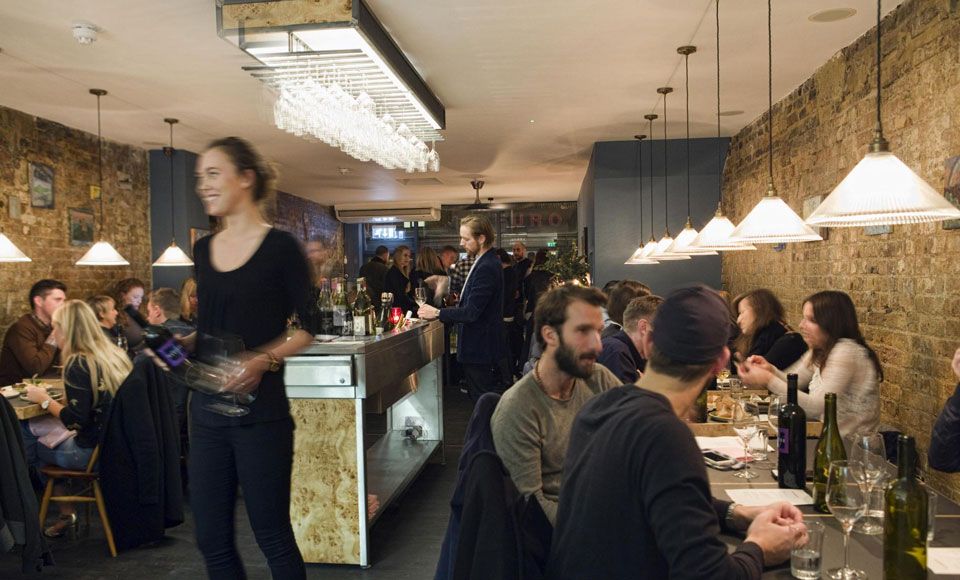 Any place named after a Bukowski poem has got our attention – particularly one that advises ‘your life is your life, don’t let it be clubbed into dank submission’. ‘Or pay good money to eat at bad restaurants’ we might continue. Add to that a versatile offering of restaurant, wine bar, off-licence and with a 2am licence in Hackney then we are definitely listening. The new venue indulges its customers in three very simple ingredients; great hospitality, sensational wine and splendid food. It’s East London cool done right. 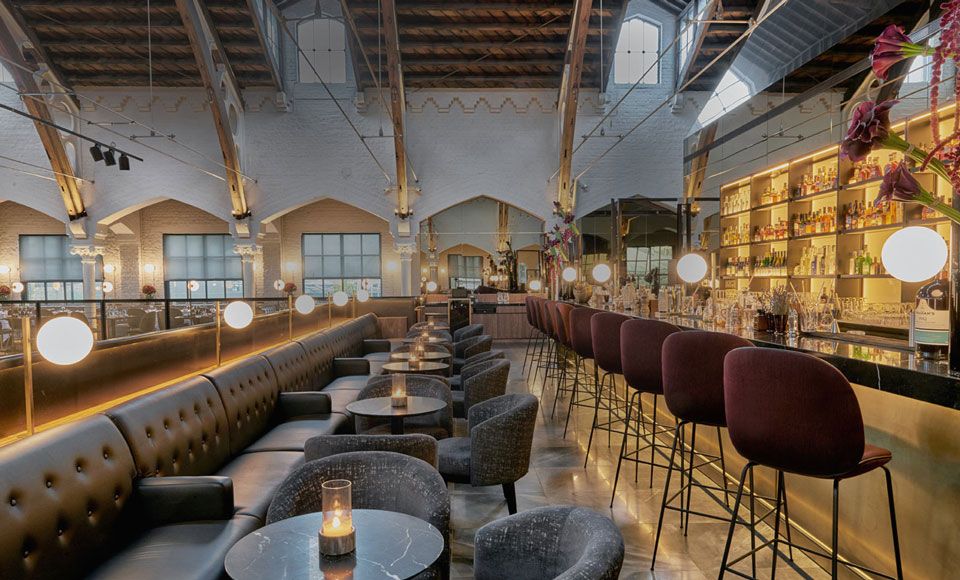 Nestled neatly between St Pancras and King’s Cross Stations this former gymnasium (hence the name) offers an unusual environment for the London diner. Open space is the novelty here. The D&D Group (responsible for a whole host of famous London eateries) have taken full advantage of the gentrification of ‘the Cross’ and produced a sexy cathedral-like ambiance not dissimilar to the railway platform canopies in the vicinity. This is not just a restaurant but a modern European Cafe and impressive bar space as well. The food on offer stays true to the venue’s name with Bratwurst and Schnitzel at the ready. 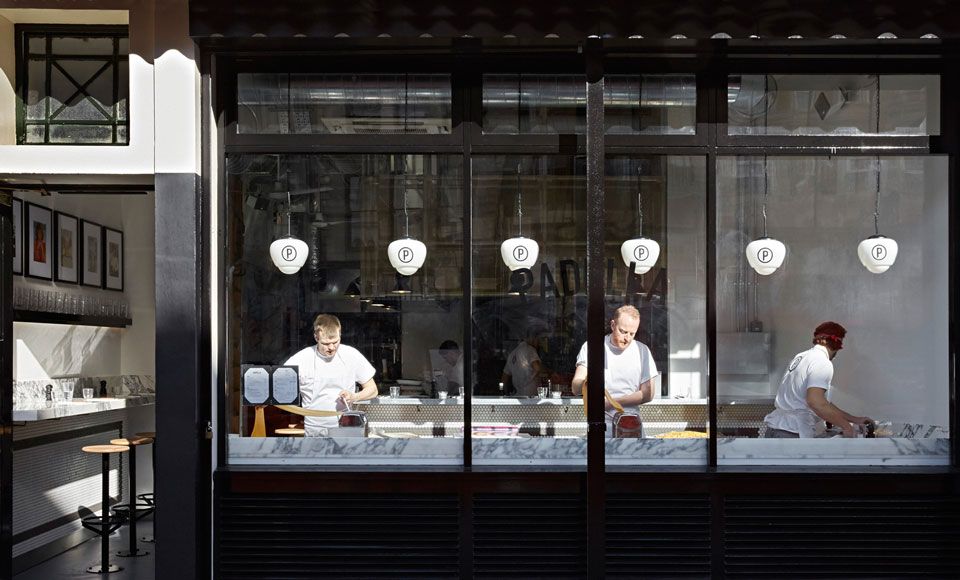 South of the river and a stone’s throw away from ‘Borough Market’ (a hunger-inducing experience if ever there was one) is ‘Padella’ – A chic pasta bar! And let’s just get this straight now; it’s not an Italian restaurant. They do one thing very well and that’s serve fresh pasta (different types, with sauce, etc).

And who doesn’t love a good pasta dish? It’s first come, first serve (although they offer a ‘virtual queue’ service in the evenings), it’s won a load of awards, it’s well priced and you will likely have to wait for a table but, and it’s a big and very important but….it’s bloody good. 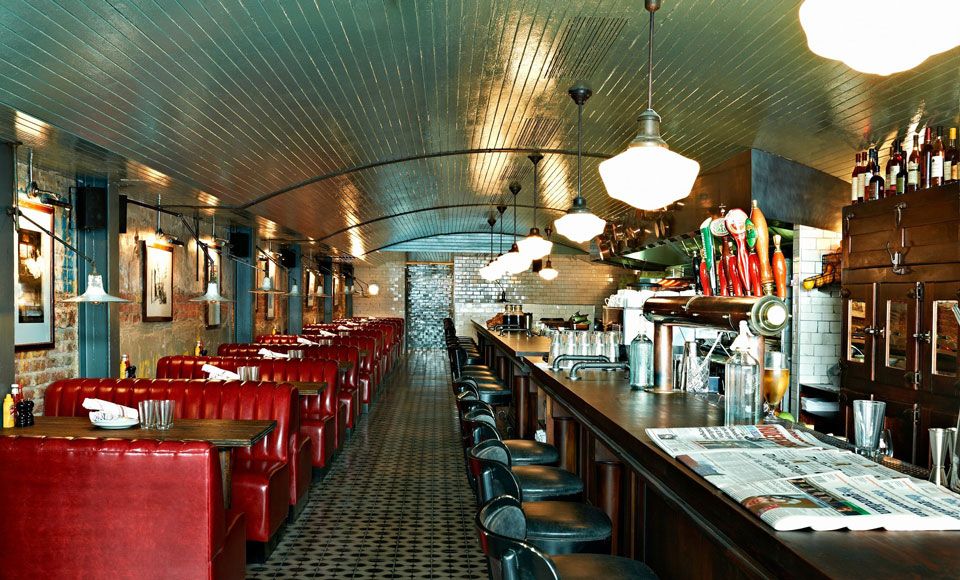 Don’t get me wrong, Notting Hill (and indeed West London) has its fair share of mentionable places to chow down; from the double Michelin-starred, fine dining mecca ‘The Ledbury’ to the relaxed-but-eternally-cool ‘E&O’ plus many in between. However, ‘The Electric Diner’ located on the world famous Portobello Road is firm a favourite of ours.

Whether it’s an early weekend brunch on a Saturday morning next to the busy antiques market, a few cold beers on a warm summer evening or a pre-cinema burger fix (‘The Electric Cinema’ is attached and provides the coolest movie experience in London) this place has you covered for almost every occasion. It’s also part of the Soho House Group (‘The Electric House’ members club is located upstairs) and so the quality of food and service is guaranteed at reasonable prices. This place proves that versatility is cool. 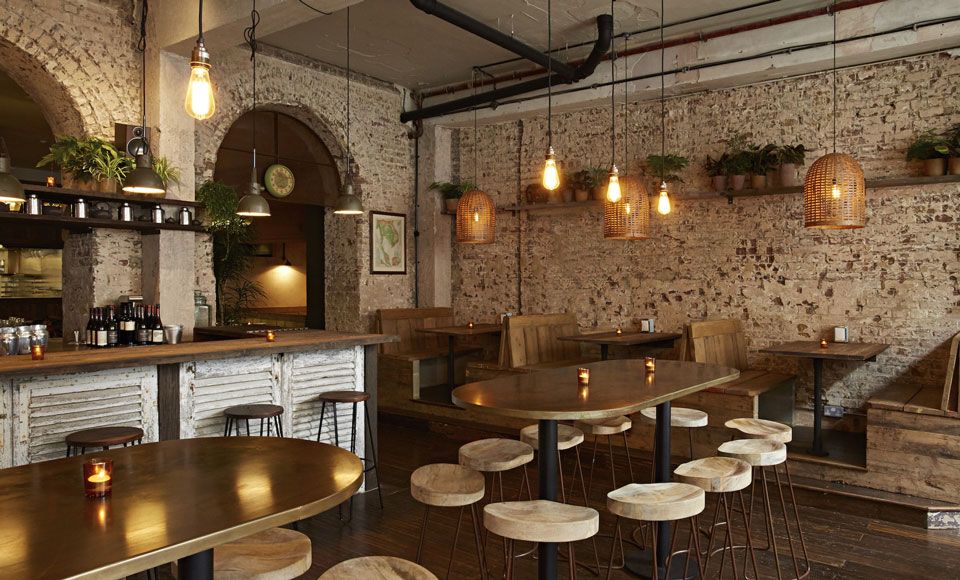 Talkin ‘bout an evolution! Starting life as a Peckham pop-up before enjoying a residency at a East London coffee roastery, Som Saa went on to raise £700k in less than 3 days in a crowdfunding campaign to secure their current Spitalfields premises in a former fabric warehouse.

We love Thai food (who doesn’t?) so why is it so hard to find in London? A decent restaurant list could not be complete without representing this most flavoursome of cuisines which is why we are so grateful for Som Saa. The pedigree of chef behind the venture is outstanding and so it’s no surprise that the food is incredible. New for 2016 and making a big impact. 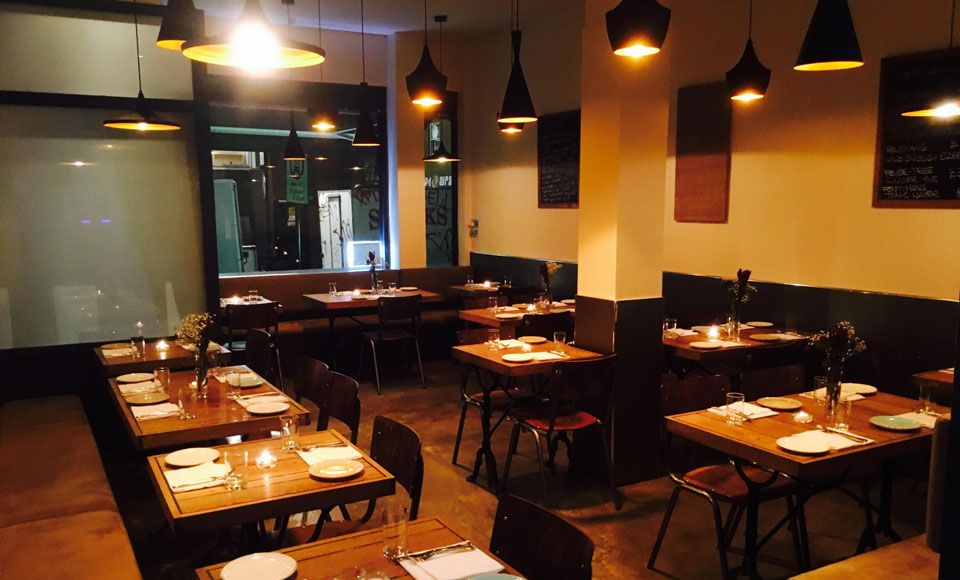 We’ll finish off this list with the most British of selections; Mark, Jack and Nick, the three guys behind ‘Anglo’ have already won the favour of many and it’s no surprise to see why. A small restaurant with simple, refined dishes based around a tasting menu in the evening and a la carte and set menu at lunch. It’s a nice enough environment but the food really is stand-out. Critics have described it with such adjectives as ‘exquisite’ and ‘mind blowing’ and we couldn’t agree more. If you want to see how far British food has come in the past 10 years then this would be your first port of call.