Celebrating 20 years in style with shades of black. 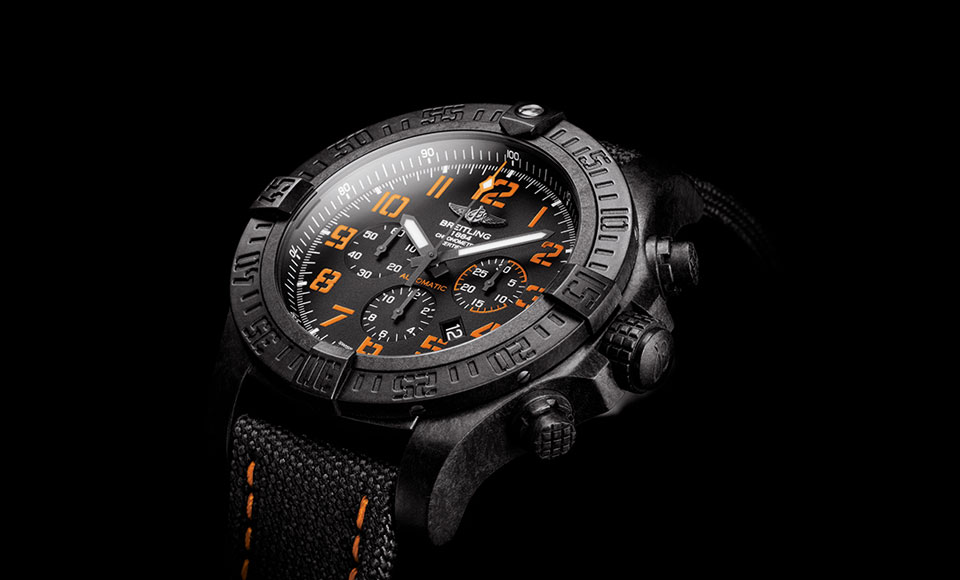 Swiss watchmaker Breitling have teamed up with luxury retailer Watches of Switzerland to celebrate the latter’s 20th anniversary in style.

To mark two decades in business the collaboration revamped the Avenger Hurricane with a host of advanced features to make it one of the most masculine pieces to ever come out from the watchmaker. The standout feature here includes a case which retains the same XXL 50mm dimension but replaces the original material with a high-tech composite called Breitlight which is 3.3 times lighter than titanium and 5.8 times lighter than steel whilst still being harder than the latter.

Set in a beautiful volcano black with a natural matte composite finish, the watch is complemented with bright orange highlights both on the dial and the military strap stitching which should make it highly appealing to the active and adventure crowds.

The watch is powered by Breitling’s Calibre B01 movement which is certified by COSC (Swiss Official Chronometer Testing Institute) for superior timing precision and features chronograph counters at the 9 o’clock, 6 o’clock and 3 o’clock markers.

Flipping the watch around will reveal a specially engraved caseback which wears the Watches of Switzerland logo along with the limited edition number out of a total of 20 exclusive units. 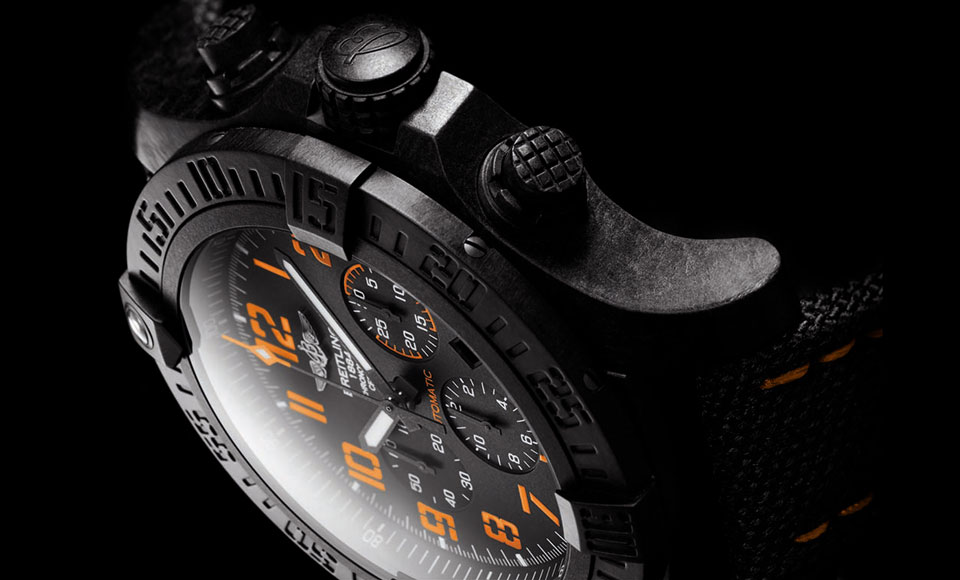 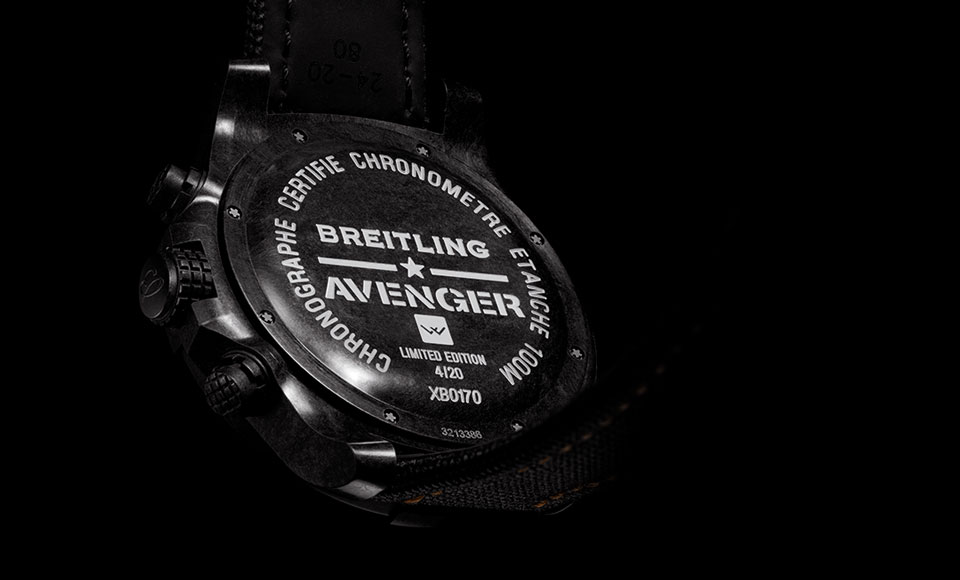