Act like you have the corner office, even if you’re in a cubicle. 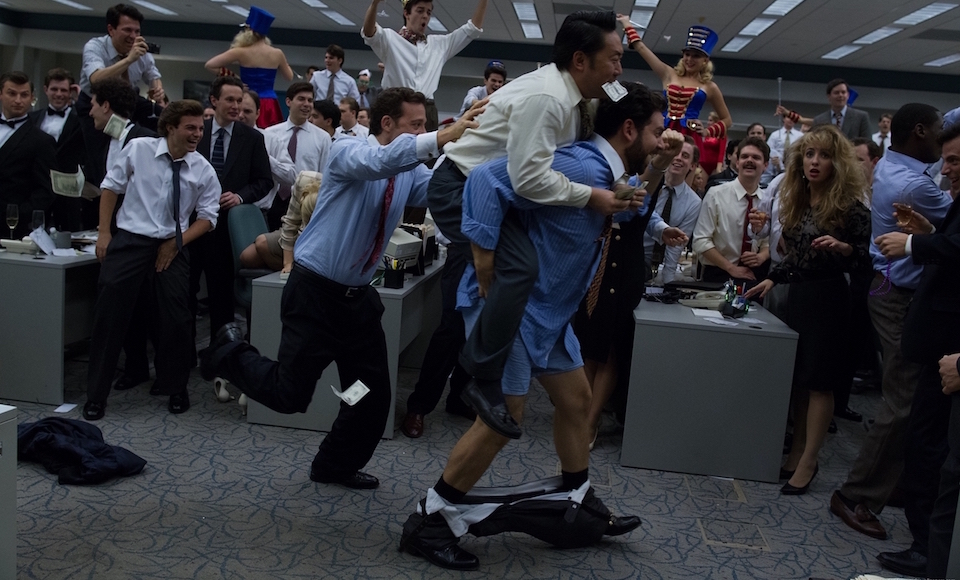 Not your average day at work

The office party: an event so fraught with potential for comedy and catastrophe, there’s an entire Hollywood movie about it.

We all wistfully watched the party scenes in The Wolf Of Wall Street and dreamed of such debauchery in the office. Sadly, the reality of workplace events inevitably involves fewer marching bands, hookers, and head shavings. Just because you have a cocktail in one hand and a canapé in the other doesn’t mean you’re not still on the clock.

Corporate social functions are minefields of creative ways to torpedo your career. There’s a fine line between getting into the celebratory spirit and getting carried away, so brush up on your company party etiquette before you become the watercooler’s hottest new piece of gossip.

You won’t be the office asshole if you follow these do’s and don’ts.

Unless the event specifically calls for black tie or casual dress (or, God forbid, an ugly holiday sweater), the dress code will be determined by the formality of the company and the venue. Assume you’ll need to wear something equally as professional as what you wear to work, perhaps with a teensy bit of tasteful festive flair.

Do: Know Your Limits

Yes it’s a no-brainer, but everyone has seen a co-worker get carried away at the open bar. Eat, drink, and make merry in moderation. Best case scenario, have one or two drinks and call it a night. Worst case scenario, make sure there’s at least one person who’s drunker than you. If pacing yourself doesn’t come to you naturally, order drinks you don’t love so you’ll nurse them all night instead of guzzling one after another. Also: absolutely no shots.

Read the invitation carefully. Some workplace events are for employees only. Others allow spouses or dates, but rarely is it appropriate to bring any other plus ones, and it’s certainly not kosher to bring plus fives. Meet your boys at the bar afterwards, when it doesn’t matter that one of them has a habit of telling crass jokes and passing out in the bathroom.

Got a secret stash of moves you’ve been dying to show off to your office crush? Throw down on the dancefloor like you’re the love child of Patrick Swayze and John Travolta. It’s a party, after all. Just leave the twerking to Miley and the stripper grinding to Channing and co.

Do: Leave Business Behind

You’re gunning to reach the next rung on the corporate ladder, but an office party is not the time to talk shop. Resist the urge to suck up to the CEO or debate the minutiae of your team’s latest project. No one wants to befriend (or promote) the company bore, and it’s hard to enjoy the buffet when your nose is stuck halfway up your boss’ ass.

Do: Hook Up Discreetly

Most experts in company party etiquette would strongly caution against succumbing to the temptations of office romance. The corporate cookout isn’t your own personal singles bar, and sexual harassment claims don’t look good on a resume. That being said, hooking up at office parties is a time-honoured tradition, so if you’re going to dip your toes (or, uh, whatever) in that water, do it as discreetly as possible.

In the immortal words of Ron Burgundy, “Stay classy.” Workplace functions are a time to let loose, but not too loose. Don’t overshare about your personal life. Don’t be brutally honest about the new hire you hate. Don’t tell offensive jokes. Don’t spread office gossip. Don’t hit on the interns.

If you managed to get through the whole event without becoming the office asshole, don’t shame whoever did. Do not spread stories or post pictures of unflattering party behaviour. Your co-workers don’t deserve the embarrassment just because they didn’t read these tips. Treat their indiscretions with a level of secrecy Tyler Durden would be proud of.

Do: Skip The Third Venue

What is the third venue, you ask? Venue one: the official event. Venue two: the location you and a few colleagues decide to bounce to to continue the party. Venue three: a dangerous quagmire where naught but trouble awaits. By the time a third venue is in play, you’re no longer in innocent happy hour territory. The folks remaining want to rage, and that’s a risk you don’t want to take when the office rat might blab about your least flattering antics.

Don’t: Be The Last To Leave

Remember the year the janitor found Chad blacked out in the conference room? Don’t be Chad. Say your goodbyes at a respectable hour to avoid earning a reputation as the company party animal.

Do: Show Up The Next Day On Time

A surefire way to ensure the higher-ups know you’re a man of character? Actually show up for work the day after. While your co-workers feign coughs and family emergencies to hide their hangovers, you’ll look like a shining star who takes his job seriously. Your dedication won’t go unnoticed come promotion time.