Are Abs Really That Healthy When You Look Like You’re Dying Of Starvation?

Looking trim is one thing, but looking malnourished is another.

If the 90s and the 00s were the age of the chest and the arms, the noughties have become the decade of the six pack. 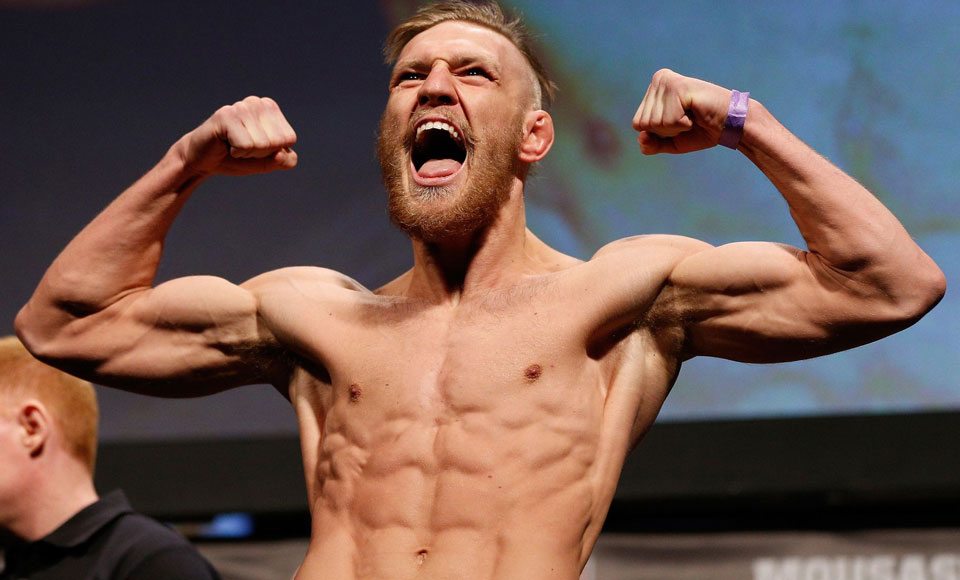 They’re the picture of health, sported by fitness models, bodybuilders, Olympic athletes and MMA fighters alike, and seem to bond all guys in a common aesthetic pursuit.

It doesn’t matter what training you’ve done to get there, but if you have a washboard stomach to show for it, you must be doing something right.

As such, guys are going to further and further lengths to attain the set of rippling abs they just saw on the cover of Men’s Fitness, and it’s becoming increasingly apparent that negative body image is something that affects guys just as much as their female counterparts.

This has the potential to be drastically unhealthy for all men, especially when combined with the intense weight loss techniques that have become mainstream over the past few years. We live in a world where endless fat-burning supplements are marketed and Connor McGregor is seemingly able to drop an entire weight class or two at the drop of a hat.

So where does it all start to unravel? Where does the pursuit of the six-pack become unhealthy?

“Looking trim is one thing, but looking malnourished is another.”

It’s not hard to see when someone has begun to take their weight loss quest too far. Instant results and instant gratification are the desired norms these days, and a careful meal plan can soon devolve into copious amounts of caffeine, diuretics and thermogenics very quickly.

Soon, you or your buddy may have the six pack they desire, but the finished project looks more like something out of The Walking Dead than Mr Olympia.

Ultimately, the goal is achieving a healthy rate of weight loss, however you choose to do so. Extreme dieting and drastic techniques aren’t just likely to fuck your body up in the long run, but due to the fact they’re simply not sustainable, your recovery is more likely to see you pile on pounds once you finish whatever self-imposed suffering you’ve just put yourself through.

Here are a few tips we’ve accrued to make sure you’re not wrecking yourself in the pursuit of ‘dem’ aesthetics.

If you’ve just started a diet for the first time, you’ll start to see results much faster if you’re doing everything right.

As your body adjusts to its new lifestyle, water weight and initial fat will drop off your body very quickly, and you may lose weight at 2 or 3 times the rate you normally will. The important thing to remember is that this is a normal thing, but not indicative of how your body will continue to respond.

As Such, Practice Patience

As fat loss begins to plateau and getting that body fat % down becomes harder, most people turn to more extreme measures. If what you’re doing was working before, keep at it and you’ll eventually see the results you’re after.

Even if it takes more time, you’re doing it in a way that your body can adjust to. For context, the Mayo Clinic recommends a healthy weight loss rate of 1-2 pounds a week, which should be enough for any reasonable human to be pretty happy with.

Avoid Too Many Fads

There are things you can do healthily to keep your metabolism pumping. Maybe try intermittent fasting, cutting down even more harshly on carbs or using Green Tea as an appetite suppressant.

However, there are a few things that should be left to the pros. Ramping up your weight loss by caffeinating the shit out of your body can do all sorts of nasty stuff to your heart and your sleep cycle, while dehydrating your way to a six-pack can cause super severe kidney damage.

Go By The Mirror

When you start looking at your stomach as a measure of your progress and health, it’s very easy to slip into the habit of disregarding anything else.

It’s important to keep perspective though, and being honest with yourself and how you look will help keep you grounded in your quest to get shredded.

If you’re starting to get bags under your eyes, starting to look pale or sunken, you may be depriving yourself of vital stuff that your body needs to function at its best.

Looking trim is one thing, but looking malnourished is another.

Little Help In The Fashion Department