The Difference Between Cheap & Expensive Jeans, Explained By A Denim Expert 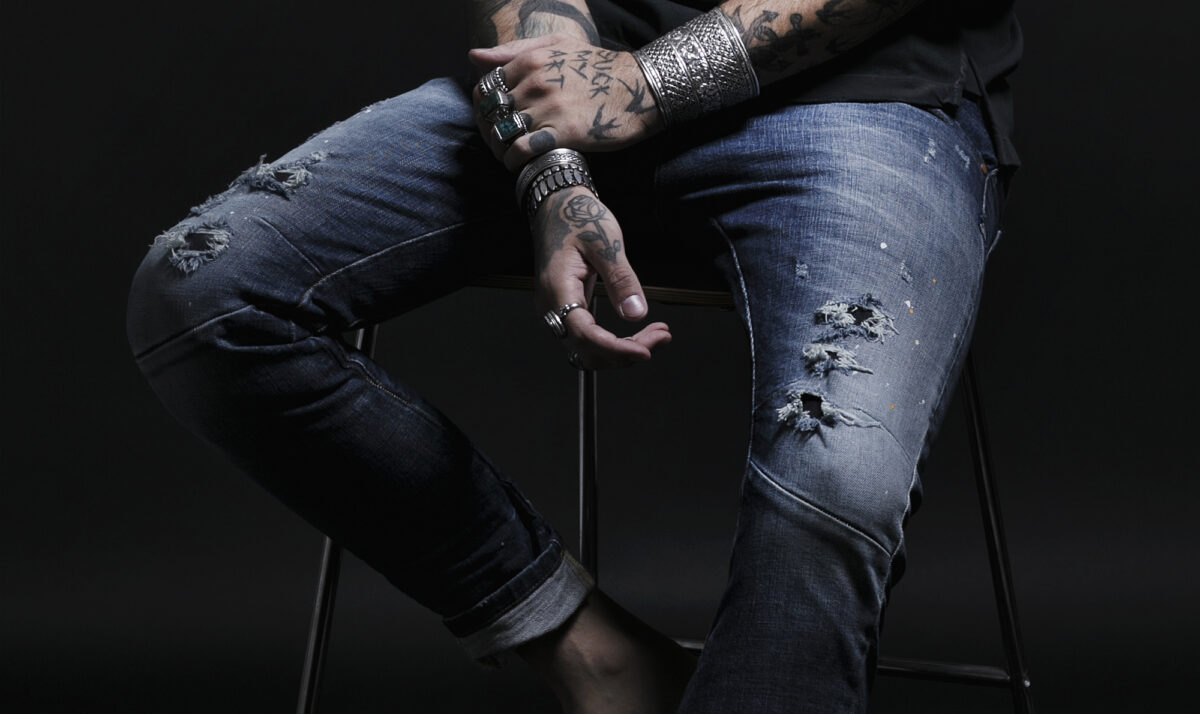 Jeans are the unsung heroes of any man’s wardrobe. From dodgy dates to scoring your first job, these bad boys have gone through thick and thin with you – suspect stains intact.

There’s a more pressing issue though. When the time finally comes to part ways with old indigo, do you spend $200 on a new pair of jeans or $2,000?

Most men will scoff at the idea of buying luxury denim which can start at $500 and go all the way up to the thousands. It’s the resounding call of: “Why would I spend $2,000 on jeans when I can get them for under $200?”

We hear you and today we answering that by breaking down the differences between them.

Helping us get the facts straight is Bryce Alton, CEO of Nudie Jeans Australiasia, who has also worked with numerous denim labels throughout his career.

How Much Denim Design Affects Cost

One of the contributing factors to any high-end denim is its design. A simple glance at an expensive jean will often reveal finer details when compared to a cheaper pair.

Distress patterns, buttons, panelling features (the additional fabric sewn under the distressing), stitching, wash and fit all contribute to the final price. Once proprietary design is built in that final price is subjective to the label.

“You can’t put a price on any ‘art or design’, but unique aspects of a new style should always be considered to some degree,” explains Alton.

So in other words, labels can charges as much or as little as they want based on their designs. As a given Alton says that all denim customers should have the basic expectations when handing over their hard-earned cash for any pair of jeans – cheap or expensive.

“The fit should include prerequisites such as room for both your legs.”

Branding is the beast which can drive customers to pull the trigger on a product based on its perception.

When it comes to jeans, Alton says that every brand is different in the way it factors reputation into its final price.

“Take the luxury brands for example, whom spend billions of dollars on advertising and putting the product into celebrities’ hands.”

“They limit their distribution all to control the supply and demand to be able to sell their products at the price-points they wish. [This is] despite the quality not being much different than other brands made in the same factories in Italy.”

“Unless the jean had some sort of gold-lining or built-in air-conditioning, it would be strange for jeans to be priced at $2,000.”

High-end denim often spruik features like Japanese selvedge, soft stretch denim or 100% hand made. The key points customers should be looking at when parting cash on jeans is what quality of material they’re willing to settle with.

Selvedge is marketed as the holy grail of denim and priced accordingly (although there are some cheaper variants available). This denim type is created on narrow looms where the thread is continuous to create a natural “self-edge” – a thread which is self-closed and won’t unravel.

Larger looms which are designed for mass production run multiple threads and can speed up the manufacturing process. The drawback here is that it leaves behind loose ends which require an overlock stitch to stop the thread unravelling. It’s really not a drawback but more so a kick in the nuts to the old ways of production in favour of profit. A well-made overlocked jean isn’t going to fall apart on you easily.

“Bottom line is that, like all manufacturing, there is good production and poor production procedures,” says Alton.

“This goes from materials to manufacturing process to labour to environmental responsibility.”

“Nudie Jeans, take great pride in what we do and have always strived to be as sustainable as possible both environmentally and with the people making our clothes, and therefore happy to invest into these costs associated with environmental responsibilities and paying living wages.”

The last part is quite interesting in that Nudie Jeans has been able to build that moral code into their branding – it’s essentially a win for the company and consumer given the latter cares about these things.

The Truth About Fancy Denim

This brings us to the million dollar question surrounding expensive jeans. Are you actually buying superior quality when you pay $2,000 for jeans?

The answer is no, according to denim expert Bryce Alton.

“The true cost of producing a jean will obviously vary depending on where, how and what you produce it from.”

Jeans made in third world countries such as China will have much lower costs given the wages are generally non-conforming to standards. In most cases this also applies to jeans that are made in factories that don’t follow strict environmental policies, all of which can increase the product’s price/per unit.

“A $1 ‘savings’ per/unit might sound small to you and I, but when you are talking about producing 10 million jeans per year in China, that is a saving of $10,000,000 – usually at the expense of the labour and environment.”

“For a $200 jean vs a $2,000 jean, if they are both made in the same factory – Italy for example – I would say generally that the quality would be consistent and the discrepancy in the RRP would be a result of the brands themselves.”

“Unless the jean had some sort of gold-lining or built-in air-conditioning, it would be strange for jeans to be priced at $2,000.”