Space Made Vodka Will Be Your Next Drink At The Bar

“Allowing discerning vodka drinkers to go where no man has gone before.” 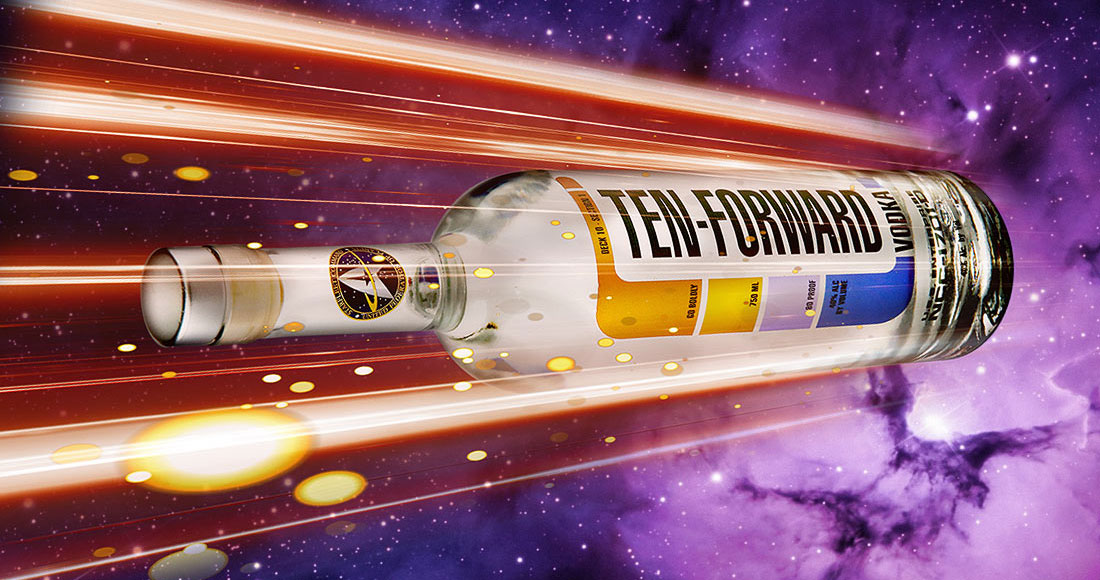 One small step for man, one giant leap for sci-fi boozehounds; the Silver Screen Bottling Company has teamed up with Star Trek to bring us ‘Ten-Forward’ Vodka, named after the space odyssey’s on-ship bar. And they are (literally) going above and beyond to instil their product with authenticity.

According to the company, a small batch of vodka will soon be sent into the mesosphere using a high-altitude balloon and documented with photo evidence—keep up to date with their Instagram for proof—before being blended in with its terrestrial brethren.

“The two companies behind the new booze promise that a small batch of Ten-Forward Vodka will be sent into the mesosphere using a high-altitude balloon.” @SilverScreenCo @CBShttps://t.co/eJGpMVF9ue

“Upon arriving back to Earth,” the website reads, “This grain spirit will be carefully protected and blended into the stocks of Ten-Forward Vodka insuring that a portion of every bottle will contain vodka from space, allowing discerning vodka drinkers to go where no man has gone before. Distilled six times from American grain, and filtered through hardwood charcoal, Ten-Forward Vodka is soft and delicate enough to drink straight or mixed into your favorite cocktail.”

“Expertly crafted in small batches, Ten-Forward Vodka is for the Star Trek fan and the vodka aficionado alike.”

So if you like your Moscow Mules with a side of publicity stunt; the Ten-Forward Vodka will be a fast friend. Like all good vodkas it should slip virtually undetected through your taste-buds, deep in your Martini or tonic of choice, before making a mockery of your inner-ear balance harder than Silver Screen’s accountant did of his company’s carbon offset plan.

Ten-Forward Vodka is currently available for preorder for $30 per bottle and is expected to launch this September.

RELATED: Vodkas Of The World Every Man Needs To Try