“To all the keyboard warriors out there that try to hassle someone driving an Electric Vehicle because ‘it’s not truly green’ but then jump in their own petrol car and race down to the shops for milk instead of walking: it’s absolute hypocrisy.” 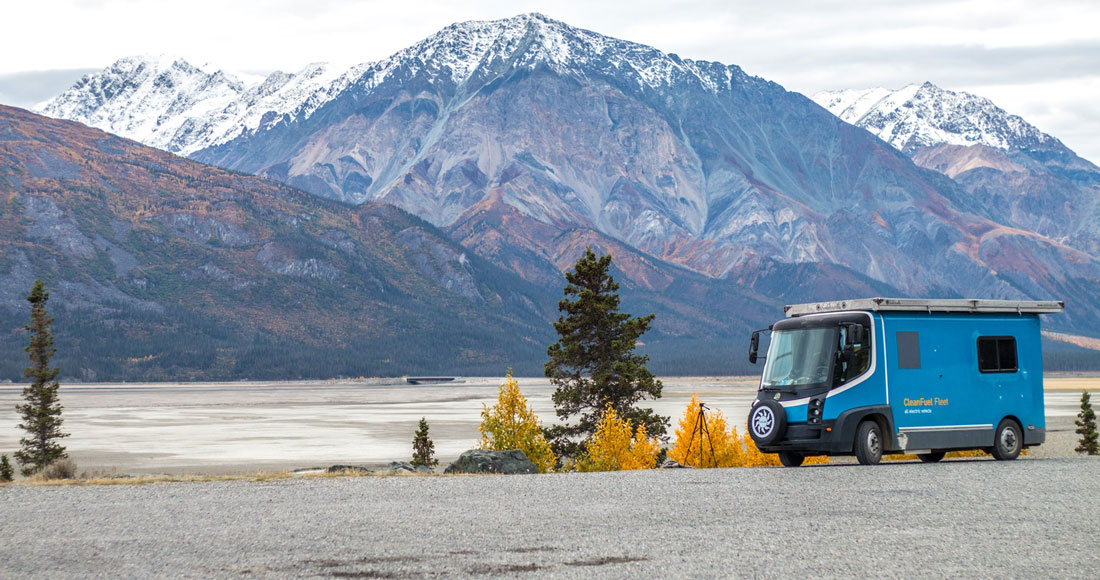 As ‘woke’ global travellers we like to think of ourselves as doing right by our little blue ball. However, as soon as you start doing your best to reduce your impact, or inspire others to do the same, it’s as if a giant neon sign appears above your head (or below your Instagram feed) that says, “Roast me please.”

Whether you’ve decided to go vegan, stop using plastic straws or buy a keep cup, ridicule is often not far behind. And while people might snigger quietly about your dodgy haircut, activism is the one area of life where it appears even close family and friends delight in calling you out, face to face, to see how you react.

However, as Australian climate activists Joel Hayes and Keegan Taccori point out: “There are many different ways to go green,” and something is always better than nothing. So while it’s tempting to roll your eyes at the decision of a professional surfer (for instance) who burns tonnes of CO2  per year travelling the globe, to campaign against plastic straws, Joel and Keegan encourage us to see the bigger picture.

“What I think is most powerful,” Keegan tells us, “Is the conversations an individual can generate: if a pro surfer dedicates their career to campaign against plastics, they’re using the platform they have to create some serious impact amongst their fans. To me, this has quantifiably more ‘impact’ then the next pro surfer who flies around the globe and does not campaign for such a cause.”

“Lifestyle changes do need to be adapted and altered to fit within this, but it (going green) shouldn’t have to be at the detriment of someone’s livelihood.”

We’ll get back to that later. But first: who are these guys? Joel and Keegan are two young Aussie blokes that are spending two years driving a solar powered, 100% electric camper van from Alaska to Argentina, following what they have dubbed the Route Del Sol, in an effort to spread awareness about (and demonstrate one practical way of tackling) the global issue of anthropogenic climate change.

#vanlife on the 9th day of Christmas! This trip is not only about climate change and energy. It’s also about escapism, and a deep rooted unquenchable yearning to see, feel and experience the raw beauty of this Earth 🌍. You’ll see from yesterday’s post the gorgeous world we’ve already traversed. We’re promise to continue to take you on this visual journey. For pledging $30 or more, you will be sent a personal postcard from the road, of a Route Del Sol photo of your choosing – like this one! With only 9 days to go, you’ll have to be quick!! #routedelsol #vanlife #vanlifediaries #homeiswhereyouparkit #campervan #vanlifers #projectvanlife #vanlifeexplorers #adventuremobile #homeonwheels #camper #vanagon #westfalia #vanagonlife #vanlifemovement #camperlife #vanlifestyle #van #vwbus #lifeontheroad #campvibes #westy #motorhome #vw #tinyhouse #roadtrip #ourcamplife #alaskatoargentina #panamericanhighway

Joel, a 29 year old scientist from Tweed Heads started this journey, building a custom solar electric camper van with a company called Solarrolla. Posting about the expedition online he came in contact with Keegan, a 23 year old journalist from the Blue Mountains. After just two weeks of talking online—and yet to meet in person—Keegan was on a plane to Alaska, ready to embark on the 2 year expedition.

“We’re driving a solar powered, 100% electric camper van from Alaska to Argentina, and we’re the first people in the world to do it. We’re trying to establish an enormous online community with Route Del Sol to highlight our world’s transition towards renewable energy, and share the communities and individual’s stories that we meet along the way that are in this process.”

The pair are currently biding their time in Vancouver, Canada, as it is the middle of winter and there is not enough sun to continue their journey (they plan to begin the US leg in March). As they have some downtime on their hands we thought we’d ask (amongst other things) what possessed them—two complete strangers—to jump into a van together and travel halfway across the world.

D’Marge: So what made you consider doing a trip like this?

Keegan: Not much to be honest. I spoke to Joely for the first time on the phone and realised the potential for a project like this and how fun it sounded. Then I flew into Alaska two weeks later and we met for the first time!

Joel: (I spent) many night shifts at work conjuring up a crazy fun adventure like this that would prove a point about sustainability, lifestyle and travel. Then I thought there’s no better time than right now to make that happen.

D’Marge: What made you pull the trigger?

Joel: I broke up with a long-term girlfriend, flew back to Australia and started seriously researching into the feasibility of it. I got into contact with Brett Belan from Solarrolla who was completely stoked on the idea and invited me to come live with him in Ashland, Oregon and he’d help make it happen (May, 2018). Then it was a matter of: can we pull this off before winter hits in Alaska? Apparently, the answer was yes.

Keegan: Definitely the frontal range of Kluane National Park up in the Yukon, where the white capped mountains TOWER straight above you. It’s absolutely gorgeous.

Joel: When I first drove off the ferry in Haines, Alaska. Everything suddenly felt so real and all I was thinking was “this is craaazy, what am I doing out here and does this van actually even work?!”

D’Marge: What is the best aspect of van life?

Joel: The freedom!! Without a doubt. The ability to be completely mobile, to be able to just jump in the driver’s seat and drive our home wherever we want. It allows for a sweet lifestyle balance of surfing, climbing, education and activism.

If you LOVE the idea of travelling WITHOUT having to pay for fuel or compromise your utopian desire for a carbon neutral journey, than by golly THIS is your kind of van 😏

D’Marge: What is the most challenging aspect of van life?

Keegan: For Joel it would be that he’s an introvert, and so spending so much time in a confined space with me, an extrovert, would be the most challenging aspect. It’s about knowing how to give each other space when it’s needed, and also being in a location where that’s physically possible too.

D’Marge: How do you think we can, as a society, find the balance between “living a little” and looking after the plant?

Keegan: We need industrial and global sized change to make serious reductions of our greenhouse emissions, and to move towards alternatives rapidly faster than we are currently doing.

“Education and conversations are the building blocks of generating change.”

Without a doubt, an individual can make changes within their own lifestyle to help reduce their personal impact on the planet, but also need to be able to live a life which provides them happiness and comfort, which is a right as a human to want to strive for.

D’Marge: What’s your take on long distance flights, and their environmental impact?

Keegan: Unfortunately, there is no major viable alternative to international travel for long distances in a short amount of time, although there are innovative solutions out there. You can advocate for change through other methods without going abstinent, for example campaigning for renewable energy initiatives from your local government, buying an EV, demanding wholesalers to not use plastic, putting solar power on your roof or taking your bicycle to work every day.

If you do want to fly to the other side of the world to go travelling, don’t go for two weeks. Stay for a much longer period of time, and explore other places within that location. Make lifestyle changes that allows you the longevity of that trip, and make other conscientious decisions everyday about how you can help reduce your impact on the planet in other ways.

D’Marge: Can you give us an example?

Keegan: An example is going vegetarian: I understand that as an individual (this) won’t make a difference to the animal agricultural industry. However, if I manage to generate at least 100 conversations each year around sustainable food practices, and 5 of those people just reduce their intake of beef (I’m seriously lowballing those numbers), that has a serious impact. Times that by the amount of conversations they will have the next year – it’s exponential growth.

“To all the keyboard warriors out there that try to hassle someone driving an Electric Vehicle because ‘it’s not truly green because of x, y, z’ but then jumps in their own petrol car and races down to the shops for milk instead of walking: it’s absolute hypocrisy.”

There’s many different ways to ‘go green’, but also many different levels of it. We all make decisions every single day, and the least anyone can do is to educate people to think more critically about their every day practices, and the industries they support as a consumer.

D’Marge: Where can I get an electric van like that!?

Keegan: There are plenty of EV’s on the market, you just need to google around! Unfortunately, our vehicle is quite rare otherwise everyone would be doing it. But hopefully by the end of this trip we would have generated enough hype around solar powered, electric van life that more and more engineers will be creating vehicles like this to put on the market and drop the cost down for your average customer.

RELATED: Influencers Are Provoking Environmentalists By Posing In Dangerous Locations