He’s Jeff Goldblum for a reason and his latest choice in wardrobe proves why he’s in a race all of his own. Without so much as raising an eyebrow from PETA (they probably love Jeff, too), the timeless Mr. Goldblum rocked up to the 2019 TCM 10th Annual Classic Film Festival this week in a wild bowler shirt with a fur lining across the shoulder. Like a fur coat…but a bowler shirt. We’re just going to go out on a limb and say it’s still alive. 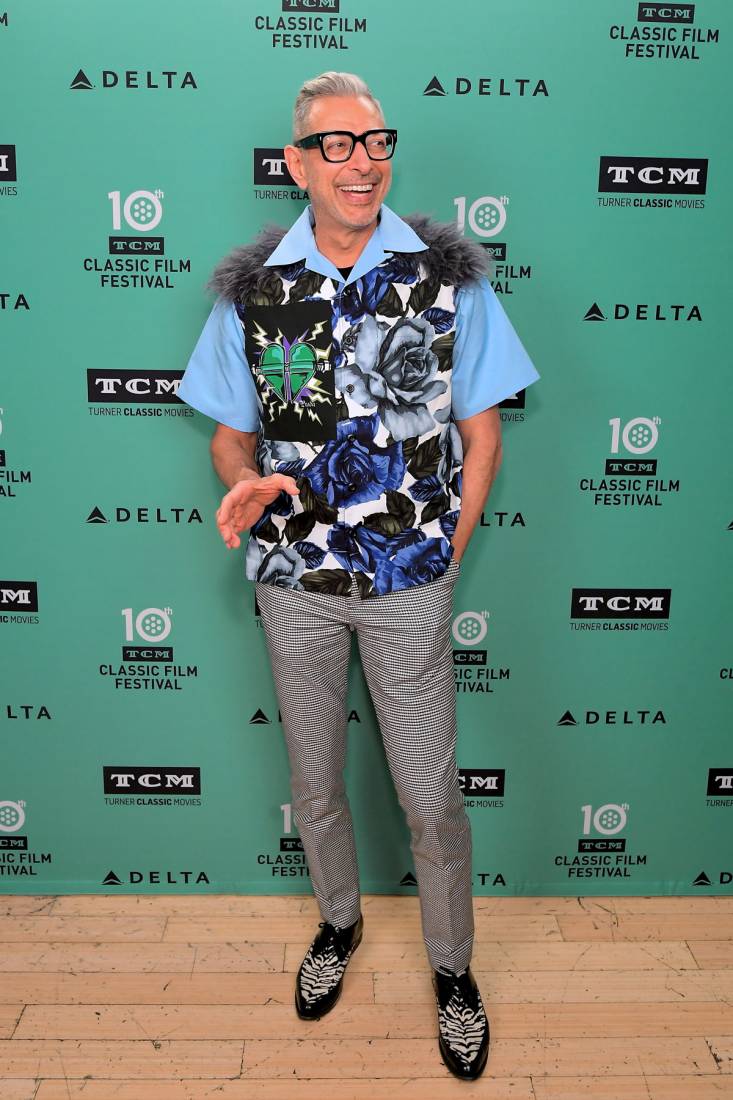 Is this man mad? Mad stylish is more likely and he has his stylist Andrew Vottero to thank for it. Goldblum paired the blue shirt with floral motifs that no man could pull off (except maybe Elton John) with a pair of fine checked trousers in monochrome. Matching that was a pair of split toe shoes finished in polished leather and zebra skin. It’s an eclectic ensemble which looks a bit outlandish even on the man who created it, but it somehow works. 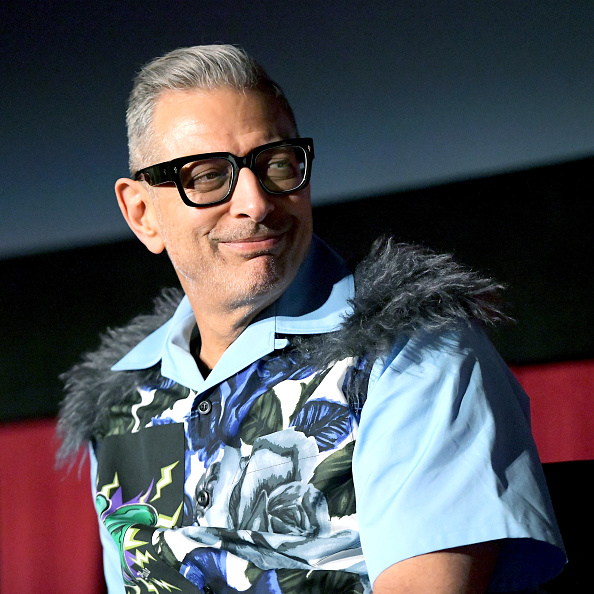 Here’s a closer look at Goldblum’s flamboyant shirt with his funky reading glasses. More into shades? The man also has you covered thanks to Prada eyewear.

What will Goldblum do next? Hopefully not fur lined underwear.