The Most Dangerous Hike In The World? Korea Opens Its DMZ To Travellers

From military posturing to travel ‘gramming… 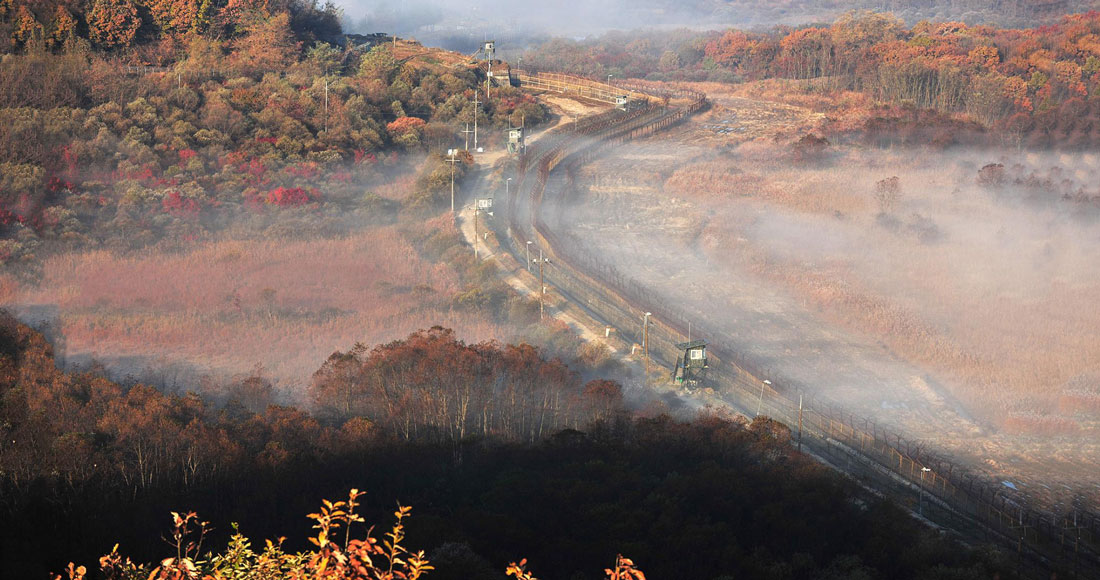 Korea’s demilitarized zone (DMZ) is known for barbed wire fences, guard posts and minefields; not tourism. However, in the 66 years since it was erected, this buffer between rival countries (North and South Korea) has unintentionally become a photogenic, 240km long safe haven for animals.

Only problem is, two heavily armed militaries sit 4.5km in either direction, and it’s off-limits to visitors. That is, it was, until last week.

As Vice Asia yesterday reported, “For the first time since it was established in 1953, that DMZ is being opened up to the public for a series of picturesque hiking trails along the volatile frontline.”

Their information comes from the Korea Herald, which reported last Tuesday on the United Nations Command (UNC)’s decision to approve the opening of the DMZ for ‘peace trails’ in Goseong (a town on the east coast border), Cheorwon (a county in the Gangwon Province) and Pajut (a city in the Gyeonggi Province).

Gen. Robert Abrams, who leads the UNC, said in a press release that the Korean military has worked hard “to ensure the success (of this project)… while assuring visitors their safety remains paramount.”

The hike also has symbolic significance, with the April 27th opening coinciding with the first anniversary of the Panmunjom Treaty signed by President Moon Jae-in and North Korean leader Kim Jong-un in 2018.

As reported by UPI, the first hikers—a group of 20 South Korean civilians—set off over the weekend to experience the “long-forbidden” zone, reportedly experiencing “mixed emotions” while walking along the barbed-wire fences and “marvelling at the wonderful scenery.”

While only Koreans have been so far, the Seoul government hopes to give visitors of all nationalities the chance to learn from Korea’s “pain of division” as well as enjoy the world’s most unlikely wildlife sanctuary, which now stands heads and shoulders above anything in North or South Korea.

As The Guardian reports, the DMZ is replete with “red-crowned cranes… white-naped cranes…100 species of fish, perhaps 45 types of amphibians and reptiles and over 1,000 different insect species,” as well as “over 1,600 types of vascular plants and  more than 300 species of mushrooms, fungi and lichen.”

And that’s not to mention the rare mammals like Asiatic black bear, musk deer, spotted seals and even tigers (believed extinct on the peninsula since before Japanese occupation), which are rumoured to have made a resurgence as well.

If this strikes your fancy, “The tour will take place twice a day, six days a week, with the maximum number of people allowed for the walking route being set at 20 at one time and the vehicle tour at 80,” The Korea Herald reports.