The Truth About Why Parisians Are Rude To Tourists

“If you’re too happy… we’re kind of wondering what’s wrong with you.” 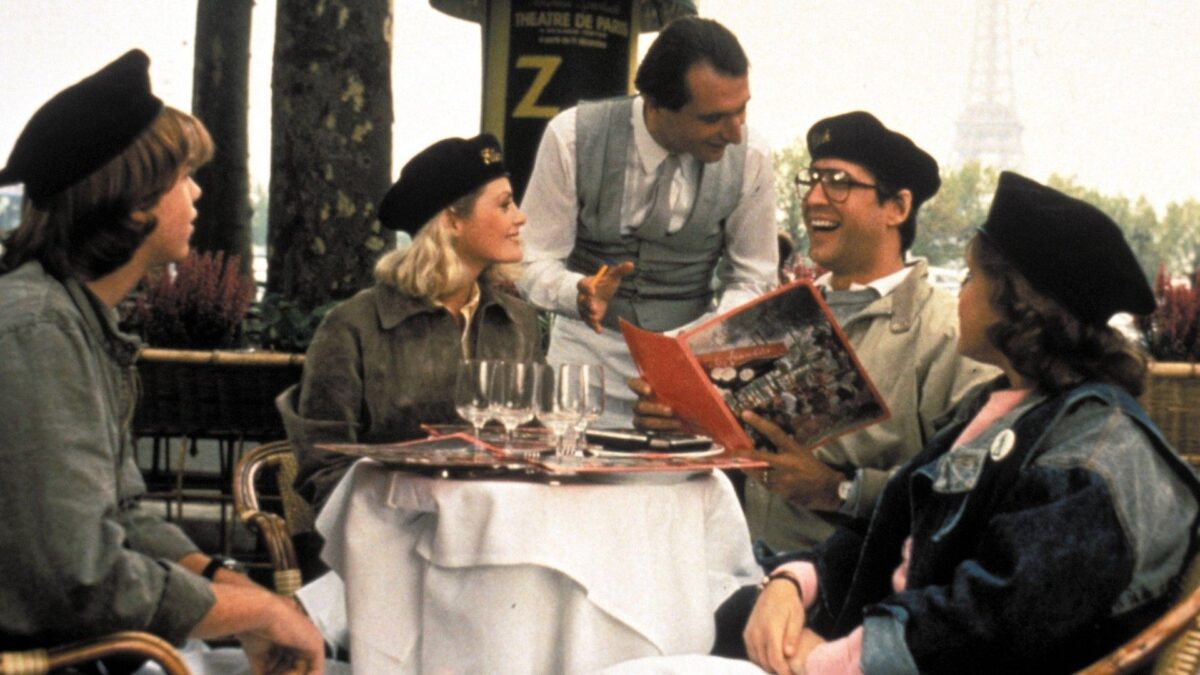 Sauntering up to the counter of your nearest boulangerie, you politely ask for a biscuit with your cafe au lait, only to receive a Gallic shrug in response. “Why?”, you ask, as the line moves on, and your ex-server pretends you no longer exist.

The answer has less to do with you and more to do with Voltaire. Confused? The following quote from the French literary icon, in which he responds to a priest’s request that he renounce Satan (while lying on his deathbed), might give you a sense of what we’re talking about.

“Now, now my good man, this is no time to be making enemies.”

While Voltaire died in 1778, this devil-may-care attitude lives on. And seeing as religion is in decline both in Europe and France, could it be that Parisians are now taking out their existential angst on tourists?

A vast generalisation? Sure. But as anyone who has ever lived in the City Of Love & Surly Serveurs knows, there’s a grain of truth to it.

Legendary English actor and culture-vulture Stephen Fry offers another explanation, comparing anglophone tourists’ native language with the delicate tongue we butcher in our attempts to be understood in Paris.

“The English language is… a mongrel mouthful of Chaucerian, Shakespearean, Miltonic, Johnsonian, Dickensian and American.”

On the other hand, “The French language, like Paris,” he points out, “Has attempted, through its Academy, to retain its purity, to fight the advancing tides of Franglais and international prefabrication.”

Does it follow then that the French—and Parisians in particular, who bear the brunt of the tourism—are extra unfriendly in an unconscious attempt to protect their language?

But as journalist Emily Monaco explains in a report for the BBC, foreigners—especially Americans—often misread emotional detachment for resentment, when it is actually a cultural resting state: “If you’re too happy in French, we’re kind of wondering what’s wrong with you.”

This is best summed up by Julie Barlow, a journalist and author, who the BBC quotes as saying: “French people prefer to come across as kind of negative, by reflex.”

The problem is, over the generations, many Americans—like the famous author F. Scott Fitzgerald—have infused this simple cultural difference with a sense of intellectual hauteur, with statements like: “It is more fun for an intelligent person to live in an intelligent country.”

“France has the only two things toward which we drift as we grow older—intelligence and good manners,” (Scott F. Fitzgerald).

And as many a study (and the collected works of Albert Camus) has shown, smart people have a tendency to be miserable.

But then—surely it’s ridiculous to suggest that a city of 2.141 million is exclusively populated by miserable people with a high IQ?

“In Paris the cashiers sit rather than stand. They run your goods over a scanner, tally up the price, and then ask you for exact change,” (David Sedaris).

We’d argue that this is the most likely theory. After all: no urban metropolis has time for each visitor to get up to speed. Locals have places to go and people to see—and that doesn’t include waiting for you to extract your wallet from the innards of your oversized suitcase.

Besides, as Karen Chance, New York Times bestselling author suggests in the following quote—if you got to enjoy Paris in this life, it would spoil the surprise for the next.

“When good Americans die, they go to Paris.”