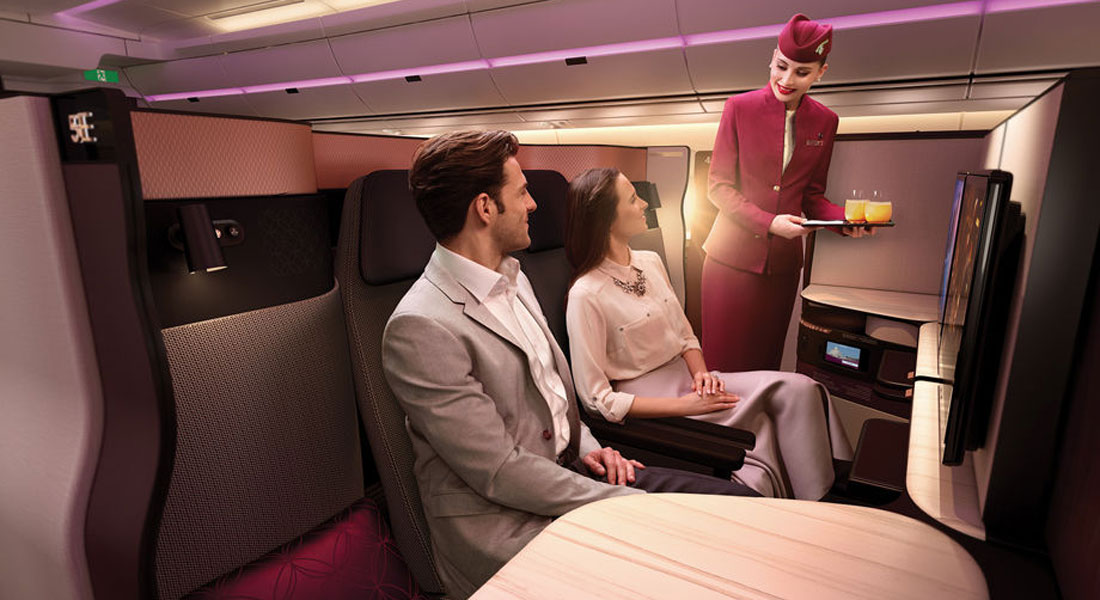 As luxury-seeking travellers celebrate the news that Qatar Airways is assigning new Qsuite-carrying jets to more Aussie capital cities, those who live in (or want to visit) Melbourne or Brisbane might have to stay their hands; for the time being, these two major cities are set to miss out.

This comes after Qatar CEO Akbar Al Baker told Aviation Analyst last week; “We’re going to start A350-1000 XWB flights [which carry Qatar’s new Qsuites] to the Australian cities of Perth and Adelaide,” a move which comes off the back of Qatar Airlines’ existing plans to bring the A350-1000 and its lusted-after business class offering onto the Doha-Sydney-Canberra route, which is set to happen from the 16th of November 2019.

However, unfortunately for Qsuite enthusiasts looking to travel between Doha and Melbourne or Doha and Brisbane, there has been no mention of an A350-1000 rollout to either of these cities so far. So if you want that sliding door privacy, sumptuous 21.5 inch HD TV and super fast wifi, you’ll have to fly from Doha to a major Australian city that doesn’t have ‘hip’ laneways or ‘hectic’ nightclubs.

As for the timeframe on the Doha to Perth and Doha to Adelaide A350-1000 implementation, Qatar CEO Akbar Baker was unable to provide details, only telling Aviation Analyst, “We’re still collecting data.”

In terms of implications, as Points from the Pacific points out, this upgrade in aircraft type will likely mean the withdrawal of the A380 from the Perth service.

“I think ultimately the A350-1000 would be much better suited for that route and the A380 could go back to a more premium route where First would be utilised more often.”