Picture a hitman’s uniform. You’re probably picturing a well-dressed man in an all-black suit with very little skin showing possibly due to leather gloves over the hands. Well, it wasn’t a costume party, but Adrien Brody did decide to dress the part at his latest red carpet appearance.

Adrien Brody was in Paris this week at the Montblanc store on Avenue des Champs-Élysées for the launch party of the manufacturers latest RED collection. RED is a not-for-profit organisation that specialises in fighting HIV/AIDS through prevention services, treatment, counselling and care facilities. Through its collaboration with RED Montblanc donates a percentage of every sale in the collection to the charity. It is a great cause – but not great enough for Adrien’s red carpet accessory to go unnoticed.

Leather driving gloves are for two types of people: drivers like Jason Statham in Transporter, and hitmen. So naturally, they fit right into the red carpet. It’s certainly a choice by the actor and we’re not sure it was the right one. His hands did get one thing right though; his choice in watch. 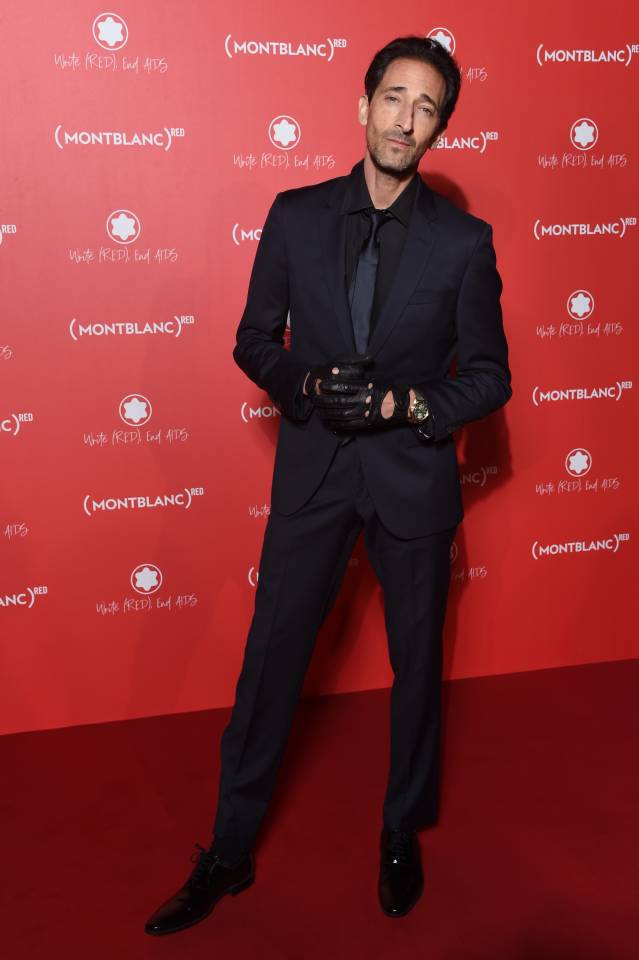 It wouldn’t be a Montblanc party without a limited edition watch-piece and for this Adrien opted for the Montblanc 1858 Geosphere, which features a robust bronze case with a touch of lightness in the titanium case. Adrien is no stranger to nice watches and has even expressed a design to create his own. Maybe he will take design elements from the Geosphere watch face, which boasts the world’s seven summits as marked on two globes.

But hey: anything would be better than taking inspiration from hitmen.

The reason it works is because it is a bit relaxed and not so styled. The tie isn’t done up properly and the black shirts right collar keeps popping out over the suit. It’s very minimal but does give off a casual vibe. Despite us questioning the gloves, the outfit wasn’t even close to the craziest one on the night. 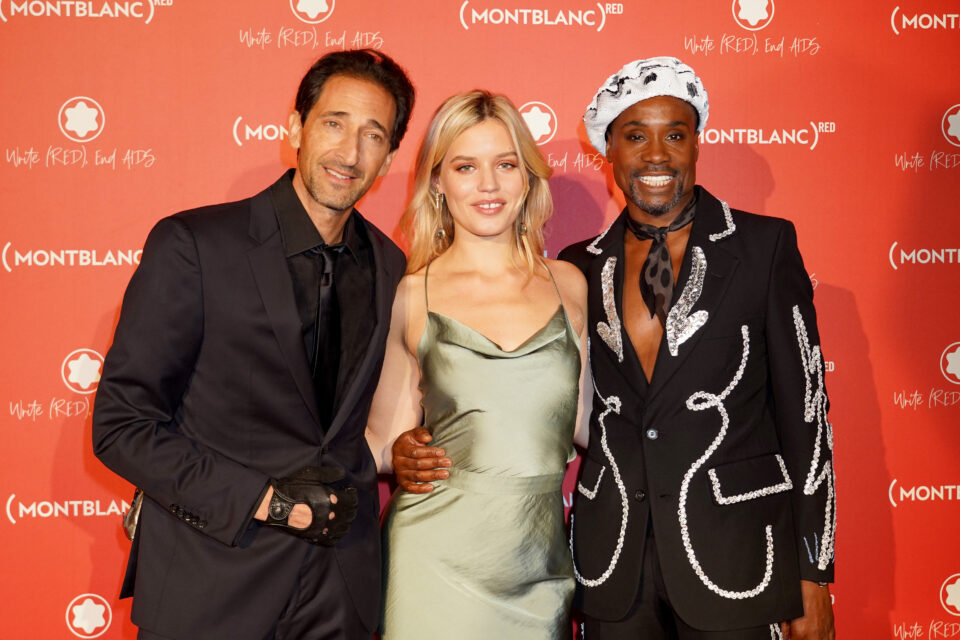 That distinction goes to actor Billy Porter who wore a fringed suit, sequin-embellished beret, a scarf and white boots. The whole event was a star-studded affair with Georgia May Jagger and Lottie Moss also in attendance. To give the night some extra colour the store had been stripped of its usual merchandise and covered in red with white graffiti with only a few displays of the latest collection.

The charity event is in line with the Oscar-winners recent work, with Adrien most recently walking the UNICEF red carpet for their summer gala. It has been a while since he has been on our screens though but that is set to change with the actor having three films in post-production that should be released sometime next year.

Let’s hope he takes the gloves off.