They say the body starts to age and sag after you push past 40 years old. It’s a natural process that many of us succumb to because, ultimately, Mother Nature is too tough to battle against. Mark Wahlberg says “up yours” to her, and has taken on the challenge, with positive effect. He proves that with the right discipline, you can keep your body in peak physical condition, even when time is against you.

Spotted flaunting his buff beach rig, washboard abs and all, on a recent post-Christmas trip to Barbados on December the 29th, The Departed star is walking proof that the F45 training craze can have transformative effects – he’s also walking proof that even the rich and famous aren’t immune to a t-shirt tan. 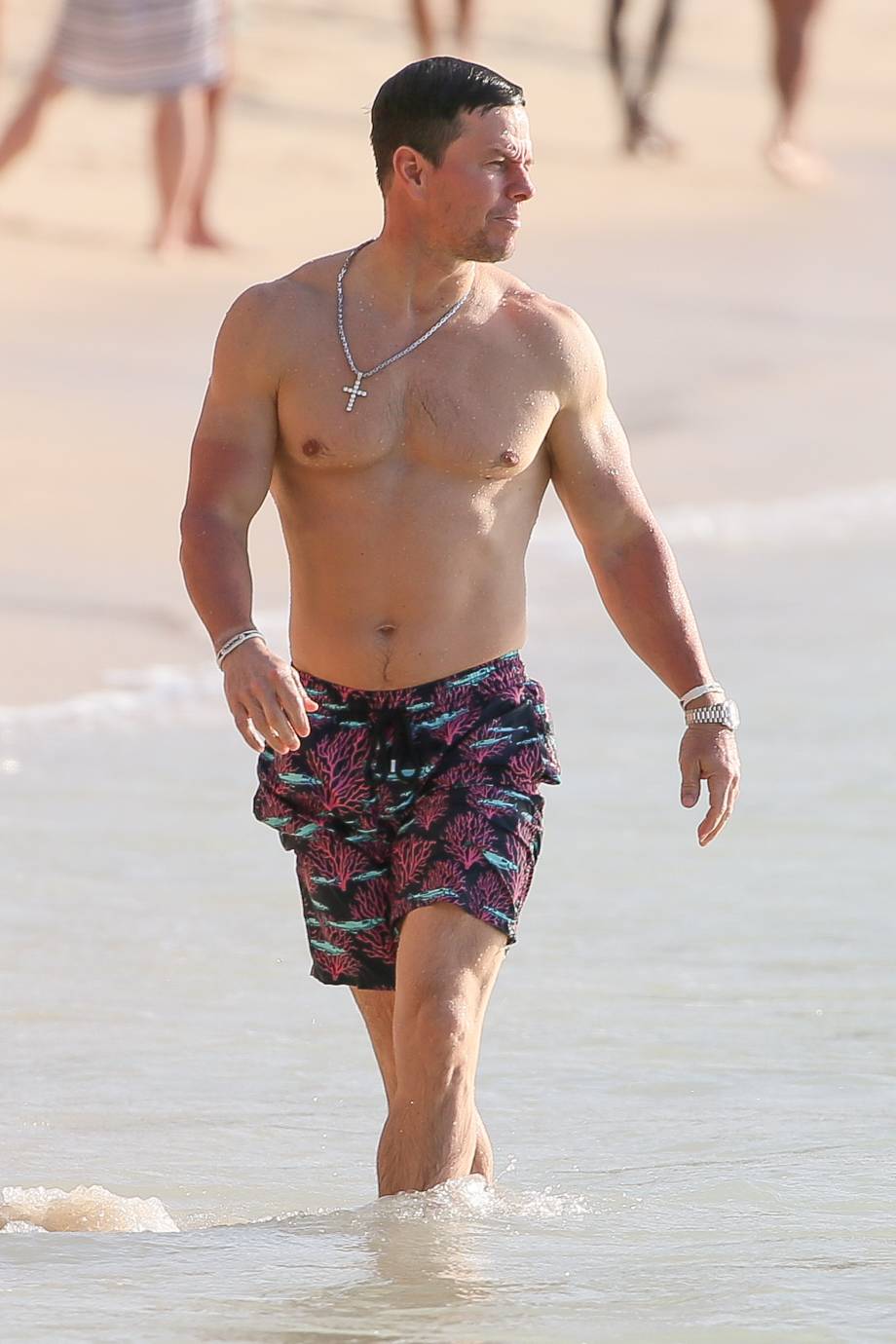 The former rapper turned model and film star recently bought a minority stake in the Australian fitness brand, after taking part in some classes and believing it can revolutionise the fitness industry. If the 45-minute workouts carried out in cramped spaces can have us looking like an absolute unit too, we’ll be signing our name on the dotted line in a flash.

The aspiring business mogul doesn’t plan to take a backseat with his new venture either, as he has pledged his full support to the business, with plans to expand the number of locations.

Mark isn’t the only nearly-50-year-old to have boulder shoulders, as fellow ‘The Other Guys’ star Dwayne ‘The Rock’ Johnson also shows that if you put time into training and eat right, you can earn yourself some serious muscle. Although, we admit The Rock is in a league of his own.

It’s always summer somewhere in the world, so if your beach bod isn’t quite up to the standard of Marky Mark’s, then we suggest you either get yourself to a gym or invest in some in some made-to-measure clothing.