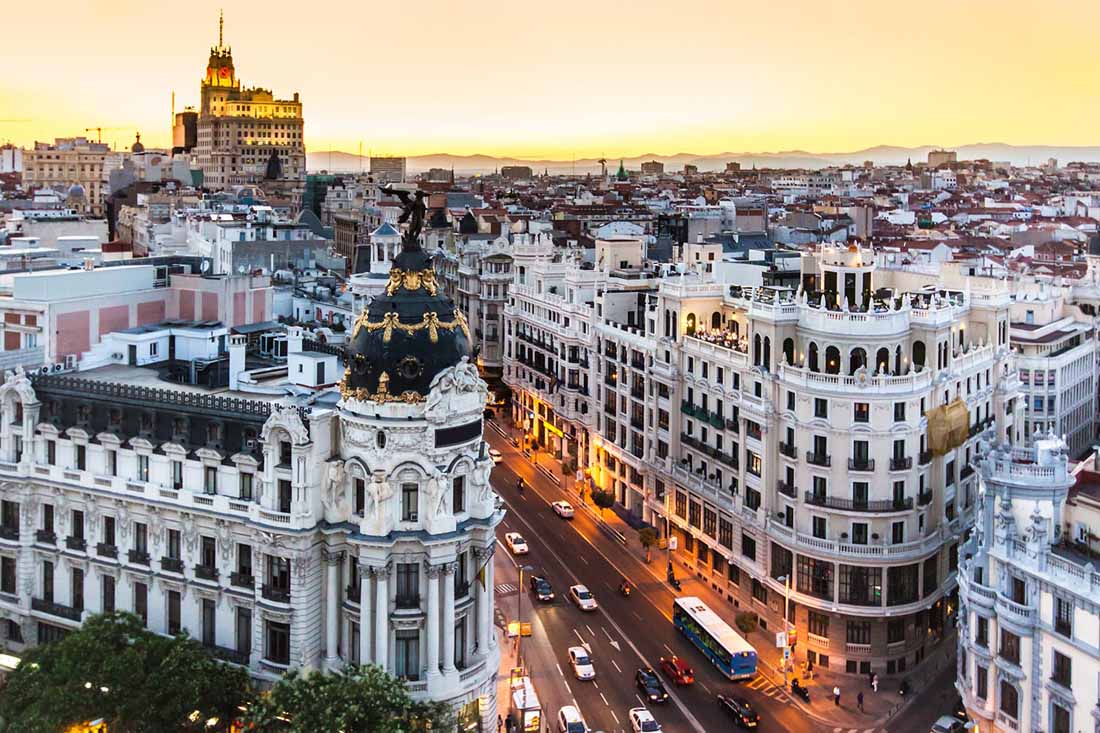 Ernest Hemingway once said “to go to bed at night” in Madrid is strange, and that “for a long time your friends will be a little uncomfortable about it.” While he wasn’t around for the 21st century’s explosion in mass tourism, he may as well have said the same thing about not getting pickpocketed in Madrid in 2020.

Much like Hemingway partied under the premise that you shouldn’t go to bed “until the night has been killed” in 1926, any modern-day traveller knows you shouldn’t leave Madrid until your wallet has been stolen – otherwise, it’s simply not an authentic experience. While that is a mild exaggeration, it really is hard to trust someone who has been to Madrid and not had their purse liberated from their pocket.

Why? Whether it was on the shuttle bus between the domestic and international airports (guilty), during a casual stroll in El Retiro or whether it was outside the Palacio de Cristal, (pretty much) every tourist that visits Madrid gets pickpocketed.

That’s not to say everyone that goes there is; many experienced travellers have the wherewithal not to, but then; they are travellers not tourists. And one of the most common ways to make the transition from tourist to traveller is to be pickpocketed – an embarrassing experience to recount to your family and friends (especially after cultivating your ‘worldly’ and ‘switched on’ character) but also one which you ultimately benefit from, as you become wiser.

As numerous Tripadvisor and Reddit threads attest, many tourists let their guard down in Madrid, as it doesn’t have such a reputation for pickpockets as Barcelona. The sad reality is though, as in most large cities, pickpockets are in Madrid too – particularly on the metro, in crowded public spaces and on the airport shuttle buses.

“Pasa mucho” (it happens all the time), the police told me, when I went to the airport police station to report my stolen wallet, because there are no cameras on the free airport shuttle buses, and because groups of thieves know bleary-eyed tourists with multiple suitcases to contend with (and having recently exchanged a bunch of cash in the airport) are the perfect targets.

There’s also the classic ‘engage your audience while someone else nabs their wallet scam,’ which occurs in places like Plaza España and the iconic Puerta del Sol. As one traveller recounts on the Reddit thread ‘crafty pickpocketing scam I almost fell victim too,’ these can be as sneaky as they are smart.

“A few weeks ago I was out partying with my friends in Moondance and decided to leave briefly to get some cash out of an ATM. I went to a machine near Puerta del Sol and I was stopped by a guy who looked to be in his early 20s. He called me over all friendly and started doing this weird dance with me – I’m not sure how to best describe it as I don’t remember it perfectly (alcohol) but I remember he locked his leg around my knee and started jumping around me.”

“I was a bit drunk so I was jumping around thinking this was great fun, and then we broke apart. Then I noticed he had my phone in his hand.”

“Obviously he’d noticed I was a bit drunk, saw me as an easy target, and used this weird dance to distract me while he was taking my phone out of my pocket.” the Reddit user continued. “The crazy thing is, about a week later, I was coming home after another party and another guy tried to do the same weird dance with me – only this time I put my hands in my pockets before his could get there.”

“I’m not sure if this is some sort of new fancy pickpocketing technique or if it’s an old trick (I only moved to Madrid a few months ago, country bumpkin beforehand).”

Another Tripadvisor thread tells a similar story: “My husband and I are New Yorkers and we think of ourselves as street smart. When we arrived in Madrid in June we took the metro to our hotel near the Atocha train station. My husband had his wallet in his shorts pocket. We were surrounded by a several men on the Metro and one tried tugging at his pocket but luckily the velcro strip made it difficult for them to remove his wallet without him feeling the tugging.”

“They gave him a pat on the back as they left the train empty handed as if to congratulate him for outsmarting them. After that close call we were very vigilant and noticed other people looking us up and down to see where our wallets were located.”

While some sympathised with their plight, there were crueller comments (in another forum) which suggested being pickpocketed is influenced by how you present yourself: “Living in Madrid since 50 years ago. Never pickpocketed in the Metro, but I don’t look like a U.S. yokel from Beverly Hillbillies.”

To sum up though, there was a (fairly) objective post which describes the pickpocket situation in Madrid (and how to avoid it), we believe, quite well: “I am joining this forum, because I am neither stereotyping anyone, nor would I like to be stereotyped. My daughter LIVES in NYC and I live in NJ. I thought I was, by no means, naiive. That’s what I thought,” the post begins.

“But, there ARE extensive pickpocketing incidents in Madrid (when I went to the police station to file a report, the Lt. confirmed it). The big spots are in the Plazas, where there are big crowds and THESE PEOPLE ARE GOOD. They also have kids in parks trying to get signatures, even when you decline (as I did), it was just enough to slow me down enough for them to unzip my zipped purse, unzip my zipped wallet and put it all back – 30 seconds – TOPS.”

“That’s probably the reason why I didn’t get pickpocketed in the plazas – because I keep moving and everything is zipped. As I mentioned, I am not stereotyping anyone, nor do I wish for people to throw jabs at me for being robbed. I am just posting this so people are careful. I thought I was. Clearly I need to be more careful,” the commenter continues.

“I loved Spain. I will go back – primarily for the people. I was lucky not to have my passport or credit cards stolen – only cash. So, just be thoughtful about how much money you carry, where you keep your cash/credit cards/travel documents – both when you’re out and about and if you choose to leave them in your hotel room. That’s all – this way, you will spend your time enjoying Spain.”