‘The Rule No One Agrees On’: Man’s Mid Air Action Sparks Epic Debate

What’s your take on the ‘frequent flyer code’? 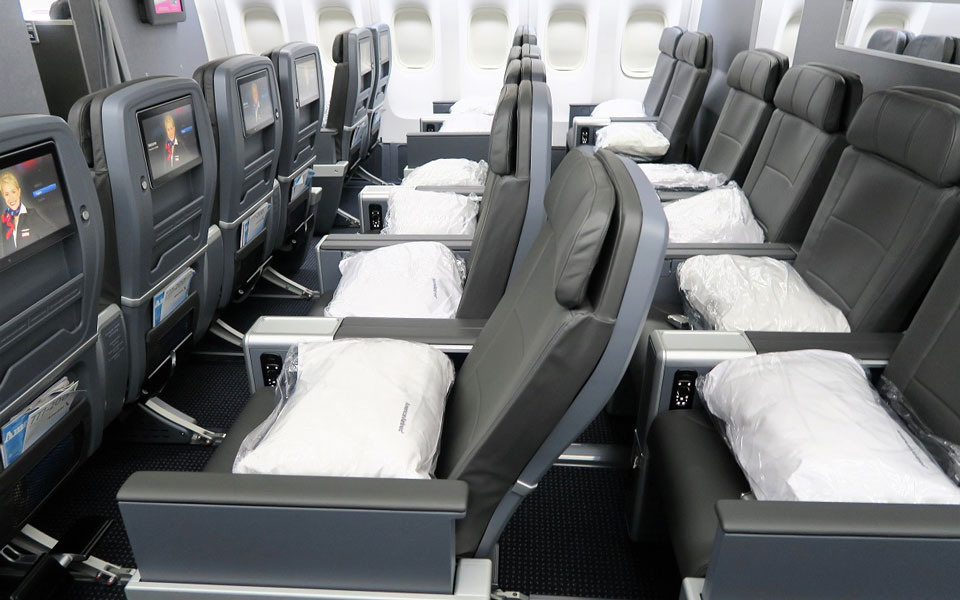 Is there anything worse than settling in for a two-hour flight, only for the passenger in front to immediately shove their seat in your face?

Perhaps: you could be on a two-hour flight, gently recline for a little doze, and have the person behind kick the living shit out of you.

Who’s in the right?

This is a question that has split opinion for decades. Generally speaking though, frequent flyers will tell you it is an unwritten rule that you don’t recline your seat on flights four hours or less.

Between four and six is a grey area, and from six onwards (mealtimes aside), it is perfectly reasonable to recline your seat.

Disaster struck, however, on a recent American Eagle (an American Airlines subsidiary) flight from New Orleans to Charlotte, North Carolina.

A little concerned that @AmericanAir didn’t feel this was a problem.

Not sure about the rest of you, but I would surely consider someone continually tapping on the back of my seat to be a nuisance. https://t.co/DmRKUpA36O pic.twitter.com/Xts7hfQAcw

Despite the flight only being two hours, and despite there being an unwritten rule you don’t recline your seat on short journeys, a woman allegedly travelling back from a teacher’s convention broke the sacred law of frequent flyer etiquette and reclined her seat.

On top of that, it appears the man behind her couldn’t recline his. Chaos ensued, with a video (taken by the woman, Wendi Williams) showing the man continually tapping (the woman would argue pummelling) the back of her seat.

After much consideration, and exhausting every opportunity for #AmericanAirlines to do the right thing, I’ve decided to share my assault, from the passenger behind me, and the further threats, from an American Airline flight attendant. She offered him a complimentary cocktail!

Wendi with an i took to Twitter to expose her the man’s actions in a clip that’s now gone viral, being picked by Fox News and News.com.au, to name a few.

“After much consideration, and exhausting every opportunity for American Airlines to do the right thing, I’ve decided to share my assault, from the passenger behind me, and the further threats, from an American Airlines flight attendant,” Ms Williams said.

“She offered him a complimentary cocktail!”

As News.com.au reports, “The woman said she was travelling back from a teacher’s convention, and that the man had asked her to put up her seat while he ate. Ms Williams said she obliged but reclined her chair again once he was finished.”

“At that point, he started hammering away at me.”

“After complaining to the flight attendant, Ms Williams said the attendant told the man, who appears to have been seated in the back row of the aircraft, that it was ‘tight back there’ and gave him a free rum drink.”

Look at his knuckles. He was PUNCHING me prior to the video! It was scary and very painful! https://t.co/LQxF7c2e30

Wendi with an i (which sounds suspiciously like the sort of name a troll would come up with, but who nonetheless appears to be real), also said the flight attendant told her off for filming, and gave her a passenger disturbance notice.

You’re in the right.. this was utterly ridiculous and unacceptable… unbelievable ..

… others didn’t believe her story…

HE DID NOT PUNCH YOU! He poked the seat. At least be honest since you have it on video.

… others said she was in the wrong…

Move your seat up then.

Here’s the deal…why? Do you need to recline on a flight that short? Especially on an RJ? All plane seats stuck. There is no space in any row so reclining is really just a way for people to let everyone know THEY ARE ENTITLED. I’d have had my knee in your back

… others blamed the airline…

No offense but this gentleman, although he’s an idiot, his seat does not recline. So it is unfair for the person in front to recline their seat. He should have politely asked you to not recline your seat. This is an industry airline problem that needs fixing.

… and others offered a little perspective…

The best comment we could see though, was the following, which summed up the situation – again, as far as we can tell, perfectly.

Dear FBI, this man was pushing the back of my seat. Neither one of us apparently know how to use our words. Please intervene with your police powers. Love, Half of the Problem