A lot can happen in one week, relationships can start and end, you could get a new job only to be fired several days later, or you could simply have the best holiday of your life. Clearly, something positive has happened this week for Kanye West, as just five days after he was spotted looking more miserable than a kid who’s told to go to bed without ice cream, he’s brimming from ear to ear.

Spotted in New York City on Thursday the 6th of February 2020, attending a showcase for his wife Kim Kardashian’s women’s shapewear, the I Love It rapper may have just been in good spirits for his wife. However, we think he’s cracking a rare smile because he’s much happier with his jacket of choice. Earlier this week he was seen wearing a quilted jacket unlike anything we’ve seen here at DMARGE, but this time around he’s rocking a sensationally cool Denim Tears x Levi’s denim jacket. 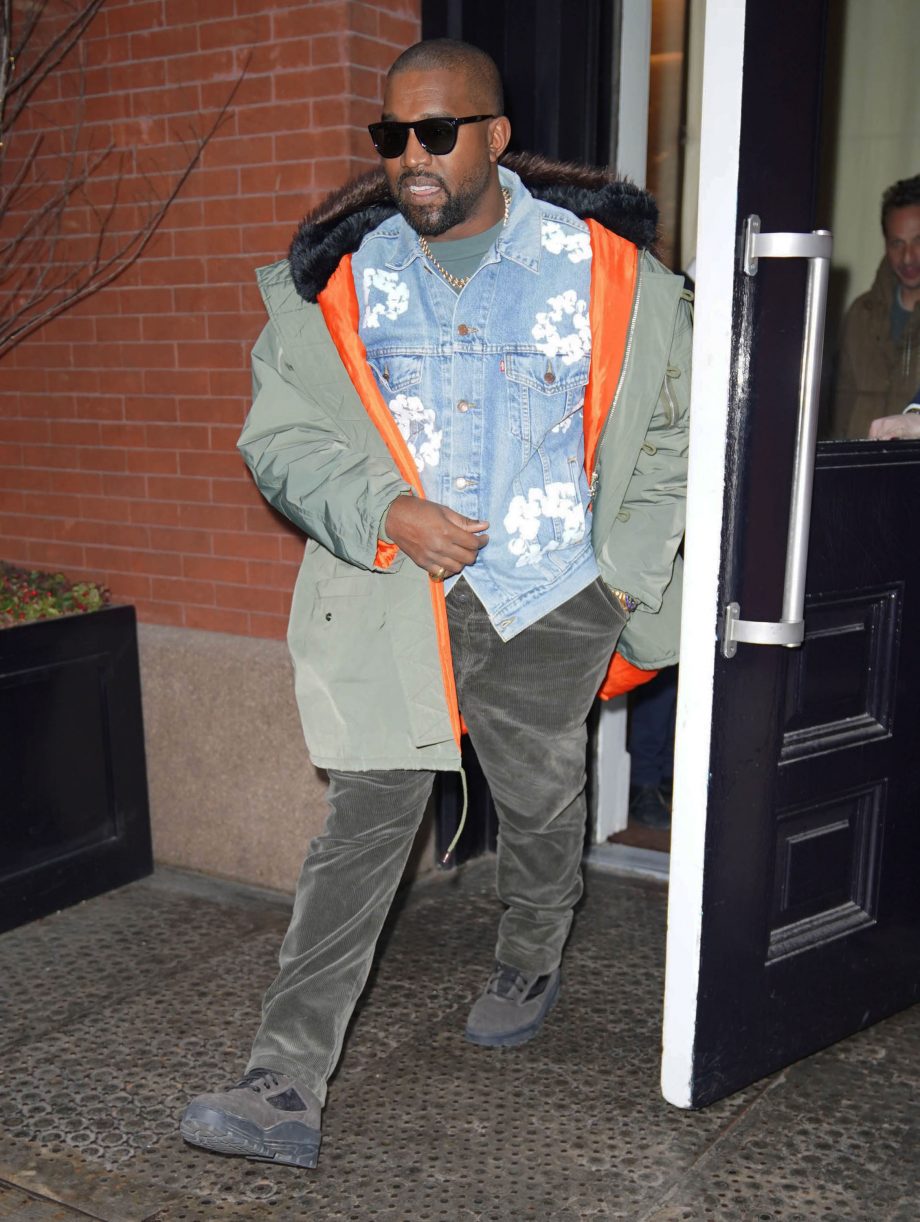 The Denim Tears x Levi’s collection was available for one day only as a pop-up store at New York’s Procell and includes trucker caps, t-shirts, and jeans, with the floral pattern on Kanye’s jacket making a regular appearance.

Denim Tears’ designer, Tremaine Emory, is a close friend of Kanye, so it’s likely the megastar didn’t have to attend the pop-up event to secure his jacket. We love how he’s teamed it with lashings of green and khaki, including a parka jacket, t-shirt, corduroy pants, and his own Yeezy boots (US$309), to become the focal piece of his outfit.

His outfit also appears to have sent Instagram into meltdown, with several users praising the look. “Fit goes hard” says one, while another adds “Old fashionable Ye vibes”.