This Brutal Danish Ritual Could Be The Key To Happiness 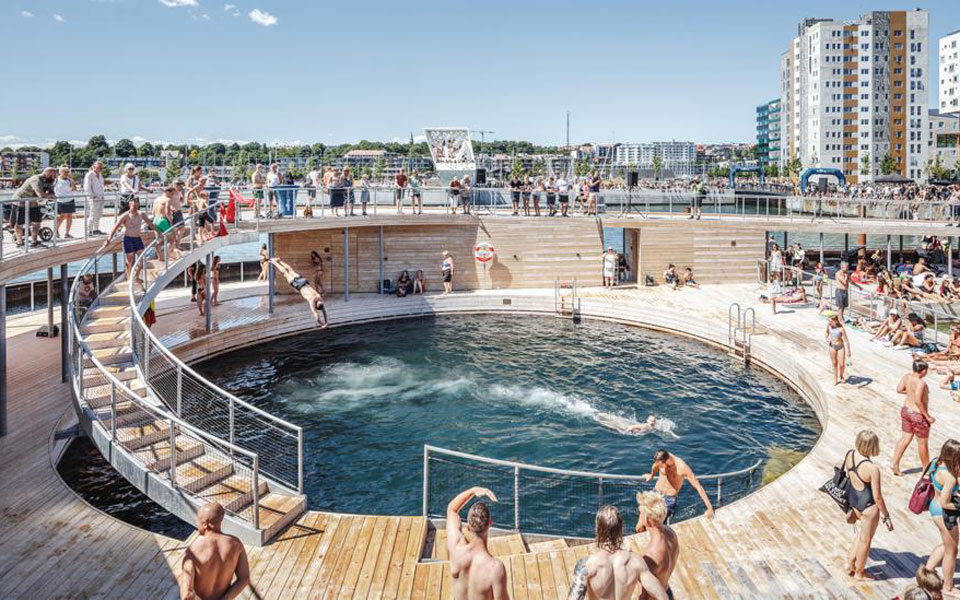 Put down your virgin mojito and spit out your vegan bacon; there’s a better way to shock your body into happiness than depriving it of all that is good. Cold water bathing.

This danish art of zapping your senses could be the unlikely key to happiness – both on an individual and community level, according to a report published today by the BBC.

“A growing number of Danes choose cold water swimming as a way to invigorate the senses and combat their winter blues. Now, some companies are using it to create workplace bonds.”

What does it involve? The BBC puts it like this: “It’s a chilly, breezy afternoon in Denmark’s north Jutland, but local residents are not deterred. A line of people dressed in white bathrobes appear from behind a dune and march resolutely towards the shoreline, where they take their robes off and skip into the sea.”

So far so frigid.

“At 15C, many of us would consider it far too cold for a swim, but for the Danes this is considered warm. Many plunge into the sea year-round, including in the middle of winter, when the days are cold and the water can get as cold as 2C.”

Turns out that’s not cold by their standards. In any case, during ‘peak’ season of November to February, Copenhagers flock to establishments like CopenHot (there are some 90 official winter swimming clubs across Denmark like this), where members “move between saunas, hot tubs and into the frigid ocean or ice bath (which is literally filled with ice).”

Although this practice is far from new, CopenHot is a fairly fresh establishment, riding the wave of this growing movement, which has mountains of anecdotal evidence for being a mood booster, but little scientific evidence behind it due to lack of rigorous studies.

The are risks are pretty clear. Physiological reactions to cold water can be risky, and (worst case) bring on sudden heart attacks, hypothermia and drowning, depending on temperature and length of time you are immersed, and how fit you are.

For many, the benefits outweigh those risks (and reduce your susceptibility to some of them). It’s hard to deny a cold dip can also be extremely refreshing, as your “fight or flight” instincts take over, releasing stress hormones.

Some argue that it reduces swelling and inflammation too. But again, as the BBC writes, “there’s scant evidence of the benefits.”

Intuition suggests it’s worth investigating further. Take the Spartans or Vikings, for instance, and tell me hardship does not make for stronger people. Or today’s Instagram-anxious hordes, and tell me fat happy societies don’t ruin individuals.