…but also everything that’s right.

For as long as I can remember, mobile phone manufacturers have always included headphones in the box.

Personally, I would rarely use them as they never quite offered the absolute last word in sound quality (in my opinion) – although I do faintly remember the pair that came with a Sony Ericsson Walkman phone were smile-inducing bass-heavy – so I would usually switch them out for a pair made by a ‘proper’ hi-fi company.

But for many phone users, the included pair of headphones offers an easy gateway to listening to music and making hands-free calls.

The iPhone is, without doubt, one of, if not the, most popular smartphones to own and to be seen with the white headphones hanging out your ears is often seen as a status symbol, and for many, they’re a must-have fashion accessory.

However, if rumours are to be believed, Apple will no longer supply a pair of its wired EarPods in the box when it launches the forthcoming iPhone 12 range. And that’s something I’m just not comfortable with. 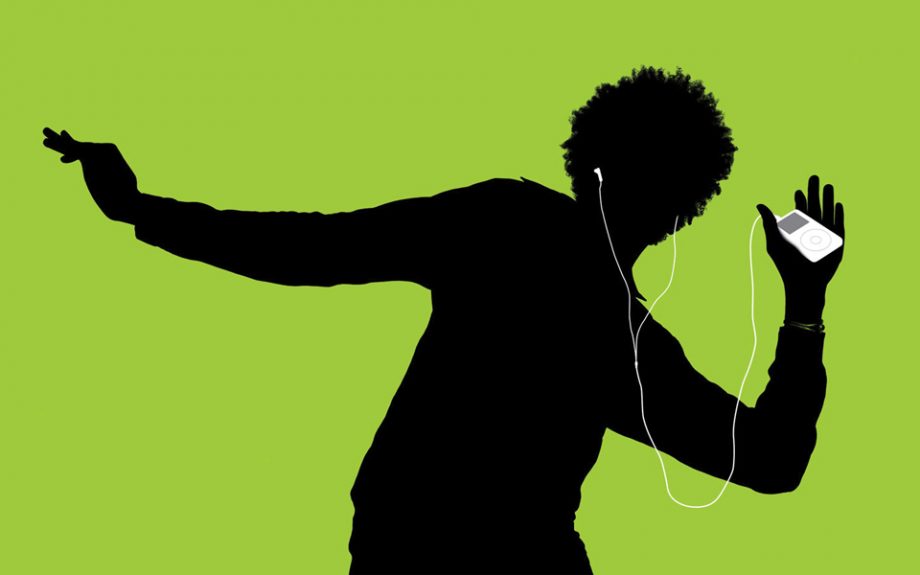 Who can forget the classic iPod advert?

Why? Because omitting them entirely will force customers to spend out on their own pair when just they might not want to. That, and it’s will force the rest of the industry to follow suit. So far though, so Silicon Valley.

It, therefore, wouldn’t take a genius to work out Apple’s cult employees will suggest you invest in a pair of its totally wire-free AirPods or AirPods Pro – a product I’ve taken personal offence to, on not one, but several occasions.

I imagine most people who step foot in an Apple Store won’t mind this tactic. A vast majority of iPhone owners will already have their own pair of AirPods, so if they upgrade their phone they’ll just carry them across. But for those who are new to the brand – having been swayed by the “this is the best iPhone ever” marketing gimmick – may not want to spend the extra cash on a product they’ve so often been able to find hidden underneath the phone in the box for free.

I reached out to Geoff Quattromani, an international tech commentator, and host of the Technology Uncorked podcast, to get his two cents on the whole deal.

Similar to how I personally never saw the need for the included headphones, Geoff says “I think it is interesting that including headphones ever happened in the first place. It was always a “value add” as they aren’t necessarily required to make the phone work, like a charger is.”

And of course, we can all agree that fewer pairs of included headphones that go unused, equals less electronic waste. Geoff agrees, “I have always left them in the box, so Apple could appear “green” by removing them.”

That’s certainly the case over in Europe, as it has called upon technology manufacturers to all adopt the USB-C connection method for future releases to help cut down on the production of several different cable types and to minimise waste. One cable to fit all is a welcome move in my opinion.

However, Apple will still be free to use its Lightning connector in Australia and America if it so chooses, although the MacBook lineup and the latest iPad Pro models both use USB-C, so Apple may finally succumb to the adoption of a global standard for its most popular product.

And this is where I can totally understand – and it pains me to say – why Apple may do what it’s rumoured to do.

The Silicon Valley behemoth has the whole industry wrapped around its incredibly well-designed finger. It has balls the size of watermelons and will do whatever it deems necessary in the name of “innovation”. As Medium writer Chris Messina points out with regards to the wireless AirPods, Apple has a knack for taking something so often seen as ridicule-worthy (such as talking into a wireless Bluetooth headpiece) and turning it into a product we’ve all got to have.

I hate how it happens, but also have to appreciate and admire how it just works.

The glaringly obvious move is that Apple is working towards is completely wire-free future. The technology giant did away with the 3.5mm headphone jack with the introduction of the iPhone 7 in 2016, to much uproar, but soon enough the rest of the technology industry followed suit. That move alone forced many consumers to turn to wireless headphones to get their music fix. Enter AirPods.

Myself, and Geoff included, wouldn’t be surprised to see the Lightning connector removed from the iPhone lineup entirely in the not too distant future. Geoff adds, “A sealed device like this means they can be much better with water resistance and fewer issues overall.”

The signs are there. Apple has offered wireless charging with its iPhone models for a few generations now and has previously teased an AirPower wireless charging mat that would be able to simultaneously charge your iDevices at once. That product suffered several issues and never came to fruition, although fresh evidence suggests Apple has made a U-turn and put the project back into action.

But despite the technological pathways Apple would be forming if it gave you an iPhone sans headphones, the other obvious tactic is to drive sales of the AirPods or other future headphone releases. The company acquired Beats some years ago in a multi-billion dollar deal, “…they are likely keen to see people buying them and providing no option in the box does help them push sales of their own products”, says Geoff.

As I’ve said, I can see why Apple would do what is rumoured. I just don’t agree with the principle. Especially because I imagine the price of the phone won’t be reduced, so you will be paying upwards of AU$2,000 for just phone in a box. However, Geoff is a little more lenient on the world’s second most valuable company (behind Amazon), “I wouldn’t be surprised if the iPhone had a pair of AirPods included in the box.”

Only time will tell what Apple decides to bring to the table – or doesn’t, as it were – and with its annual launch party most likely still earmarked for a usual September date, we don’t have too long to wait.