Is the bubble about to pop? 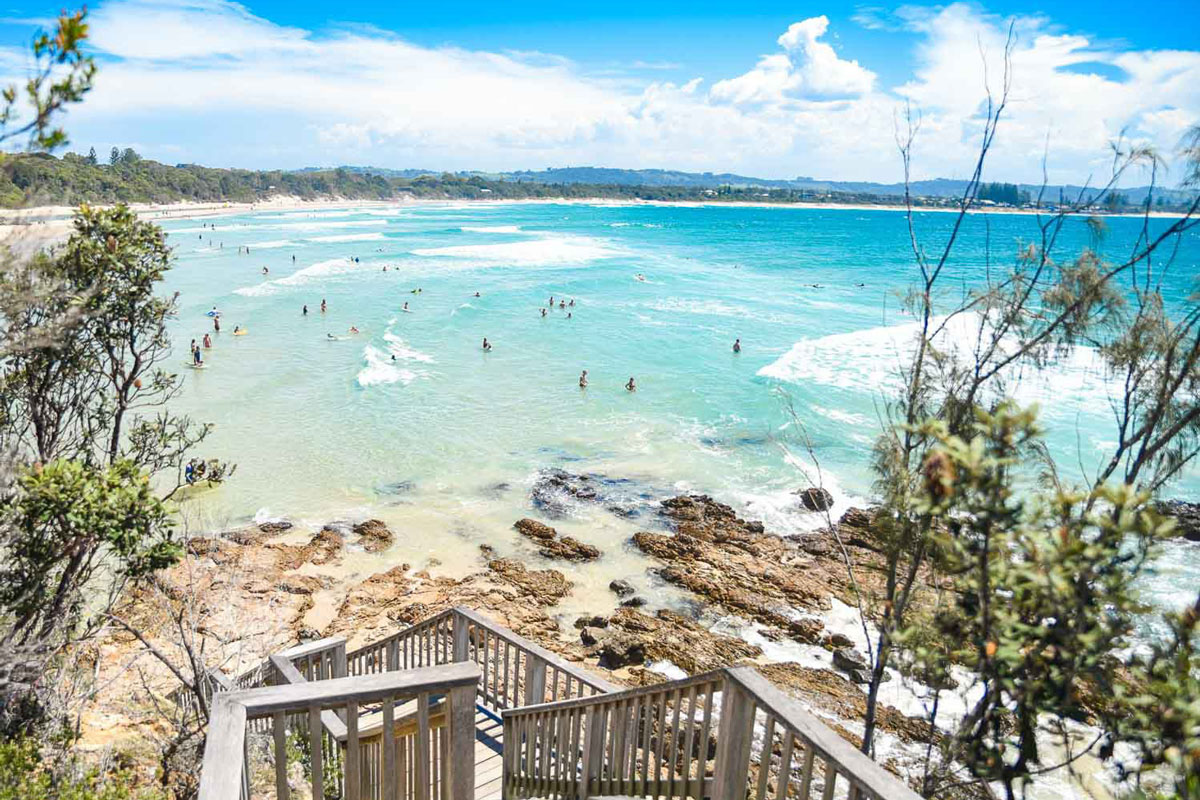 What would you shirk to live in Paradise? An intimate friend circle? A lively office culture? Your parents? Instagram?

Whether or not you personally would consider it, cheap flights, the current lack of overseas travel options and a work from home renaissance are all reasons why many Big City Hubbers are considering a mid-life sea change with fresh eyes (and in many cases pulling the trigger).

Byron Bay blues… 📷 @danieljkiritsis A shift in environment can alter the state of your creativity.

I’m feeling in the flow since moving here and am excited to create and share more 🙏🏼 https://t.co/fCn5WHa7sY pic.twitter.com/tabLCjP43m

As The Australian Financial Review reported yesterday, “The once-affordable hippie town of Mullumbimby in northern NSW has recorded a flurry of $2 million-plus sales for the first time ever, as demand for ‘lifestyle properties’ in the hills behind Byron Bay skyrockets.”

Though these places are being bought by celebrities, tech entrepreneurs and cashed-up retirees, it wouldn’t be surprising if more ‘everyday’ young professionals started eying up Byron’s surrounding hinterland with hungry eyes.

To see if this idea held water, DMARGE got in touch with a travel expert – Cameron Holland. A regular commentator on travel, consumer trends, business growth and innovation, Cameron is also the CEO of e-commerce business Luxury Escapes.

Though he doesn’t have a crystal ball, Cameron told DMARGE exclusively, “Byron Bay has always been one of our top NSW destinations and with Aussies limited to traveling domestically right now it’s performing really well.”

“It’s still early days to see whether that translates to a longer-term sea change with people relocating there but with everyone hanging out for some time away post-iso we may see them considering a broader life change.”

Adding to this, Cameron also said this year will see more bums on sand: “A beach stay is also top of the list for many Australians (particularly those who might have been planning a European getaway over winter) so we can expect heading to domestic beach destinations like Byron Bay will be a lot more attractive to Australians this year.”

Another factor we put to Cameron is boredom: could this be what sparks Sydney’s cashed-up Yuppies (say) to move and start the remote business of their dreams?

“While I can’t speculate on the property market, we have certainly seen that despite the current economic state Australians are still booking travel and spending money on lifestyle purchases,” Cameron relates.

“8 in 10 Aussies say taking a holiday is still in their budget for 2020, so perhaps their trip could lead to a bigger choice if they fall in love with a domestic destination they may have never visited before.”

More broadly, Luxury Escapes have surveyed close to 3000 Australians on how they will be traveling post-pandemic, finding that more than 86% of Aussies they asked are “just as likely or more likely” to travel in 2020.

Oh, and to those that fall in love and decide to move, here at DMARGE we thought we’d give you a chance to avoid being cast as a ‘rude Sydneysider’ before you’ve even put your togs on at Tallows.

Courtesy of Byronbay.com, here it is – read and learn: “You can pick the new residents because they rave about how wonderful it is to walk down Jonson Street and say hello to so many people they know; because they’re more interested in finding out how you make your money than who you sleep with.”

But it’s not just newcomers who need to watch themselves. Byronbay.com, in the same article, also points out: “You can grow quite cocooned and self-satisfied living in the Byron Bubble.”

“I discovered [this] one year when I drove to Hervey Bay to join some friends on a week-long whale-watching expedition. Traveling up with a Byron acquaintance and her small son, we stopped for a tea break at a roadhouse outside Bundaberg.”

“After the tea, we walked back to my old Corona, parked in the vast bitumen car park. As we drew alongside my car, we saw a big, bearded man who looked as if he customarily ate four cows for breakfast, standing with his hands on his substantial hips, inspecting the stickers on the rear window. One of these said: ‘The goddess is alive. Magic is afoot.'”

“‘Which wunna-yous’d be the goddess?’ he challenged in a surly voice, a real ton-of-fun kind of guy. Before we had a chance to reply, he turned his back, folded his massive frame into his Queensland-registered, mud-spattered ute and roared off.”

In other words: paradise – maybe even a revelation – awaits. Just don’t post a sticker on your car bragging about it (or don’t be surprised when it provokes dickheads).