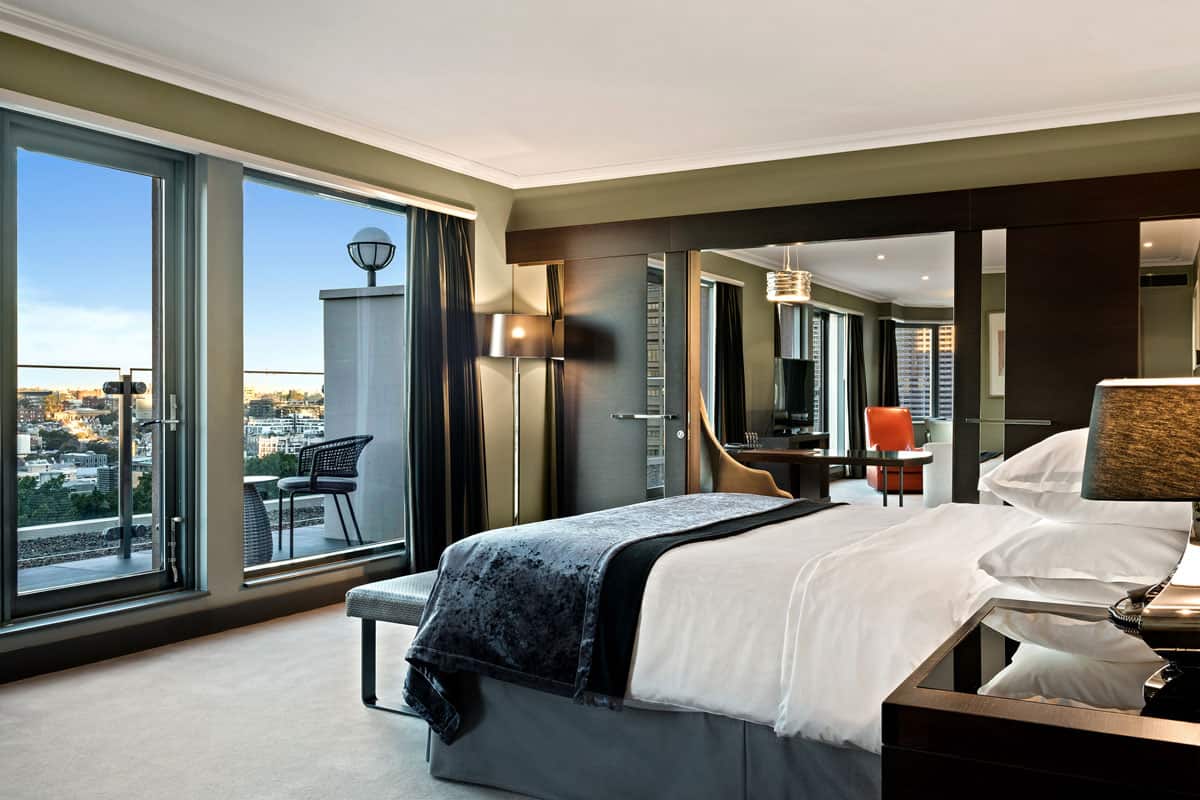 You may envy those wealthy or busy enough to acquire an exemption to travel during these Locked Down Times. But as one Australian traveller has just shown, jaunting overseas right now, much as it might inspire thumb-stopping FOMO while you’re away, may inspire equal degrees of pity when you return.

Why? Quarantining, even in luxury, can be grim. Jaynee Wehbe, global sales director at TRIANGL, who earlier this year was granted an exemption to travel to Ibiza and Italy on business, knows this all too well.

Jaynee, who arrived back in Australia last week, now finds herself isolating in a hotel for two weeks – as is now a legal requirement for anyone entering the country. Though her posts are somewhat tongue in cheek (it’s The Sheraton Grand, not Guantanamo), they provide an entertaining insight into the everyday challenges of hotel quarantine in Australia.

After enduring the bizarre new reality of long haul travel and being made to “feel like criminals” on arrival to the airport, Jaynee and her fellow travellers were shuttled off to various hotels, where the Castaway challenge truly began.

Jaynee yesterday took to Instagram to share what she’s been up to. Her “Q In Review” began with asking followers which was more likely to have inspired her first cry: lack of fresh air, jet lag, missing Richy (her husband) or dirtying her robe on day one.

Despite what you may have guessed, dirtying her robe was the answer, which sparks the question: are hotels taking quarantine so seriously they won’t wash your clothes? Jaynee’s next dilemma: washing her own clothes (and using the shower as a makeshift washing line) appears to answer that question for us…

Jaynee also shared the emotional challenges of being on your own for two weeks, as well as what is helping her get through it. This ranges from making friends (through the window) with the office workers across the street to putting on shows for your mates who are allowed to come and see you – but again, only from the street.

“Once my mates heard I cried, they came to visit.”

Jaynee also shared how, once you’re in quarantine, even the most mundane interactions – ones people at home normally neglect – become golden windows of opportunity.

When Jaynee has an exercise bike, delivered, for instance, she truly appreciated the human interaction: “I got to talk to someone.”

Then came the bad news: the food, despite the Sheraton being a 4.4-star hotel (with prices from $279 a night), appears rather questionable.

While much of the fault can be attributed to the presentation (something out of both Jaynee and the hotel’s hands), it still feels as though Australia’s high-end hotels are missing out on a golden chance to showcase what they can do (as you can almost guarantee that every bored isolation-ee will be Instagramming every single meal).

The pasta with tomato sauce was on Jaynee’s “bad” list, the chicken with broccoli and rice was on her “goodish” list, and the less said about the sausage and gelatinous scrambled egg the better (hint: it puts most economy airlines to shame).

Jaynee also showed us how she is keeping herself occupied during these wall-staring times. Who knew playing skittles with plastic bottles and an apple could be so much fun?