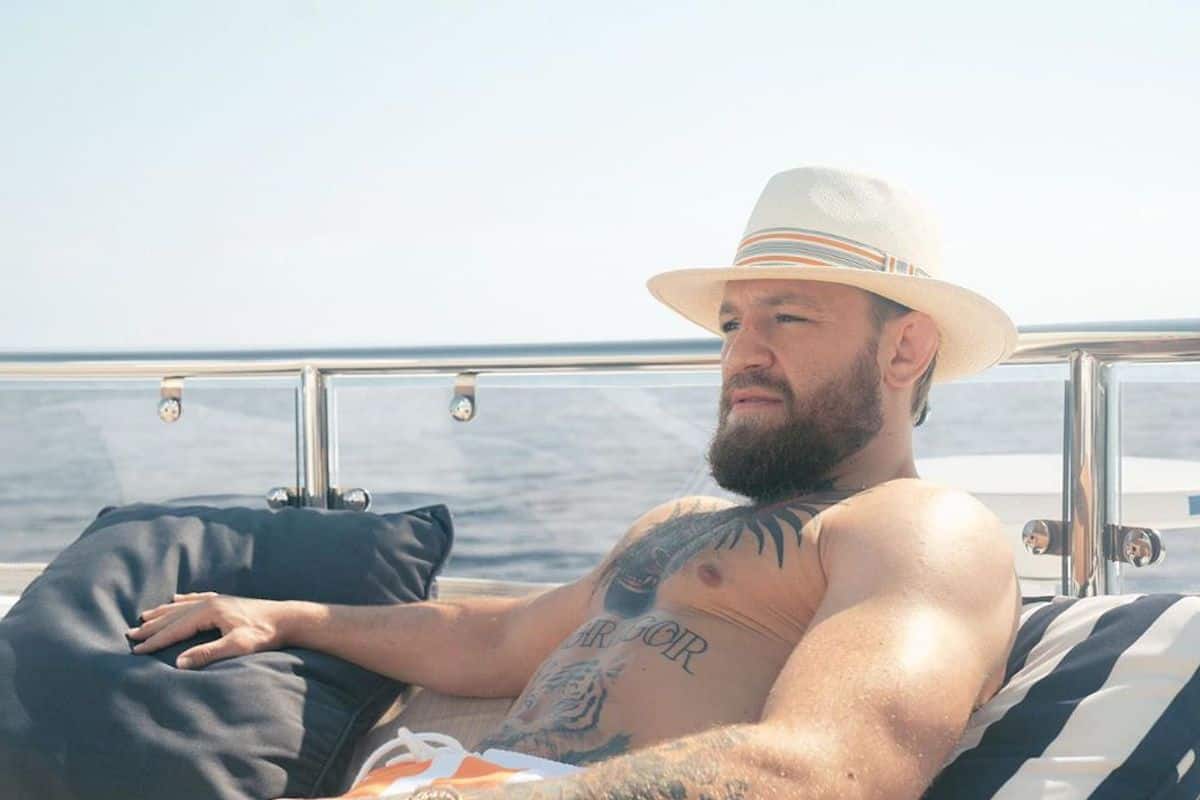 Conor McGregor is not a subtle man. The Irish former mixed martial arts champion, whiskey entrepreneur and philanthropist is one of the most popular athletes alive today (currently boasting a very healthy 36.7 million Instagram followers and another 8.2 million Twitter followers), in no small part thanks to his larger-than-life persona.

The outspoken brawler is quite a watch fan, and typically rocks timepieces that reflect his swaggery demeanour – regularly spotted with huge Jacob & Co. novelties, blinged-out Rolexes or pricey custom Franck Mullers. Excessively large, flashy and expensive… The kind of watches that could compete with the wild wardrobe choices a man who once wore a suit pinstriped with the phrase ‘f*ck you’ makes.

His latest choice in wrist candy is an interesting departure from the norm, however. Currently enjoying the European summer in style, relaxing with his family on a boat in Monaco, McGregor was spotted rocking an ultra-thin rose gold Patek Philippe Calatrava 5180/1R-001 – an exceptionally refined timepiece and an unusual choice for ‘The Notorious’.

For a man who normally prefers monstrously huge watches, this slim Patek looks almost minimalist in comparison. It’s no shrinking violet, however: like the rest of his watch collection, this Calatrava is expensive, complicated and makes one hell of a statement.

Originally released in 2017, the 5180/1R is a skeletonised version of Patek Philippe’s popular Calatrava dress watch. Intricately decorated and engraved by hand, the 5180/1R utilises Patek’s famous ultra-thin self-winding caliber 240 movement – a work of art in of itself. With a case diameter of 39mm and height of only 6.7mm, this Calatrava is easily one of McGregor’s smallest watches: for comparison, McGregor’s $620,000 Jacob & Co. Astronomia Casino has a diameter of 47mm and measures up at a whopping height of 27.9mm. That means you could stack four of these Calatravas on top of each other and that’d still be less on your wrist than this one Astronomia.

Named after the symbol of a medieval Spanish military order (that Patek Philippe uses as one of their main logos), the Calatrava was first introduced in 1932 in order to save the then-ailing firm from bankruptcy during the Great Depression. The Calatrava was an immediate hit, saving Patek Philippe from an early demise and becoming one of their most popular models, and one of the finest dress watches available today.