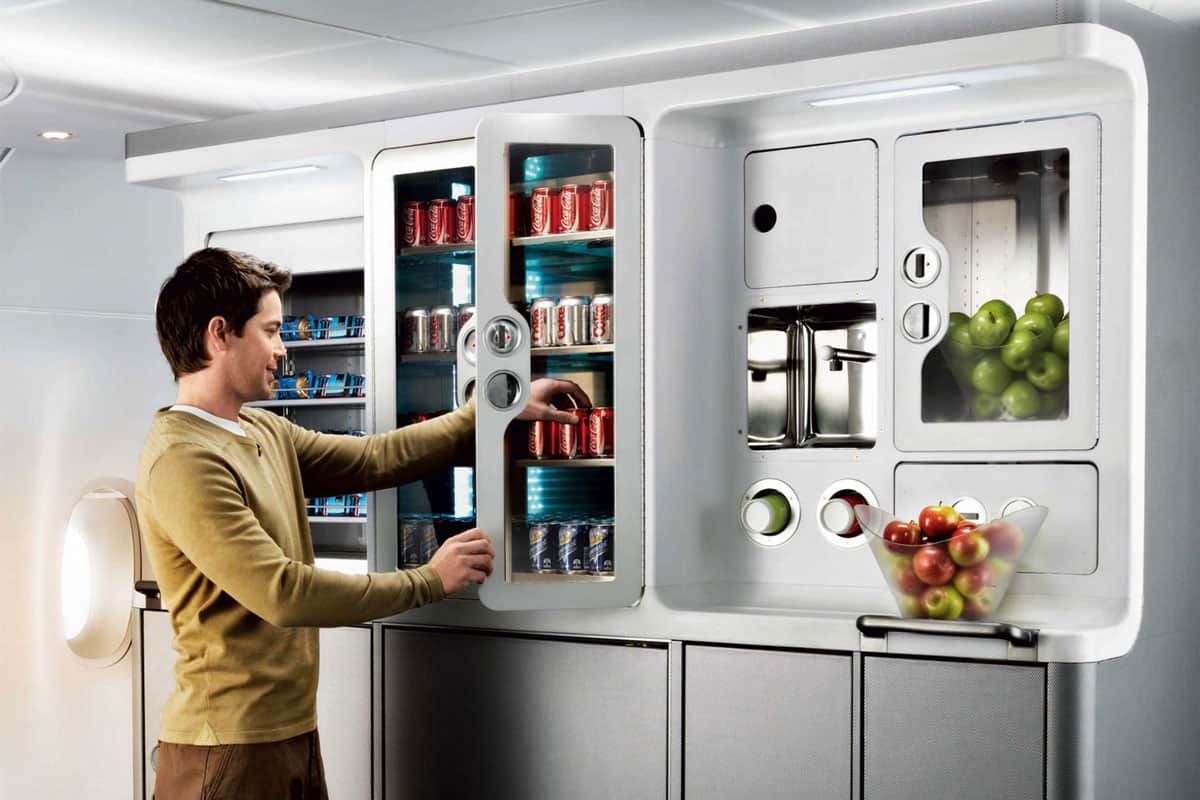 Feeding time in economy is infamously bad. Yes: it’s a momentary reprieve, especially on long haul flights, of being stuck with your thoughts (or a dodgy telenovela), but it’s also a time where you feel claustrophobic and cramped as your designated attendant schlepps out whatever microwave meal was cheapest to prepare this week.

You might want to rejoice, then, when finding out some airlines may be taking steps to reduce the number of times you have to put your seat up and whack a tray down onto your lap.

One possible solution to this could be having an inflight self-service snack bar, aviation blogger Zach Griffin recently suggested. Posting an image of a United Airlines snack bar (an amenity which predates the pandemic) Mr Griffin wrote the following:

“Could this be the future of inflight snack service? With a walk-up, self-service bar, carriers could keep crew safe, while keeping passengers satiated. Some airlines like @jetblue and @united already do this (on some planes, pre-COVID), and time will tell if it becomes the new normal. Personally, I’m a fan of a walk-up pantry!”

Though it would appear to be a good way to keep distance between passengers and crew – and though some (“sounds good too me”) were on board with the idea – many Instagram users in the comments pointed out this feature could increase the risk of passenger to passenger contamination.

“Seems like having a central snack location would hasten the spread of germs with that many people up and about. Easier to regulate the flight attendants.”

“How do you handle the line in the aisle? Or the guy who takes half the snacks?”

Others took issue with how a snack bar changes the feel of the flight.

“Yeah. Not a fan of prepackaged snacks though. Not my idea of business class. Ah. Sorry. (Domestic) First Class!”

Only time, the rustling of dried nut packets (and the progress of scientists in developing a coronavirus vaccine) will tell.