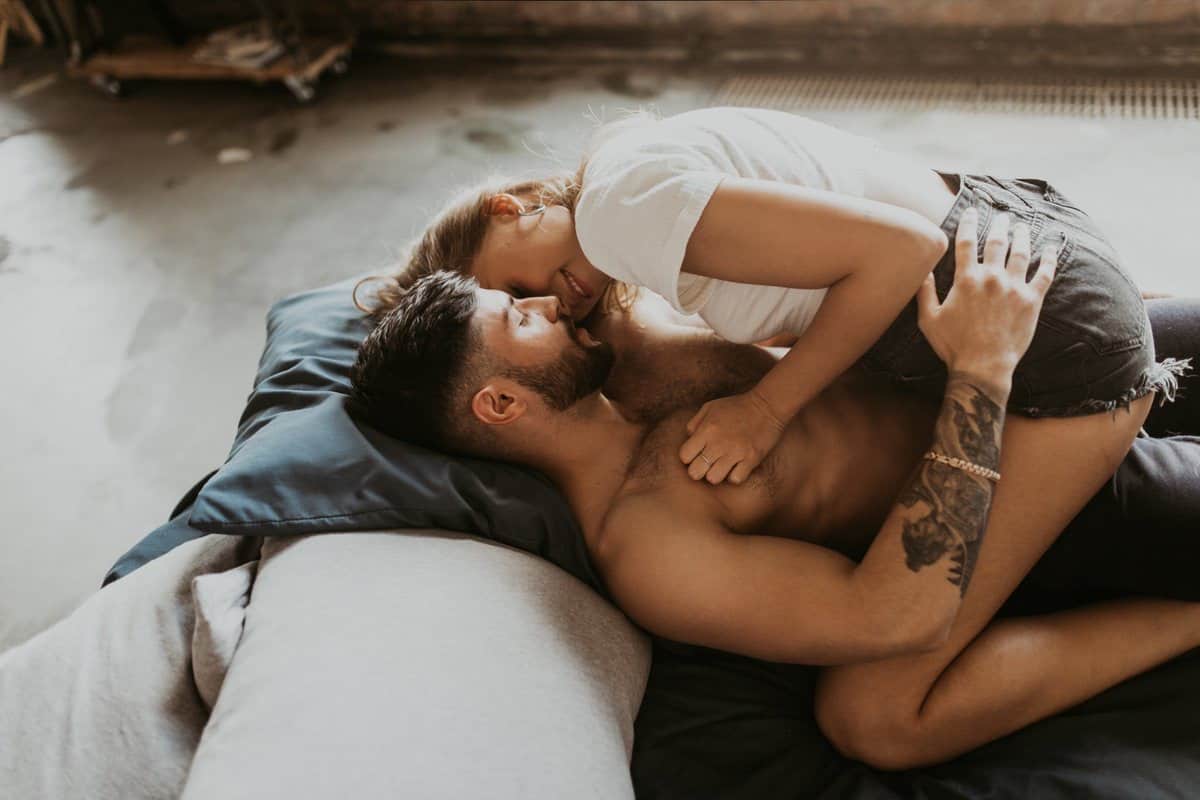 But, as we should all know, some guys can sensationalise the facts. This has led to a culture of exaggeration. Cue: such awkward statistics as men consistently reporting higher numbers of sexual partners than they’ve really had (as well as most Americans reporting themselves as “hotter” than most Americans…).

However, some guys are completely honest with what they do (and don’t) know about certain bedroom activities. It’s a topic that has been brought to light by a recent episode of Oops The Podcast, in which US comedians Francis Ellis and Giulio Gallarotti discuss the subject of spanking.

Francis says that for him, spanking usually takes place when “the girl is on top.”

However, Francis’ confession comes when he says this position can lead to some difficulty in achieving peak spank.

“You’re coming back at yourself and I’ll get a bunch of what I would call…you want the nice crisp spank sound (like a clap) but a lot of the time I’ll get a thud, so you have to do it again and again.”

“Sometimes you get three or four thuds in a row and you’re like, ‘F*ck this is embarrassing!'”.

“You wanna ring the bell, not be knocking on a dead door.”

After pondering whether the shape of your partner’s buttocks was a factor in the sound produced from a spank, along with the shape you form with your hand to make the spank, Giulio chimes in by saying that, for him at least,

“What you’re talking about is not spanking, it’s ‘smacking that ass’.”

The highest brow terminological debate of 2020? We submit to you: yes.

Francis’ situation also begs the question, ‘do guys actually know what they’re doing in the bedroom, all of the time?’

This is a broader topic. Numerous statistics show men feel social pressure to pretend to know what they’re doing, or to be mind readers in the bedroom – a real problem that can lead to such issues as performance anxiety to ED.

The solution? Communicate. As high-end escort Samantha X tells DMARGE, communicating is one of the hottest things you can do (not to mention, if you do it right, you could have the best sex of your life).

Further on in the podcast, Giulio surmises, “the whole spanking dynamic requires you to take charge and to decide what the appropriate amount of spanks is to be handed out.”

A delicate task, considering you might be worried your partner will be disappointed if you are too meek, and put off if you are too enthusiastic. Again: the solution is to communicate.

RELATED: Why Vulnerability Is A Man’s Sexiest Asset, According To A High-Class Escort

Later on in the podcast, Francis admits he’s no longer confident when it comes to sex and has “become a lot more passive… during COVID.” Perhaps this could be at the root of his spanking issues.

Towards the end he suggests that “sex isn’t the be-all and end-all of a healthy relationship,” but that’s a topic we’ll discuss at a later date.

For now, we’ll leave you to question whether you really do know what you’re doing with your partner, or if you’re just an incredibly good actor.