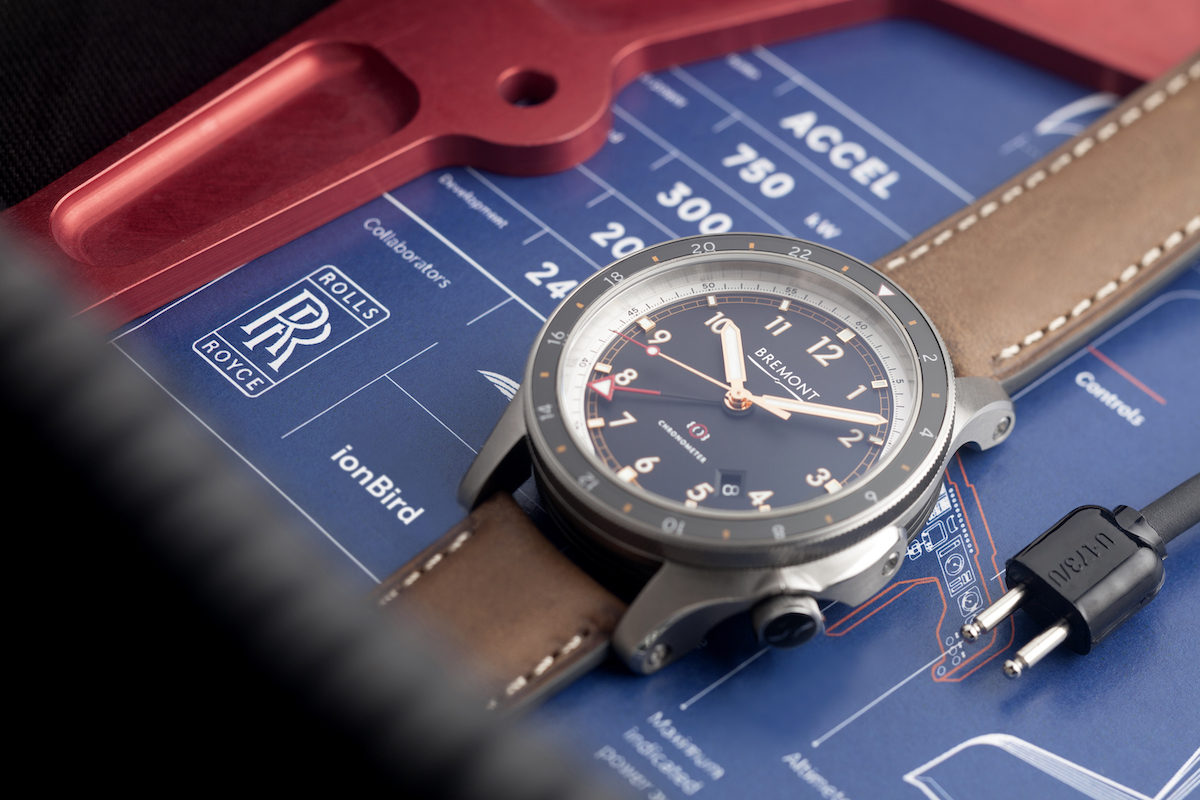 Aeroplanes have always been a part of Bremont’s DNA. Indeed, Bremont’s biggest claim to fame their relationship with groundbreaking British aviation firm Martin-Baker – only pilots who have successfully ejected from a plane using a Martin-Baker ejector seat are able to get their hands on Bremont’s limited-edition MBI watch (thankfully, the MBII and MBIII aren’t as exclusive).

Bremont’s latest collaboration is with Rolls-Royce – while the name’s most commonly associated with ultra-luxurious cars, the automotive and aeronautic divisions are actually separate companies. The latter is the world’s second-largest maker of aircraft engines and has been incredibly influential in the history of flight, its famous Merlin V12 powering iconic planes such as the Avro Lancaster and Supermarine Spitfire.

Bremont is teaming up with Rolls-Royce as the official timing partner for its all-electric speed record attempt. The plane set to make the attempt, aptly named the ‘Spirit of Innovation’ (riffing off the ‘Spirit of Ecstacy’ badge that adorns Rolls-Royce cars) is aiming to be the fastest in history, with Rolls-Royce hoping to surpass the current record of 213mph / 343kmh by reaching speeds over 300mph / 483kmh early next year. The insane plane combines a 400kW electric powertrain powerful enough to set world records with a battery that stores enough energy to supply 250 homes… All while remaining light enough to fly at breakneck speeds.

Not only will the plane feature a Bremont-made stopwatch and components manufactured by the watch company, but Bremont has also released a new mechanical chronometer called the ionBird to celebrate the partnership, which the test pilots will be wearing for the development and record-breaking flights. Named after the nicknames given to the Spirit of Innovation’s testing rigs – so-called ‘iron birds’ – this high-octane new watch not only looks like a million bucks, but is sure to fly off the shelves faster than the Spirit of Innovation plane it celebrates. 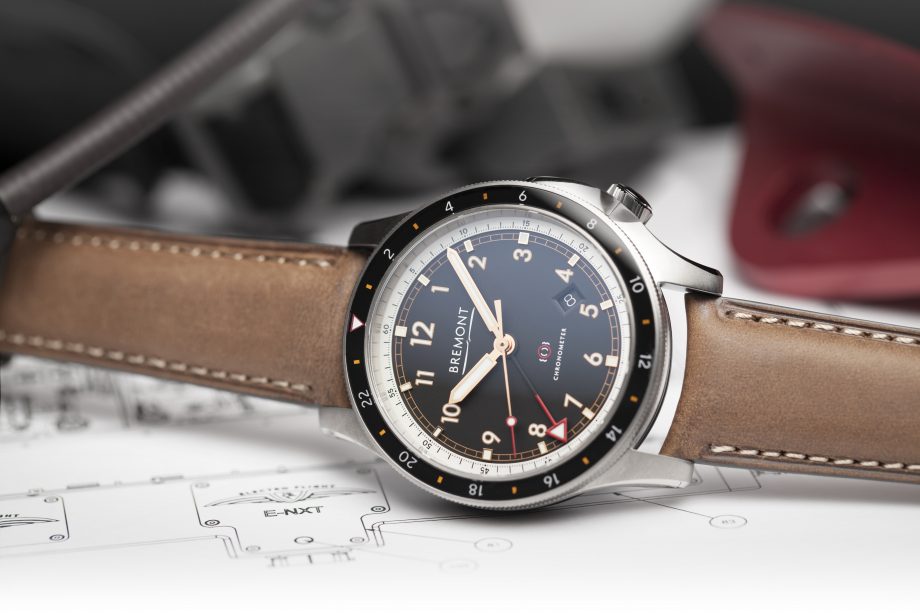 The Bremont ionBird uses a lightweight aviation-grade titanium 43mm case and houses a BE-93-2AV chronometer-rated GMT movement which is safely cushioned against shock using Bremont’s proprietary anti-shock technology inside the case. Other technical features worth noting are its 42-hour power reserve, water-resistance to 100m, and Super-LumiNova illumination. The two time zones are clearly displayed on the very readable dials, and there is a nod back to the early days of aviation with the vintage feel numerals and bronze hands. Available on either a brown nubuck strap or a handsome steel bracelet, it’s a timepiece that’s as technical as it is beautiful.

The other cool thing about the ionBird is its unprecedented connectivity: Bremont has joined with Rolls-Royce and software developer Compsoft in developing an app to be used by the record attempt pilots, as well as by amateur or professional aerialists of all stripes. Planned to feature checklists, timing functions and many other aids to efficiency and safety in the cockpit of modern aircraft, the ionBird chronometer will be able to communicate with the App via its new Bluetooth ‘alerting’ strap that can update and inform the pilot when certain timing features within the app are reached.

Many watch brands produce pilot’s watches, but few can claim to be as revolutionary and relevant as the ionBird. The clever new chronometer fits perfectly within Bremont’s stable of flight-focused timepieces, and further bolsters the British brand’s aeronautic (and horological) bona fides.