“You’d have to go to Summernats to see those types of cars now.”

Despite being a relatively small market, Australia is chock-full with car brands from all corners of the globe. Naturally, all the big Japanese marques have a presence here, as do most of America’s big names. Yet there’s some European brands that Australians have access to that even Americans don’t: Renault, Škoda, Peugeot, KTM, Citroën…

It didn’t used to be this way. While British cars used to be incredibly common on Australian roads, a vestige of our colonial past – British Leyland also manufactured vehicles here locally, like the P76, Mini and Morris Marina – European cars were exceedingly uncommon and widely viewed with suspicion for most of the mid-20th century. They just weren’t built to withstand the tough conditions Australian roads threw at them. Did you know that FIAT stands for ‘Fix It Again, Terry’?

While high-end brands like Mercedes-Benz and Ferrari have a long history in the Australian market, and the humble Volkswagen Beetle and Kombi were common on Australian roads (to be fair, they were common everywhere) most cars were either locally-made sedans from the likes of Holden, Ford or Chrysler, or cheap imports from Japan like Datsuns or Toyotas.

It was a simpler time, when cars were dangerous but sexy. Where the average man aspired to a comfy Kingswood instead of some highly-strung piece of Germanic engineering. Just take a look at this photo of Sydney’s iconic Bondi Beach in 1979 that was shared on Reddit and you’ll see exactly what we mean: 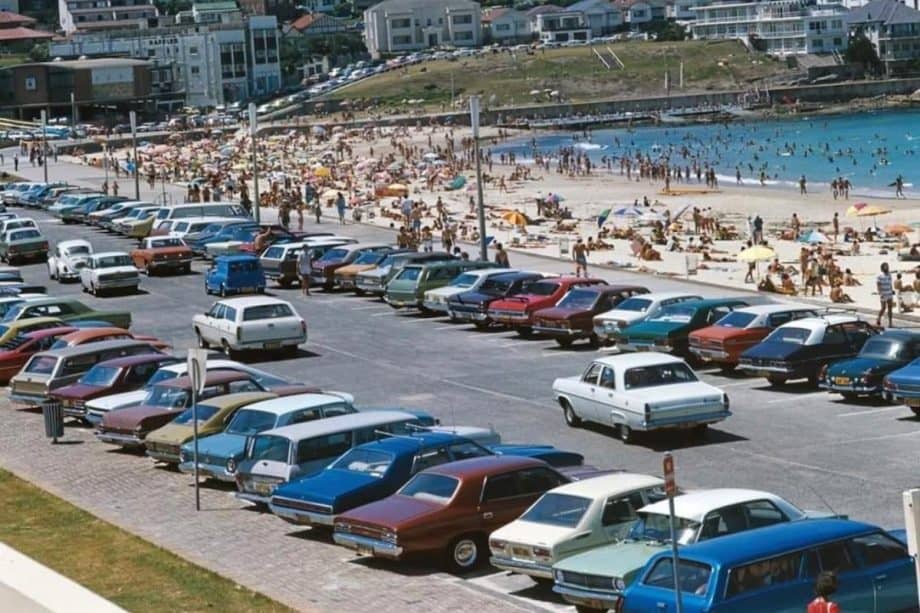 Some things haven’t changed – like how hard it is to find a park at Bondi.

Aside from an MG and a few VWs, most of the cars in the photo are locally made sedans and wagons. Also, notice how everyone’s managed to reverse park ok and there’s not someone taking up two spots? The cars are in a whole array of attractive shades, too: blues, reds, greens, browns… Aussies these days are far more conservative when it comes to car colour.

It’s a far more interesting palette of cars than what’s on today’s roads.

“Bloody hell the cars looked brilliant back then,” one commenter exclaimed.

“I wonder how many of those are still on the road today.”

Another relates that “these were the days where car companies cared about the customer and what they drove. Nowadays it’s how cheap can we make a car because the boss is only interested in money.”

1979 was an interesting point in time for Australian motoring history: the Holden Commodore was introduced just a year before in 1978, Toyota was locally manufacturing alongside the American brands, XW Falcon GT-HOs and Monaro GTS350s were battling it out on Mount Panorama, and good-looking cars dotted Australia’s shores.

Compare that to 2020, which has seen Holden finally die after a slow and painful slide towards death, Ford giving up on selling passenger cars, and the Toyota HiLux continue to dominate Australia’s best-seller lists.

These days, the carpark at Bondi Beach looks very different. Gone are the handsome sedans, wagons and coupes. It’s all mostly European SUVs and crossovers, in various shades of white, black or grey… Range Rovers, BMW X5s and the like. Indeed, we’ve contributed to the problem by parking a new Porsche Cayenne Turbo S E-Hybrid Coupé (a beautiful beast, mind you) down at that very same waterfront. 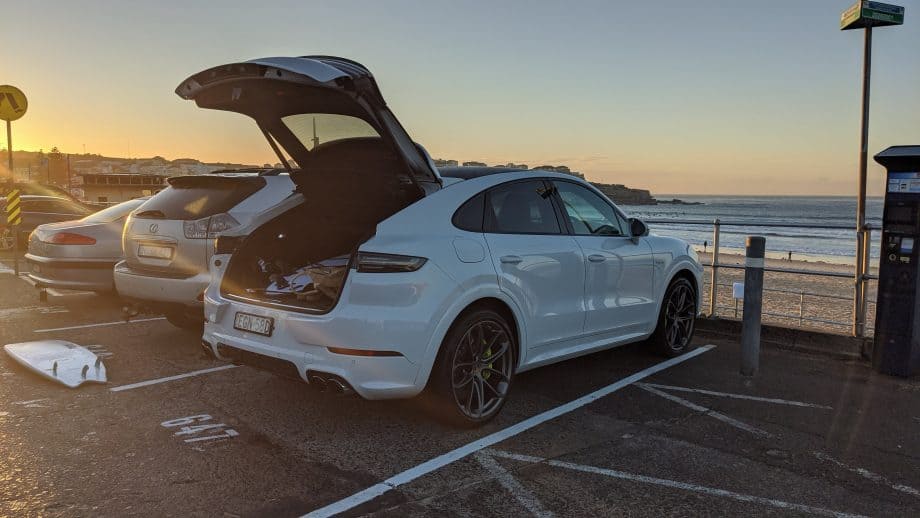 It’s not being hypocritical if you call yourself out.

These days, you’d be hard-pressed to find even a single non-hatchback or Toorak tractor down there, let alone the increasingly endangered Aussie sedan. You’d have to go to Summernats to see those types of cars now.

The ‘affordable luxury’ of a big Australian motor isn’t something that exists any more, sadly. It increasingly feels as if you either go for a cheap Korean or Japanese hatchback, an SUV (most of which are boring), or you fork out big dollars for a European whip.

They’re at least better made these days. Volvo put their cars through a ‘kangaroo test’ and manufacturers do a better job than ever of tweaking their vehicles to suit Australian conditions. Local manufacturing may be a thing of the past but we’re hardly starved for good cars.

We just wish Bondi was a little more glamorous. Or maybe we just miss the smell of carbies and John Player Specials.