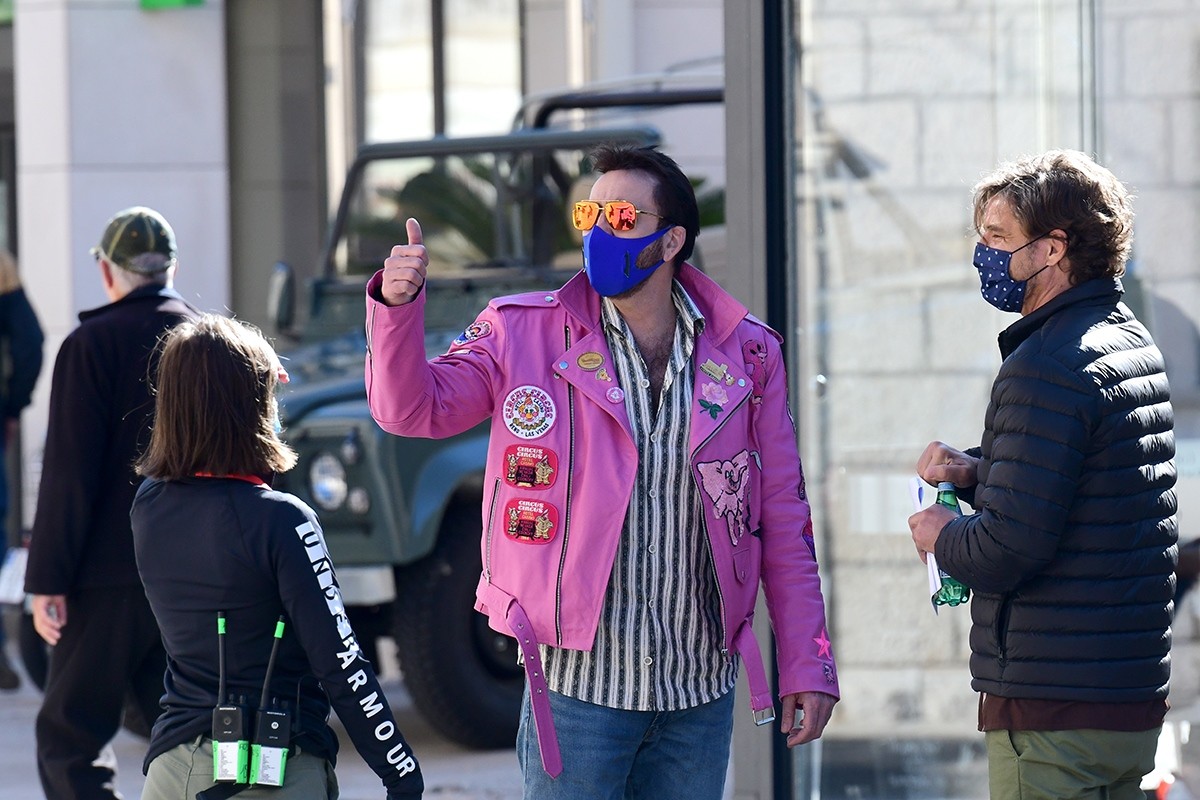 It’s hard to tell whether Nicolas Cage is a genius or just very, very confused.

From his outfit choices, questionable romances and filmic exploits, Cage is one of the most enigmatic actors active in Hollywood. It’s often been said that ‘Nicolas Cage is very good at playing Nicolas Cage’ but it seems he’s taken that literally with his latest film project – playing himself in a subversive comedy called The Unbearable Weight of Massive Talent.

The oddball 56-year-old actor was spotted on set in Cavtat, Croatia wearing perhaps the most ‘Nicolas Cage’ outfit yet – a striped shirt, big aviator sunglasses and a bright pink leather jacket emblazoned with patches and a huge Superman logo on the back. It just has to be seen to be believed. 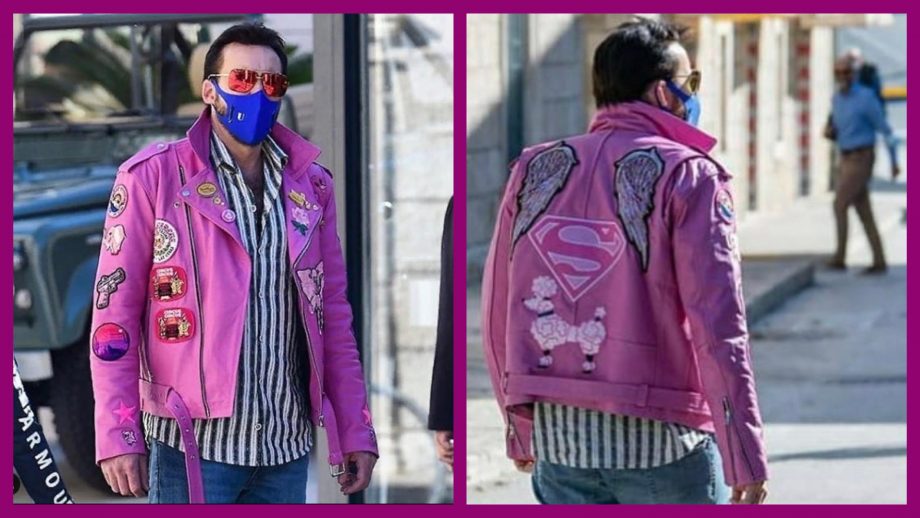 Cage is known for his love of leather jackets, from the classic black biker’s jacket to wilder looks like this puffy white number he was spotted in last week. But this pink jacket? We can’t tell if he’s being ironic or he genuinely loves this shit. You just can’t tell with Nicolas Cage. Although evidence would suggest this might be the former as opposed to the latter…

The Unbearable Weight of Massive Talent is set to star Cage as an exaggerated version of himself where, in need of some money and creatively unfulfilled, he begrudgingly accepts a $1 million offer to attend the birthday of a Mexican billionaire super fan: things take a wild turn and Cage is then forced to become a version of some of his most iconic and beloved characters in order to extricate himself from an increasingly dangerous situation, Deadline reports.

With that in mind, perhaps the jacket is a pisstake. Or maybe he’s just really getting into character… As himself. In any case, we low key love it.

Part of what makes Nicolas Cage such a compelling actor – and person – is precisely because you’re never quite sure where the persona ends and the person begins. He definitely enjoys keeping people guessing, too. But both in his roles and out of them, he exudes this ‘I don’t give a fuck’ energy that’s just unparalleled.

And that’s why he’s the men’s fashion trailblazer we so desperately need: his irrepressible confidence and individuality is a breath of fresh air.

RELATED: A Dating Expert Reveals How Confidence Improves Your Attractiveness

It’s been said many times before, but the key to dressing well is confidence. You can have the best outfit in the world but if you don’t carry yourself with pride; back yourself – then you still won’t look good. Cage makes this jacket work because he has the confidence to pull it off. He’s arguably the only man alive who could pull it off (although we reckon Richard Biedul would have a red-hot go).

So we say bravo, Cage. Shine on you crazy diamond.