The Incredible Moment Venice’s Floodgates Worked For The First Time

“Turns out my morning spent clearing my stuff off the floor just meant tidying, not flood defence.” 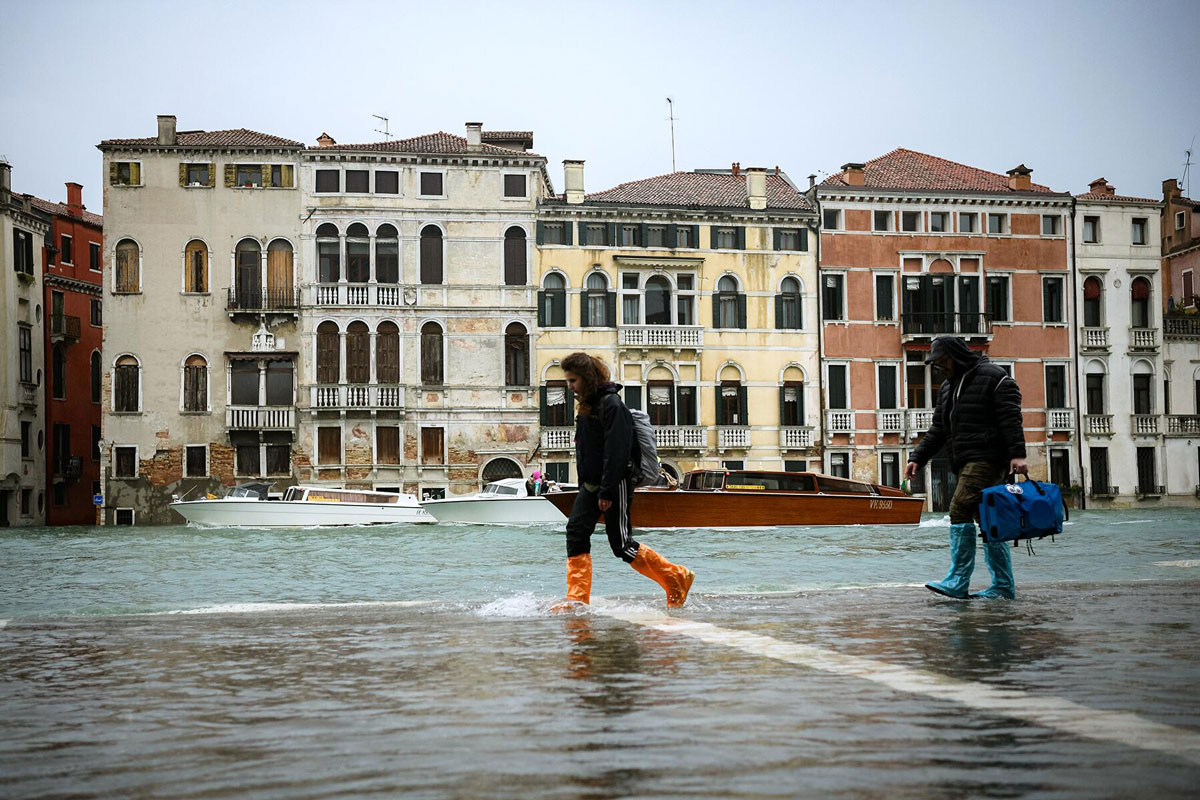 Venice has held back water for the first time in 1,200 years. This comes after decades of delays, controversy and corruption (and damaging high tides).

However, on Saturday – the first acqua alta of the season for Venice – the city finally tested its long-anticipated flood barriers against the tide.

A high tide of 135cm was forecast – one that would usually inundate the city. But after years of work, millions of euros and much incredulity, the MOSE barrier worked for the first time (bar a previous minor test against a low tide).

Venice stayed dry and citizens like Sebastian Fagarazzi, who told CNN he is used to moving his belongings – including furniture – off the floor every time the flood sirens go off, were relieved – and somewhat astonished.

“At 12.05 p.m., high tide, St Mark’s Square – which starts flooding at just 90 centimeters, and should have been knee-deep – was pretty much dry, with only large puddles welling up around the drains,” CNN reports.

“The square’s cafes and shops, which often have to close for hours on end, remained open. And in the northern district of Cannaregio, Sebastian Fagarazzi’s home stayed dry.”

The MOSE defence system consists of 78 flood barriers (bright yellow guards) installed in the seabed at the lagoon’s three main entrance points – the inlets of lido, malamocco and chioggia – that divide the Adriatic sea from the Venice lagoon Design Boom reports.

According to Design Boom, the flood gates are split into four barriers, which each include multiple gates to admit vessels through. Also, “to offer a defense of the entire lagoon, the floodgates lie full of water and completely invisible in housing when inactive,” (Design Boom).

“Compressed air is then introduced in the event of a particularly high tide. the barriers thus rise up and block the flow of the incoming tide.”

“The MOSE flood barrier system was greatly needed due to the increasing frequent and intense high waters that hit venice over the recent years, most notably in 2019,” Design Boom reports. “It is designed to protect the city from tides of up to 3 meters – much higher than the forecast tide on the Saturday.”

“As well, the floodgates also [sic] guarantees the quality of the water in the lagoon, protection of the landscape, and the maintenance of the port activity.”

Since Saturday’s success, various Twitter users, both Venetian and non-Venetian, have taken to the internet with comments that reveal some brutal truths about Italian culture.

sometimes something works there in Italy 🤭

They also showed the on ground reality of what this historic event was like.

“Turns out my morning spent clearing my stuff off the floor just meant tidying, not flood defence,” one user wrote.

The wedding can go ahead at San Giorgio pic.twitter.com/3w90xaXhzf

The mix of Twitter comments suggest today’s Italy is simultaneously hopeful and cynical, corrupt and honorable; forward-thinking and reactive.

Users also questioned the Promethean nature of this solution, with some calling MOSE an expensive “stopgap,” arguing we should be stopping climate change rather than finding ways to cope with it.

MOSE = emergency fix to avoid disastrous #acquaalta like in November 2019. BUT in view of climate change and environmental protection, we need long-term solutions to ensure that Venice and the Lagoon can survive: WHY + WHEN DOES VENICE FLOOD:https://t.co/RA2uc7EWYV

Given the wheels of global warming are already in motion, some may call this a moot point (or at least argue we are going to have to do both).

After decades of bureaucratic delays, corruption and resistance from environmental groups, sea walls designed to defend Venice from “acqua alta,” or high water, went up on Saturday, testing their ability to battle the city’s increa…https://t.co/NWFgT6cn6W https://t.co/2oBdDU1LY4

For more information on how the floodgates work, refer to the following video.