“Life’s too short to drive a boring car.” 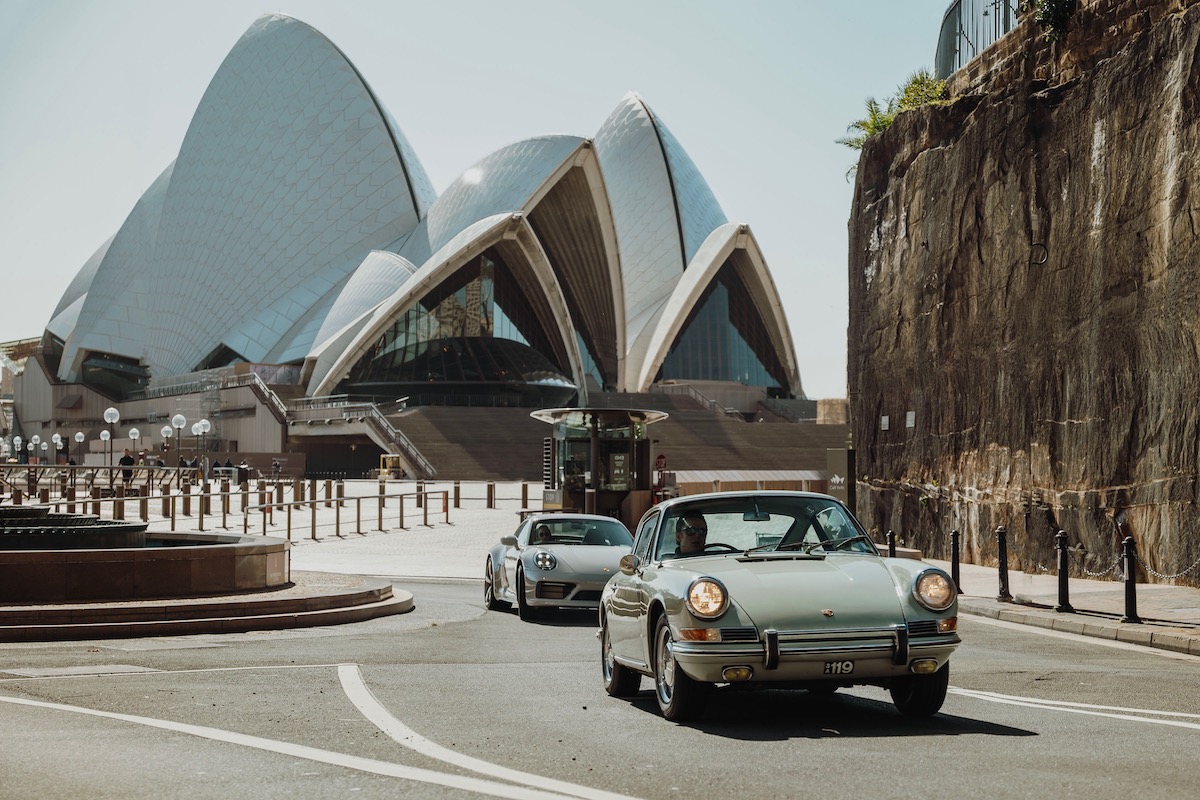 There tend to be three periods in a man’s life when you consider buying a sports car: either when you’re young, childless and devoid of responsibility (and keen to fulfil that adolescent desire to ‘go fast’); when you’re going through a mid-life crisis and want to rekindle your youth; or when you’ve finally retired and can afford something really nice.

But none of these periods are really that conducive to sports car ownership.

When you’re young, you probably can’t afford something decent (or safe), and buying a car as part of a mid-life crisis never ends well. But when you’re finally level-headed and cash-rich enough to indulge your sports car fantasy, you’re probably too old to really handle or appreciate the vivacity of a sports car. Life’s a bitch, ain’t it?

But some men are doing the unthinkable: driving sports cars when they’ve got young kids. Conventional wisdom would say that once you have kids, you need to give up your sporty coupé or roadster for something more practical, like a station wagon or SUV. But there’s method to their madness.

DMARGE spoke with Patrick Kidd, founder of Australian men’s grooming empire Patricks – and father of two – who says that keeping his Porsche 997 despite having two little tackers is one of the best decisions he’s ever made.

“I’m the king of the school dropoff,” he laughs.

Explaining that he’s at a stage in his life where he’s “not partying any more,” investing in a fun sports car made sense. “It makes even little journeys fun,” he relates, sheepishly admitting he uses it more than the station wagon he and his wife share, even for ferrying the kids around. Kidd’s take? It’s not that hard to make a sports car work with kids.

“People are just scared of the size. I can fit two baby seats in the back, and with a roof pod on top, I’ve got plenty of space. Plus, the pod on top looks great. It shows that the car’s actually driven, and makes it look a bit like a rally monster,” he jokes.

Indeed, there’s an argument to be made that a sports car is perfect for when you’ve got young kids. Older kids or adults won’t fit comfortably in the back of most sports cars, but infants or young ones will. You may as well take advantage of the fact that they’re still small to keep your fun car around a little longer. Kidd also thinks that because his kids will be growing up alongside a cool car, it will instil in them an appreciation of nice cars – and nice things.

“Once a week me and my daughter get out all the car detailing equipment and just spend a few hours looking after the car. It’s a great bonding experience, and she loves cleaning the car with me. She knows that one day, she’ll get the car too.”

It’s not just Kidd who’s on the sports cars with kids train. A DMARGE correspondent spotted this dad driving a limited-edition Ford Mustang Bullitt, a hotted-up version of an already impressive performance car – which as CarAdvice notes, has a pretty titchy back seat. It hasn’t stopped this bloke from putting two baby seats in the back, however.

Even crazier is this mad bastard we came across, who’s put a child seat in the front of his Lamborghini Aventador (although you don’t have much of a choice, seeing as the Aventador doesn’t even have a back seat). The fact that the Aventador even has mounting points for child seats means that they’re not the only dad who’s attempted this… 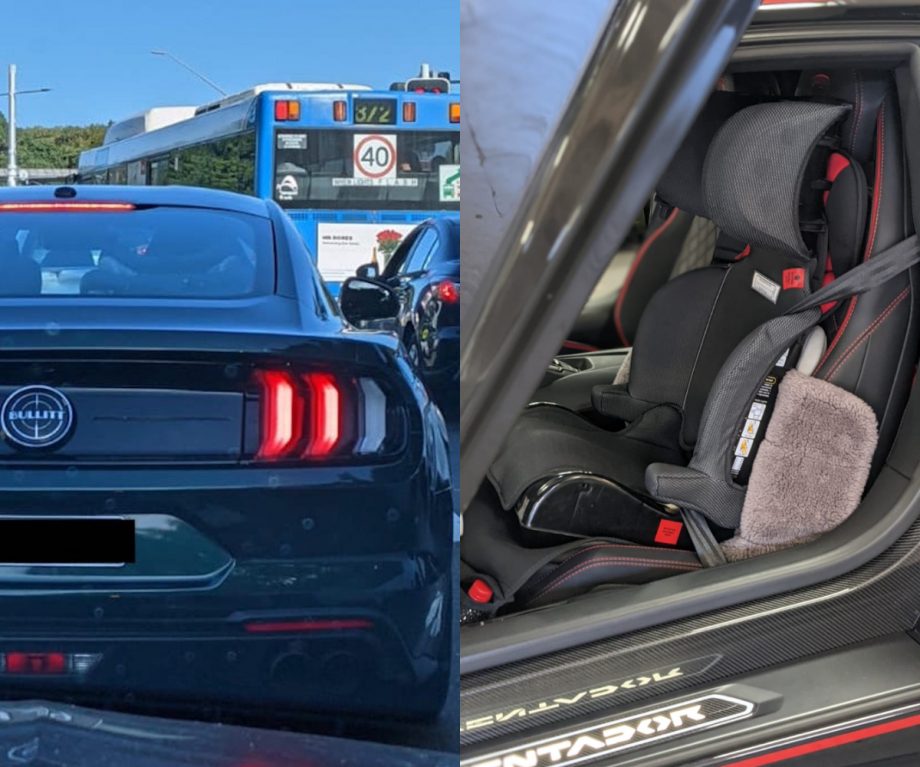 Who needs a Wiggles CD when you’ve got a V8 or V12 soundtrack to keep the kids entertained?

The other thing that’s counterintuitive about a lot of sports cars is that despite often having rather cramped rear seats (or none at all, like in the Lambo’s case), they have surprisingly big boots (or ‘trunks’, for our American readers), particularly turn-of-the-century models: 90s legends like the Honda NSX, C5 Corvette or Mitsubishi 3000GT have surprisingly spacious cargo areas.

“I was selling a fridge, and a guy turned up in an old Toyota Celica looking to pick it up. I didn’t think it was going to fit, but he got it in there… I was incredibly surprised,” DMARGE founder and publisher Luc Wiesman recounts.

Hell, my 1996 Ford Probe’s back seats are entirely theoretical, but it’s got more boot space than my mum’s Mazda CX-5 compact SUV.

Of course, not all sports cars are as practical as a Porsche or a Probe. You’d be hard-pressed to fit the kid’s school bags and science projects in the boot of a Subaru BRZ, for example. Much of that has to do with the improved crash-worthiness of modern sports cars, which necessitates thicker A-pillars, curtain airbags and so on, compromising internal space.

But practicality is only part of the equation. Sure, sports cars might be more practical than you might anticipate, but that’s not why you drive a sports car.

Our ‘king of the school dropoff’ Patrick Kidd sums it up best: “life’s too short to drive a boring car.”