The Awkward Truth About Byron Bay’s ‘Locals Only’ Attitude

“The irony is, these kinds of comments, in many cases, will be coming from people who moved to Byron over the last 5 or 10 years.” 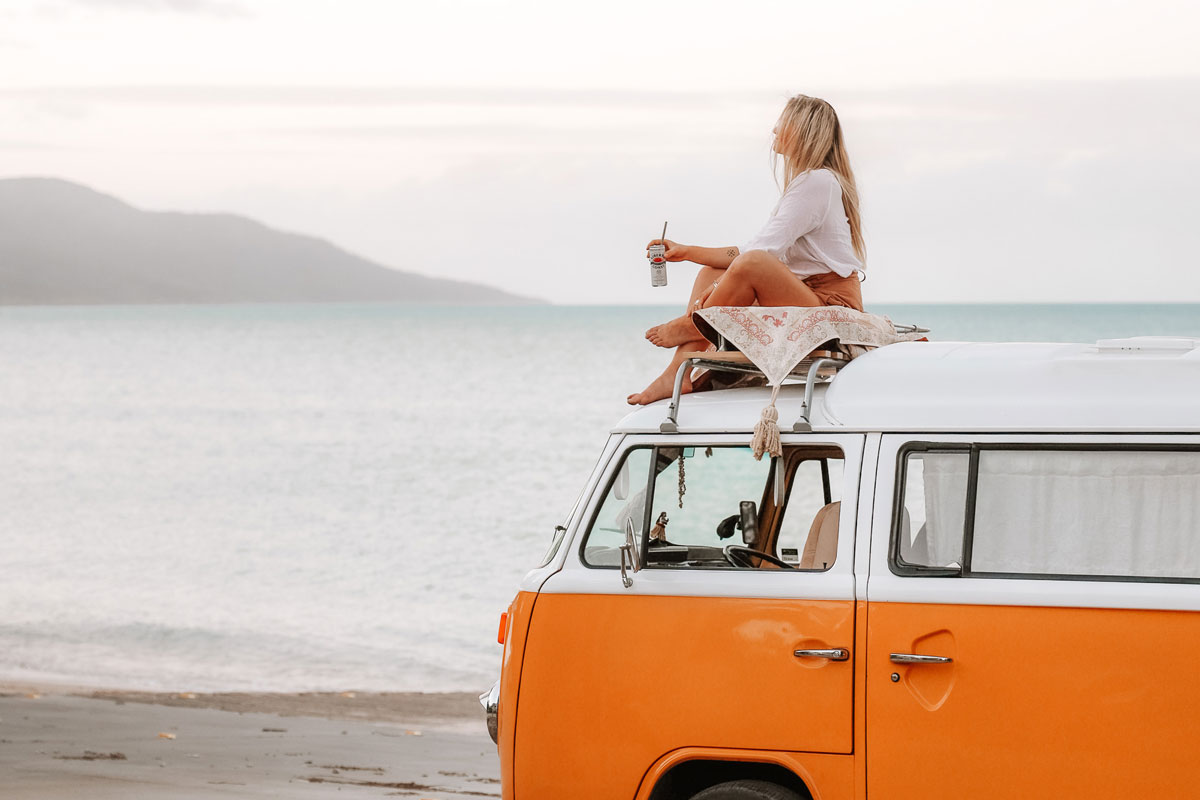 Barcelona. New York. London. Tokyo. Think about it for more than a second, and you’ll realise; what makes the world’s best cities great is not organic ochre shirts, but the people underneath.

Byron Bay is just a town but the principle is the same – everyone wants to be amid the action (otherwise Yamba and Lennox would be equally full of pilgrims).

That’s why everyone from vowel-pronouncing Brits (read: trustafarians) to Sydney surfers flock to Byron – not because of the spiritual aura, or because it’s Australia’s easternmost point – it’s down to bums on sand (and the like-minded cerebrums attached).

It’s where things (and Chris Hemsworth) are at.

Speaking of community spirit, this concept explains why some Byron Bay locals are aggrieved by Melbournians joining the party, as well as – in this correspondent’s opinion – why they should be more grateful for the influx.

For those whose chakras have been blocked from downloading the news: a quick refresher – in recent months a war has broken out between disgruntled Byron Bay locals and Melbourne climate refugees who have fled Victoria due to “lifestyle” and lockdown reasons.

Though calling it a “war” is very tabloid (it’s really more mild contempt), that is how it has, by some, been reported.

Speaking to the Herald Sun, one Byron Bay resident allegedly said: “You can spot the Melburnians in a second.”

“They just reek of Melbourne. Puffer jackets and ironed jeans. I mean what’s with that?”

“It was bad enough before the school holidays, but now they all ponce around thinking they’re the Hemsworths. Go f***ing home,” said another.

The irony is, these kinds of comments, in many cases, will be coming from people who moved to Byron over the last 5 or 10 years, and about whom similar remarks were probably made back then by longer-term locals.

Of course: no one likes being colonised (especially by Melburnians with poor dress sense). But it’s ironic that in this case, the close-mindedness is not coming from the Melbourne ‘squares’ – it is coming from Byron Bay ‘circles’ apparently unwilling to accept anyone who doesn’t dress a certain way (or who are forgetting that it took them time to integrate too).

Those complaining also forget that more people doesn’t necessarily mean a worse experience or a worse town. In fact, those whinging they don’t want to go to Byron Bay this year because it will be too crowded are somewhat missing the point.

For many, going now, when it’s buzzing, only makes for a better experience; more people to meet, more energetic vibes, the whole kip and (socially distanced) canoodle.

The latest statistics suggest this ‘buzz’ may be around for some time: The Australian reports “25,000 fled Melbourne ahead of second virus wave” with many of them flocking to NSW and Queensland.

DMARGE spoke with a Victorian ‘virus refugee‘ now living in Noosa, who said, the people he knows who are part of this “mass migration” have all moved in a legal manner, and that proof of a solid long term lease is required at the airport, as is a two week quarantine upon arrival.

That said, our source – and many others who fled Victoria via legal channels – are still “scared of backlash on social media.”

Some people have moved to Queensland to wait and see what happens next with Victoria, while others plan to stay for years.

“I know of people for whom this is absolutely permanent – businesses as well.”

This trend has had various side effects – both good and bad. Though our source acknowledges that – from the perspective of Queensland or NSW – there are definite downsides, there are also positive aspects.

“Some people say it’s negative; Victorians are taking over.”

“In terms of rental properties being available it is a negative, but on the flipside, all this money is getting pumped in.”

“Yes it has put pressure on prices for rentals and buying houses, but at the same time the restaurants, bars and cafes up here rely on tourism, and they haven’t got that right now so the fact that there are more people up here is injecting money.”

“Even house prices are seeing a mini-boom right now,” our source told us.

“Talking to real estate agents in Noosa I’ve heard they’ve been listing things and selling to people in Victoria via Facetime within 7 days.”

This fits with news.com.au research, which shows Victorians have been snapping up million-dollar properties, without seeing them in person first.

“According to online removalist platform Muval, 20,000 Victorians have looked at relocating since stage 4 lockdown was announced a week ago,” news.com.au reported in early August.

“Brisbane was their top choice, with 21 per cent wanting to relocate there, Muval said. About 17 per cent wanted to go to Perth and 15 per cent to Sydney.”

As for Byron Bay, The Australian Financial Review reported in June, “The once-affordable hippie town of Mullumbimby in northern NSW has recorded a flurry of $2 million-plus sales for the first time ever, as demand for ‘lifestyle properties’ in the hills behind Byron Bay skyrockets.”

In other words: though prices have been on the up for some time in Byron and its surrounds (thanks to celebrities; Sydneysiders), prices appear to have been punted even further this year.

The best argument that can be made against all this, in this correspondent’s opinion, is not so much that the new residents may like to iron their jeans, but that the influx may alter the community spirit of Byron.

We’d argue this undersells how strong the ~Byron vibes~ are though (need evidence? check out the way any Sydneysider dresses after a couple month stint up there).

In any case, one local reportedly expressed this concern in a Byron Bay Facebook group, writing: “Byron Bay used to be inclusive. If you don’t have a tonne of money forget it.”

“And by the way, I’ve lived in Byron Bay for nearly forty years, so it’s got nothing to do with tall poppy [syndrome]. It’s to do with losing the community atmosphere.”

“Now it’s all AirBnBs, this is what I don’t like.”

The ABC, in a piece called paradise interrupted, recently shed some light on this, reporting, “The region has become a hub for artisans, musicians and small labels, but it’s the tourist dollar that’s built the economy.”

Speaking to the ABC, Mayor Simon Richardson elaborated on this point.

“It’s like a farmer who’s got one crop; if you’ve got a monoculture and that crop fails, or the market drops, you’re not left with much else. Byron’s very similar.”