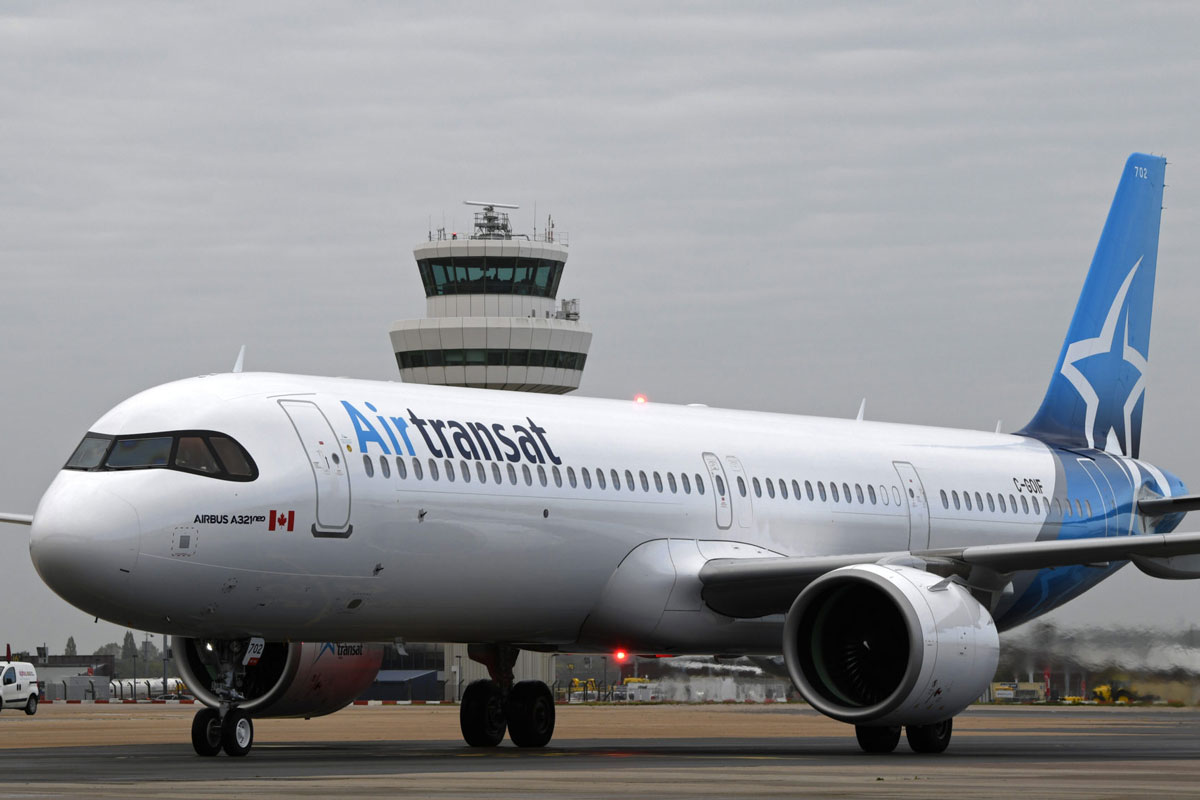 It’s been a year less of hidden catches and more of blatant blows for ~travel~. Despite experts calling for sustainable planning and airlines going to creative lengths to generate income, the industry has lost billions.

Forbes reports, “The expected loss in export revenues from international tourism is $910 billion to $1.2 trillion; $320 billion has already been lost in the first months of 2020, which is more than three times the loss experienced during the entire 2009 economic crisis.”

In tandem with that, according to the UN, international tourist numbers are projected to fall by between 58% and 78% from 2019 to 2020, which would result in an annual decline of 850 million to 1.1 billion tourists.”

There have been a few dollops of good news, however, proving even in tough times innovation can spring to the surface.

Case in point? A new aviation record was recently set, as Air Transat completed the world’s longest flight in a single-aisle aircraft.

The Canadian airline’s flight TS690 flew across the atlantic from Montreal, Canada, to Athens, Greece a week and a half ago – on Monday the 26th of October.

According to CNN, “It was the longest commercial flight that a single-aisle aircraft has been used for.”

“Although most people would flinch at the idea of a transatlantic flight in a single-aisle aircraft,” CNN reports that this plane’s economy class seats “are 1.5 inches wider than in Air Transat’s Airbus 310” (though with a standard pitch).

Though this is the furthest a single-aisle commercial plane has flown, a test flight has previously gone further, according to Simple Flying.

“In April 2018, a test aircraft flew from Mahé in the Seychelles to Toulouse in France, covering 8,797 km in 11 hours. 162 heat-emitting dummies occupied the test flight’s cabin, and it also had 16 crew on board to emulate actual passenger flight conditions,” Simple Flying reports.

Smaller (single-aisle) planes may see a renaissance thanks to the pandemic, with international travel demand falling to unprecedented levels, and a slow recovery slated.

The fiasco which arose earlier this year, when Australian expatriates and travellers were forced to buy business class tickets if they wanted to get home, when Australia’s passenger cap was tightly in place (it has since loosened a little), showed how unsustainable it is to run flights with multi-aisle jets without filling them up.

CNN reports “TAP Air Portugal launched flights with the [single aisle] aircraft from Lisbon to Maceió, Brazil, this year, as well as to Boston (via Ponta Delgada in the Azores), and Montreal.”

The record breaking aircraft, which has been called a game changer by the CEO of Air Portugal, can carry up to 199 passengers.

“Norwegian also has 30 of the aircraft on order for its long-haul routes,” CNN reports.

The catch, as tends to be the case with smaller planes, is that headwinds cause headaches.

This proved consequential after the ‘record breaking’ flight, with CNN reporting, “for the return…[from Greece] the plane needed to refuel at Paris Charles de Gaulle” rather than going straight back to Canada.

A positive piece of innovation? Sure. But if we get to the point London to Perth starts being done on these planes; count us out…