“Manly has no culture[?] Sit down at the Office on a Sunday arvo, sun slowly coming down and the smell of a wharf bar session with a 6 pack and change my mind.” 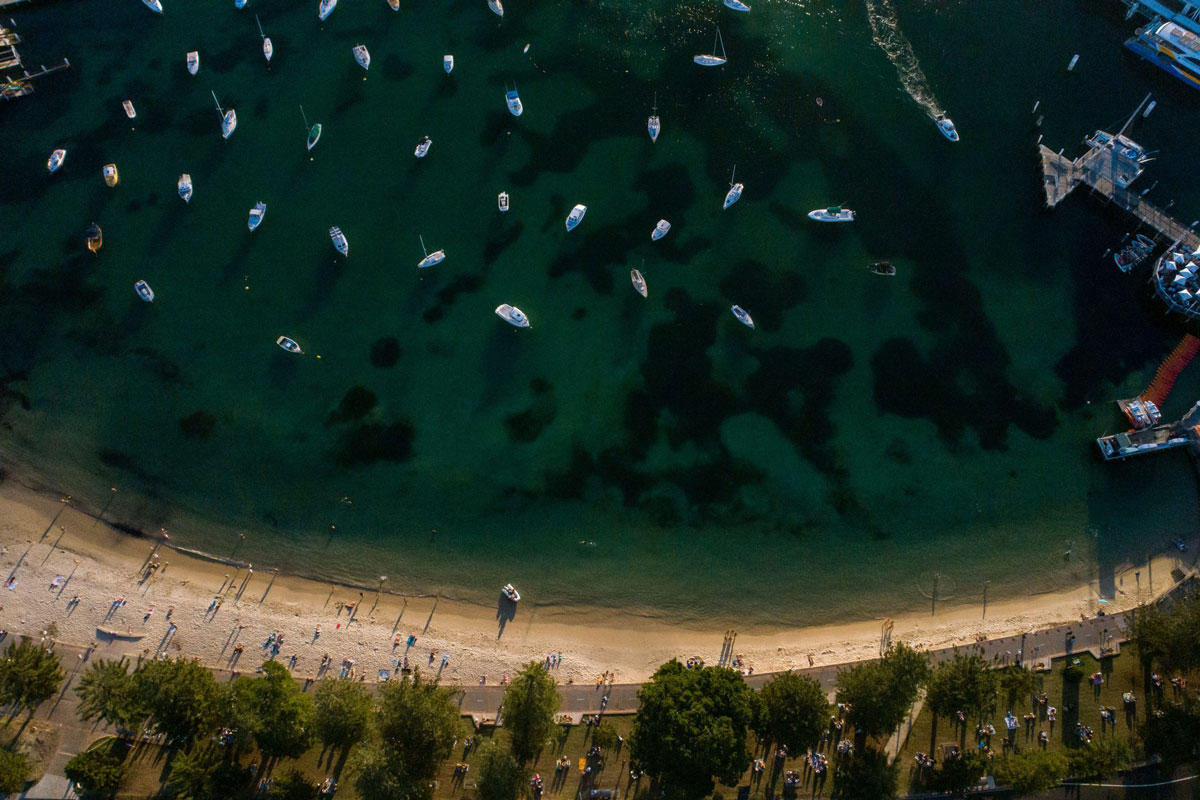 Melbourne has museums, Sydney has beaches.

The stereotypes go on.

The main accusation levelled? Sydney is the Los Angeles of Australia. We’re a bunch of basic b*tches and finance bros.

Compost bins out back, BMW’s out front.

Above all? Sydney has no culture.

However, there is one thing the rest of the world forgets in its mocking assessment of Sydney.

RELATED: Man’s ‘Unbearable’ Experience Reveals The Perils Of Moving Too Far Away From The City

Before you throw your bottle of Rioja at me: hear us out. I’m not suggesting Sydney has better nightlife than Barcelona or Berghain.

But from 3pm to 8pm in Spring, Autumn and Summer, Sydney is the place to be.

Whether you’re at Harbour Bar or Camperdown Park, there are a hundred places you can briefly, refreshingly, kill your inner monologue.

As the following photo shows, Manly’s East Esplanade is the perfect place to do this.

“Spending Fridays at The Office is such a relaxing end to the week,” photo poster Olivia Stauber told DMARGE.

“Splitting a $2 bottle of wine from Aldi next door and being surrounded by friends and strangers who are happy the week is done is the perfect way to cap your day.”

Drink free from 8pm to 8am (but otherwise a permanent BYO Happy Hour) East Esplanade has jokingly been dubbed ‘The Office’ by locals and backpackers alike (it even has its own Instagram geotag to boot).

The result? Perhaps the best drink spot in Australia.

Sure: it may be due to our dearth of a passable nightlife scene. But all that energy 20-35 year olds are not wasting on a sticky dance floor between the hours of 3am and 6am, like they might in other cities, gets sucked back into this golden pre-sunset moment, in a way you don’t quite get anywhere else.

While Europeans have “meditative” cafe experiences (the benefits of which, thanks to our takeaway culture and phone scrolling addiction, Australians miss out on), we have day drinking.

“Café life is when you just take the time to love a little instead of rushing from place to place. It is when you can afford to wait 15-20 minutes to have your order taken for a simple coffee and another 15-20 minutes to have it brought to you… The time it takes to fully enjoy the simple pleasure of another person’s company, a fresh newspaper or a good book,” Paris photographer Patrick Colpron wrote earlier this year.

We’d argue you get the same kind of thing at The Office – but for hours. 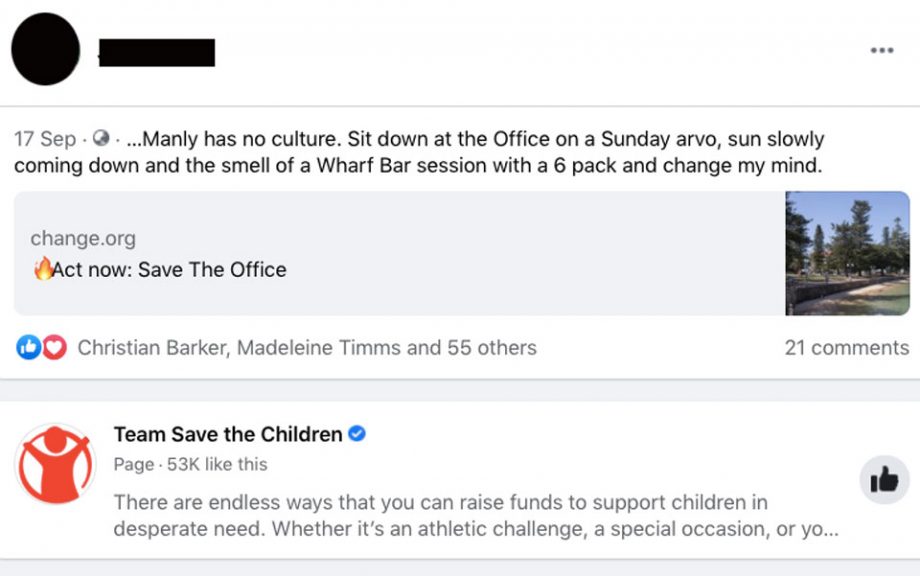 One Facebook user summed it up masterfully, recently writing: “Manly has no culture. Sit down at the Office on a Sunday arvo, sun slowly coming down and the smell of a wharf bar session with a 6 pack and change my mind.”

This came in response to the outrageous news Cr Pat Daley is trying to make East Esplanade a drink-free zone 24/7.

The user was trying to garner support for a petition against the proposed change. The petition now has 5,590 signatures.

“Save The Office,” the petition reads. “A fantastic area to enjoy a sunset drink with friends and family.”

“Cr Pat Daley is attempting to shut down ‘The Office.'”

“He is putting in a motion at the next council meeting to make East Esplanade a 24-hour alcohol-free zone.”

“Pat, don’t be the hero that ruins Manly for the rest of us. Leave the office as it is, and when appropriate, return the alcohol-permitted hours to normal. It goes without saying the outcry to follow will come at you thick and fast if you don’t.”

“The necessity to enforce a 24/7 alcohol prohibited area during the peak of COVID-19 restrictions was an understandable one, but let’s not use this as a justifiable excuse to enforce the ban permanently. Life might not be what it once was for a little while longer – that I realise – but to do so in perpetuity would be leading us all down a very slippery slope.”

The decision was set to have been debated in late September 2020 by the council, with an update to the petition on the 22nd September reading, “The Council will vote next week to end the Office (or not).”

It would appear a firm conclusion has not been reached, with The Manly Daily, as far as DMARGE has seen, not having reported on any outcome.

Recent ‘The Office’ posts suggests whatever decision was made (or not made) in said meeting, for the time being ‘The Office’ lives on.

Just 18 hours ago (from the time of writing) The Office was pumping.

Comments left beneath the petition show the perspective of some The Office enthusiasts on the prospective new rule.

“I pay 2 lots of rates to Northern Beaches Council for the privilege of sitting on the grass at the office, drinking wine with family and friends and having a swim while watching the sunset,” one wrote. “Young families who are not in a position to go to bars or clubs with their young children gather here to enjoy the little slice of Heaven that Manly offers.”

“Lets embrace what we have and enjoy it responsibly. Oh and if you are one of the many fortunate owners who live on the strip who constantly complain, pop on over for a bevvie, you might enjoy yourselves.”