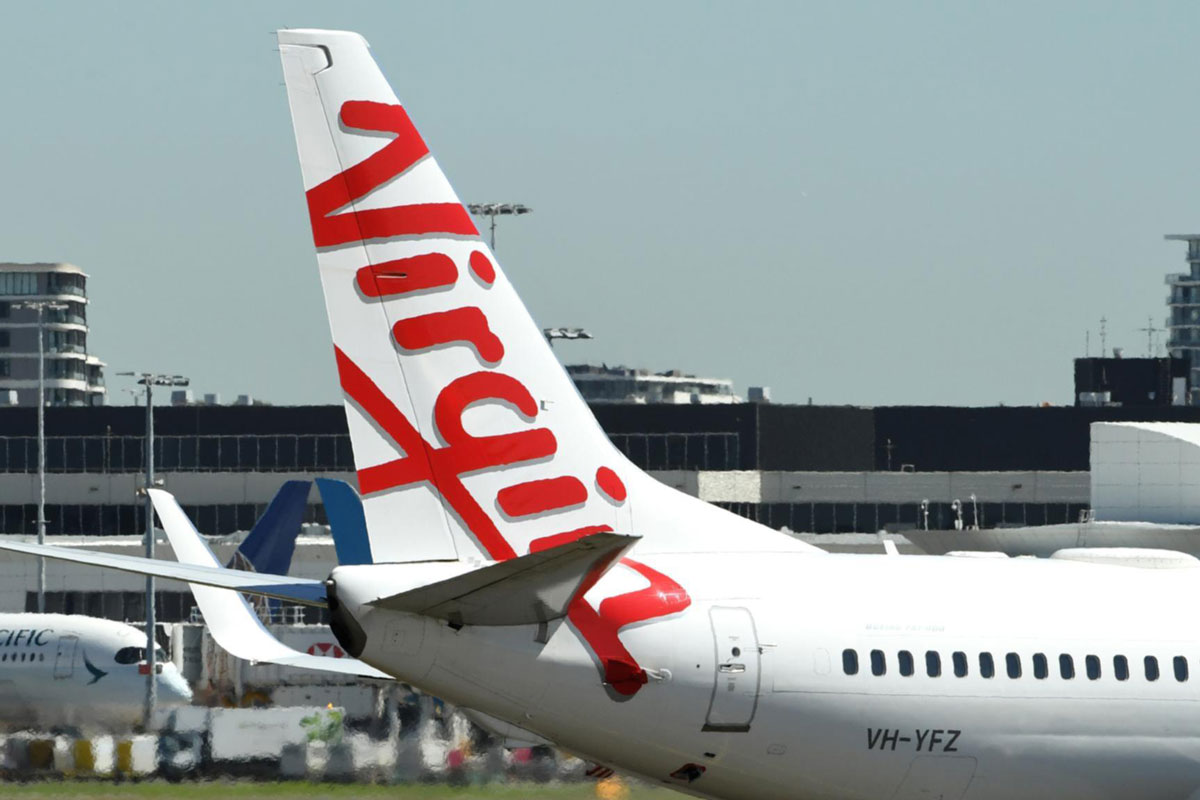 Two weeks ago, Qantas offered a seductive deal, which allowed frequent flyers from other airlines to switch to The Flying Roo, fast-tracking their status if they jumped to The Sunny Side.

Now Australia’s Other Big Airline, Virgin Australia, is returning the compliment. From today, Qantas Frequent Flyer Gold status and above members are invited to receive a Velocity Discover Gold Status trial membership, with Virgin offering to status match said Gold members and above, if they switch to The Purple Disco.

Some news outlets have characterised this as a conflict, with The Australian calling it a “frequent flyer war,” The Daily Mail calling it a “counter attack” and Business Insider describing how the airlines are “battling it out.”

“Virgin Australia Goes One Better On Frequent Flyer Offer,” Virgin Australia announced, claiming “any airline can match a member’s status, but no airline can match our service!”. Though the airline does appear to be getting back on its feet, it may take some time to shift certain passengers’ cost-cutting perceptions after the ‘Noodlegate’ incident earlier in this year (though that’s a story for another day).

In any case, Virgin is far from alone in tightening its purse this year.

Virgin Australia also announced they will extend the status of existing Gold and Platinum Velocity Frequent Flyer Members for up to a year if they fly at least once (on an eligible flight) before the 28th of March 2021.

To discover the gold match status offer Qantas Gold status and above members must fill in a short expression of interest form by the 21st of December 2020. This will enable them to receive a three month Velocity Discover Gold Status trial membership, which offers complimentary Lounge access, priority boarding, preferential seating, higher checked baggage allowances, and lucrative bonus points when customers book and fly with Virgin Australia.

“To retain Velocity Gold status for 12-months and receive an additional benefit of Velocity Gold membership for their companion, they are only required to take one eligible flight and earn 80 status credits during their three month Discover Gold Status trial period,” Virgin Australia announced.

“This is a highly sought-after reward only previously awarded to the most active Velocity members.”

There were further incentives to fly announced too: Velocity will reward Gold and Platinum members with 5,000 bonus points when they take two eligible flights with Virgin Australia by 28 March 2021, the airline says, and Economy X upgrades will also be offered to Velocity Gold members, and Business Class upgrades to Velocity Platinum members, when they take three or more eligible flights in the same period.

Speaking at Brisbane Airport, Virgin Australia Group CEO Jayne Hrdlicka said domestic airline competition was alive and well and thanked the airline’s loyal Velocity members, particularly those who have stood by the program and the airline this year.

“Virgin Australia was the first airline in Australia to bring genuine competition to the domestic market, and that competitive spirit is in our DNA, so we’re happy to offer a more compelling loyalty offer than what is currently in market.”

“Travellers are longing for fun and friendly service, consistent on-time performance, an exceptional safety record and value when they travel, and these are the things that Virgin Australia is so well-known for and why people choose to travel with us over our competitors.”

In regards to the status match being offered to members of Qantas’ frequent flyer program, Hrdicka said, “We’re pleased to welcome Qantas members to Velocity who are interested in taking advantage of cheaper fares, award-winning cabin crew, and great rewards for ongoing loyalty. We look forward to welcoming them onboard this summer season.”

Hrdlicka also hinted more initiatives may be on their way: “This is just a sign of things to come, and that the good news will keep coming from Virgin Australia.”

Finally, Virgin Australia also announced, “Velocity Frequent Flyer members are an important part of the future of Virgin Australia and the measures announced today follow confirmation that the airline’s Melbourne and Sydney lounges will reopen on 15 December.”

“The Brisbane Lounge reopened last month and the airline’s Gold Coast, Perth and Adelaide lounges will reopen early in the new year.”