“The best gift I could receive for my birthday.” 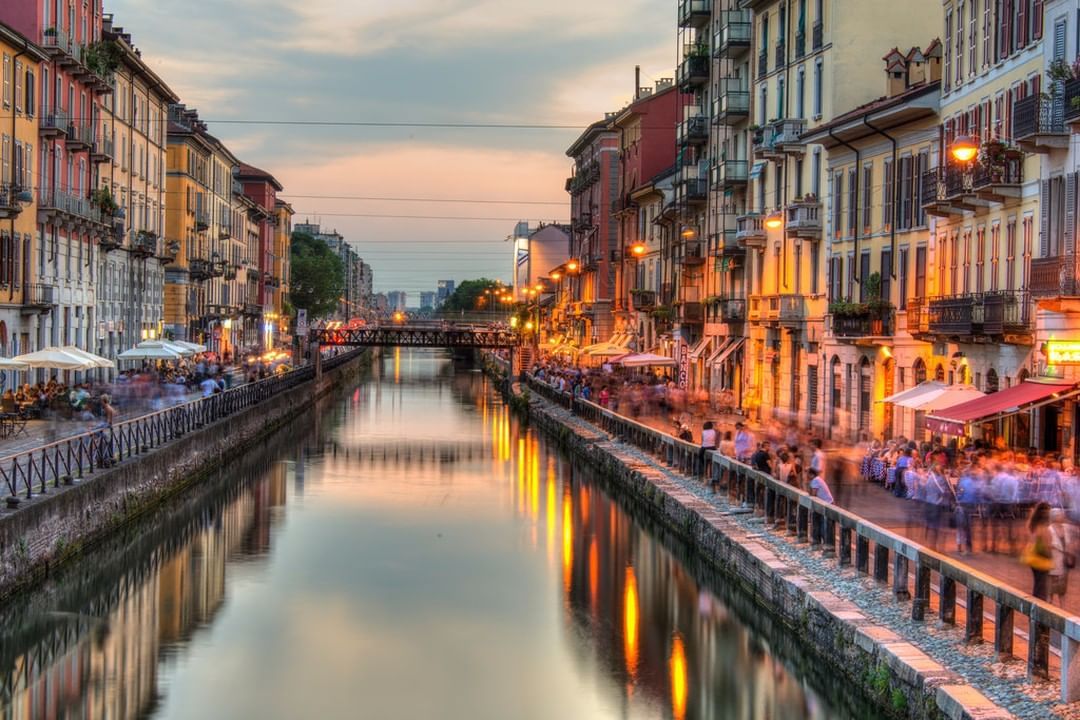 Smoking is a deadly sin. But that doesn’t stop every Australian and American exchange student to ever set foot in Italy from developing a menthol fetish. Neither does it stop 998,000 Italians between the ages of 25 and 34 from smoking regularly.

In a move that would make Australian authorities proud, however, Milan has just banned smoking from a range of public places. The upshot? The fashionable crowds who usually mill around the city’s canals, aperitivo in one hand, cigarette in the other, may now face a €40 fine.

“Smoking within a 10m (30ft) distance of other people is no longer permitted… at bus and tram stops as well as in the city’s parks and green spaces, sports and recreational grounds, children’s play areas, stadiums and cemeteries,” the BBC reports.

“Italy was the first country in the EU to bring in an indoor ban on smoking in public places in January 2005.”

“Milan is now the first Italian city to introduce such an extensive outdoor ban, part of a package of measures to improve air quality and combat climate change.”

The new rule has also been introduced in order to protect citizens’ lungs, the importance of which has been hammered home by COVID-19. Perhaps it shouldn’t be so surprising then that locals – smokers, even – appear to be on board with the change.

Milan will ban from tomorrow #smoking in parks, stadiums and bus stops.

This is a great for the health, I hope cars will be banned from the the city center as well.

Milan based Twitter user Pinar Pinzuti wrote: “Milan will ban from tomorrow #smoking in parks, stadiums and bus stops. This is a great for the health, I hope cars will be banned from the the city center as well.”

“The ban on smoking outdoors in Milan is the best gift I could receive for my birthday,” wrote another user.

Per Google Translate, this translates to: “However, those who enjoy the ban on smoking in Milan and then break up with cocaine in public toilets are tender.”

Finally, yet another Twitter user hinted at an even scarier proposition they had in their head (though they forgot about the fact smoking immediately impacts those around you, while alcohol usually doesn’t).

Have a look at this. That is how tip-toes work. Little by little. Smoking is planned to be wiped out, so why do you think the same wouldn’t happen with alcohol? It’s just as bad for you… https://t.co/ZmpYcqsIwv

By and large though, the response on Twitter – usually known as quite a negative platform – was positive. Even smokers themselves are getting behind it, the BBC reports.

“The ban, which does not include electronic cigarettes, is being welcomed by smokers and non-smokers alike. Giulio, a doctor, describes it as ‘a very important decision to show respect to each other’. Emanuela, who is a smoker, says she considers the ban a necessary step: ‘Everyone knows that cigarettes cause cancer so people should not be forced to inhale our smoke.'”

The ban comes into effect from Tuesday the 19th of January 2020, and is set to continue indefinitely.

Put that in your pipe and smoke it.